For other signs from around the world please go over to Tom's blog.

On Sunday Jose and I went to the city for a preview of Perth's new Museum - the Western Australia Museum Boola Bardip ("many stories" in the Whadjuk Noongar language) which was inaugurated on the 21st November.

Between the Museum and the State Library of Western Australia  was Marli, the black swan made out of 10,000 plastic bottles, which is equivalent to what our state consumes in just 4 minutes!

This giant five metre high and three meter wide black swan was originally unveiled in Yagan Sqare in Perth's central business district on 18th September, ahead of the 1st of October launch of "Containers for Change" which provides a 10 cent refund for plastic beverage containers. 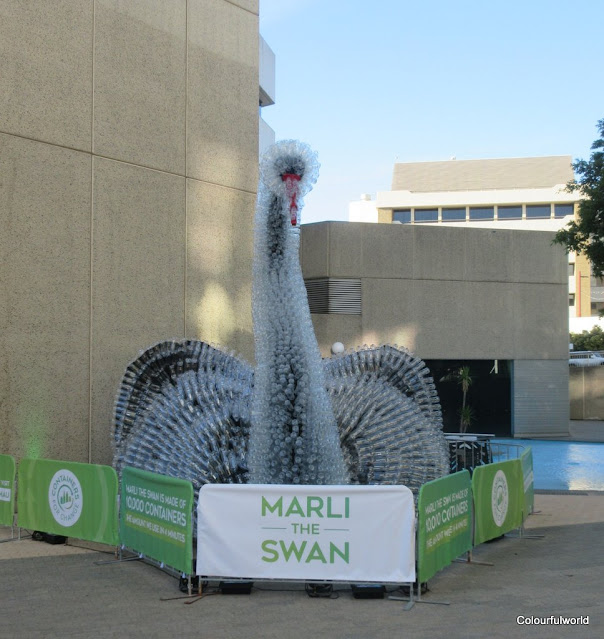 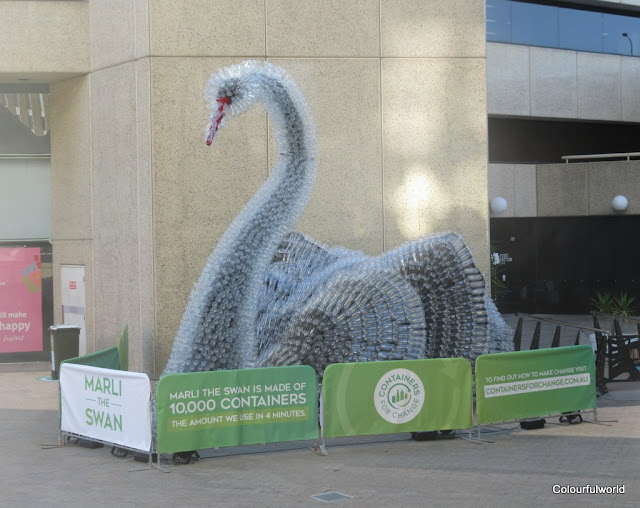 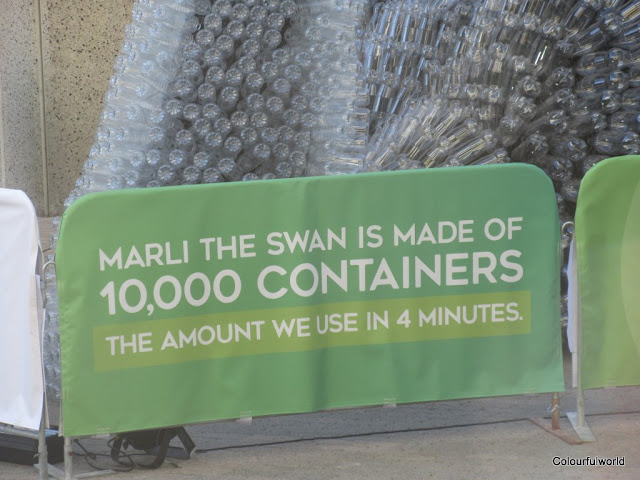