Monday Mural - At the Museum

Another mural I spotted when we were on the way home from Dr J, after picking up some pieces of furniture when she moved housed in October.
We took the river route home and I spotted the mural and had to ask Jose to turn around so I could go and photograph it 😊.
It can be found on the walls of the Freshwater Bay Museum at 66 Victoria Avenue, Claremont.
The building was built in 1862 and originally functioned as a school. It later became a church, a boarding house for men and a police station, and only became a museum in 1975.
Sadly I haven't found out who painted the mural.

Be sure to link back to this blog and visit your fellow posters.  Looking forward to your mural finds posted this week.
The Monday mural meme is posted on Monday at 12,01am, Perth,Western Australian time. Thanks, Sami. 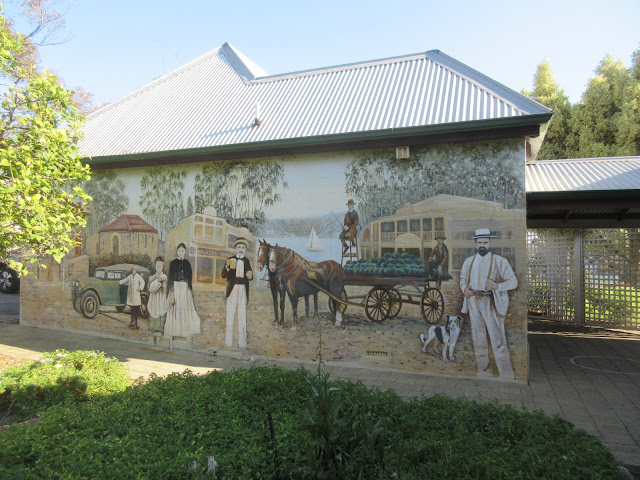 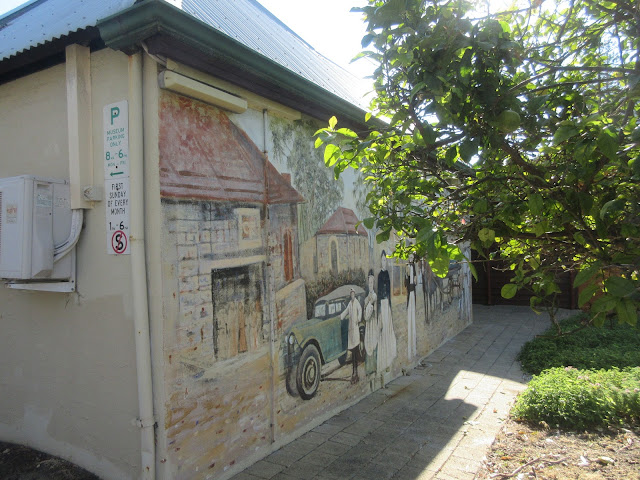 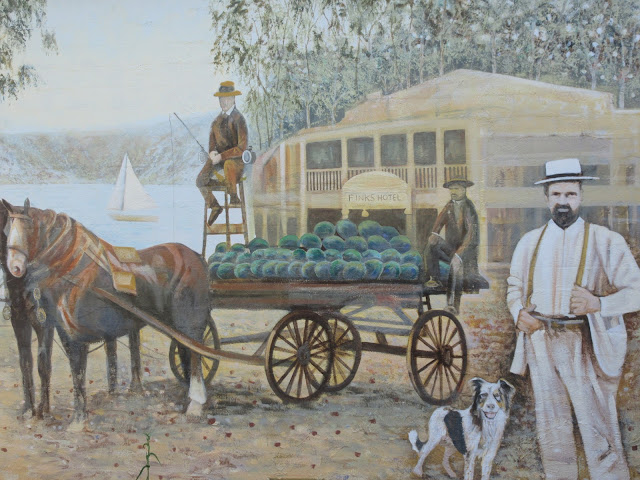 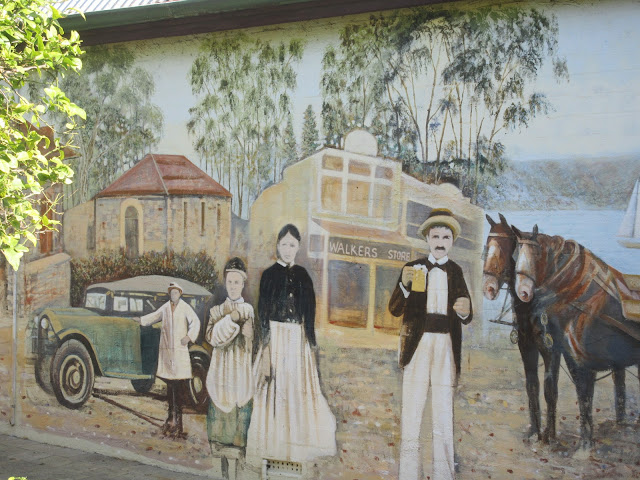