just follow the Linky steps below.  Once you start looking you find murals everywhere.
Be sure to link back to this blog and visit your fellow posters.  Looking forward to your mural finds posted this week.   Monday mural meme is posted at 12,01am Monday, Western Australian time. Thanks, Sami.

Again, while going through old photo murals I found murals I had photographed in November 2017 in Subiaco, an inner city suburb, and never posted.

I had mentioned the Paint Subi project that was held on the 11th and 12th of November 2017, in my post about Open House Perth 2017, but never posted the individual murals.

On Saturday 11th November I had joined the Mural Walk, and most of the local and international artists were still busy painting their murals for the week long "Paint Subi" project supported by Form WA.

The first mural we visited was at 15 Railway Road, and was painted by Sioux Tempest, a Perth artist who has painted a few murals around our city. 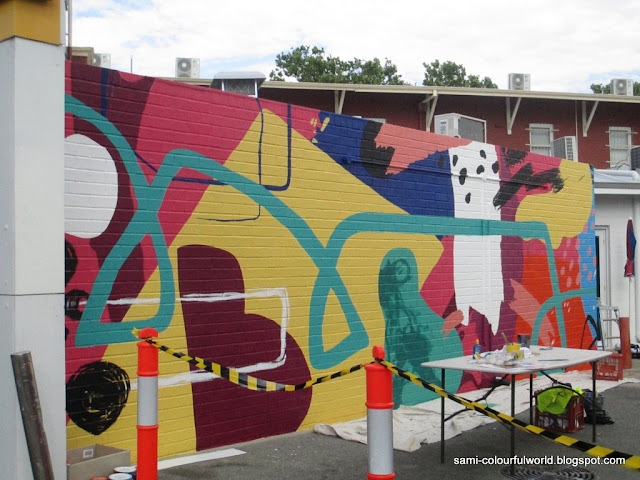 The next mural was on nearby Rokeby Road, painted by Dominican born American artist Evoca, on the walls of the Australian Post building in Rokeby Road. Boy on the red bike,  shows a young postal worker on a bike delivering parcels alongside a black swan - the official state symbol of Western Australia. 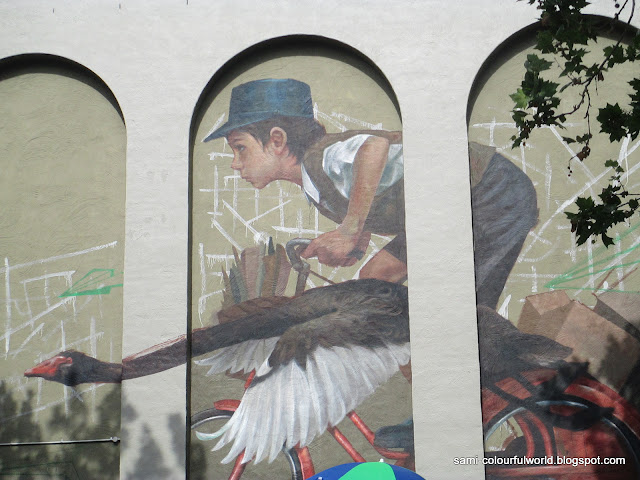 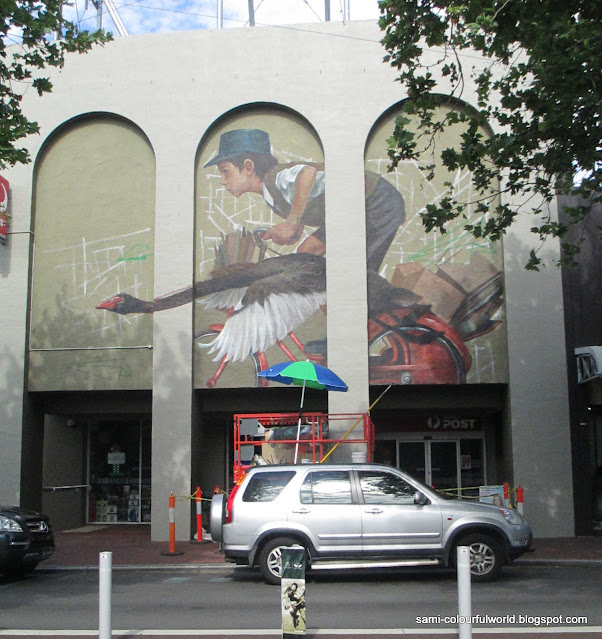 Next week I'll show a few other murals from Paint for Subi.