Instead of the usual Wednesday signs meme, I'm posting a tribute to our lovely Fluffy. 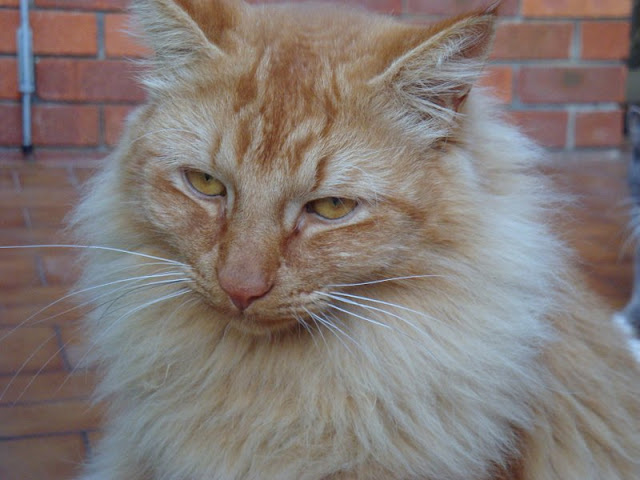 Fluffy along with 7 other kittens came into our lives on the 17th February 2007, when Mommy and Baby gave birth to 4 kittens each, just outside one of our bedroom windows. The mothers weren't really our cats, they had pink collars, were well fed, but used to came around to our house just after we moved in, came inside, jumped on to the sofas....end even though I would put little notes on their collars to find out who they belonged to nobody ever owned up to them. The house had been empty for quite a while, as the previous owner had died, so they didn't belong to the old owners. Eventually they just moved in, and just a couple of weeks before they gave birth did I notice they were pregnant when I saw they were getting a bit fat .

We adopted out all but 3 of the 8 babies through an organization called "Safe - Saving animals from euthanasia" - my son Michael wanted Fluffy, and the other two girls Shelley and Twiggy sadly just didn't get adopted as they were the "ugliest" little kittens.  Mommy and Baby have sadly also passed away in March 2014 and February 2015.

As the only cat male in the household Fluffy was always the boss and a bit of a bully, but at the same time he was very loving, very social and when sleeping next to us on the sofa he always made sure he had one of his paws on top of us. If Jose did gardening he would be next to him and help him dig. He loved to lie on top of my desk at night when I was at the computer and he would go to sleep with his head on top of my left hand as I typed away, or would rest his head on the keyboard and send off a bunch of weird characters.

He was the perfect model too. 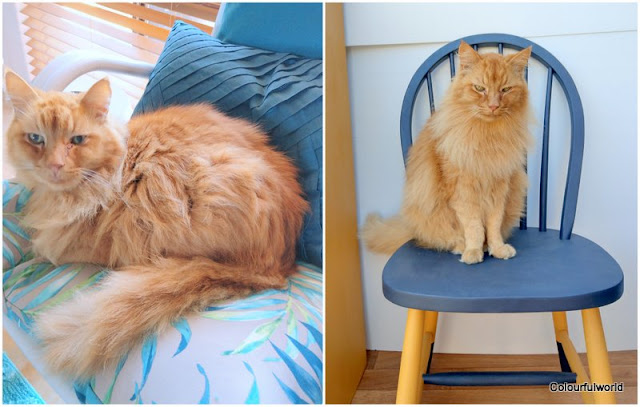 At 13 1/2 years of age Fluffy was put to sleep yesterday, 9th February. He was only diagnosed with Chronic Kidney Disease stage 4 on the 29th January. His diet was changed to low phosphorus kidney food and he was given medication for blood pressure.

I joined a wonderful Facebook group - Feline Chronic Kidney Disease that I came across when searching for info online. They have a wealth of information and lots of caring fur parents.

In the last 3 days he was constipated, and I was having trouble syringing food and water into him, he just closed his mouth and I had to force it into him. He didn't even want to lick a bit of cream which was a favourite before. I tried all sorts of foods, bits of liver, bits of boiled chicken...he would take a few licks, eat a bit or two and then turn away. All he did was sit in corners or hide somewhere, he could hardly walk he had lost so much muscle mass.

I took him to the vet again on Monday 8th and she said his kidneys were highly enlarged, she suspected lymphoma and he had lost a further 400gr. In total over 5 weeks he had lost 700gr.

Even though he was so sick, at the vet he would just purr away which was quite strange as most cats would be quite scared. She could hardly listen to his heart as he just purred.

She gave him fluids and constipation relief and suggested I either take him for an ultrasound and we would go from there with medication, but she thought this would only prolong his life by a couple months, and at a great monetary cost to us, or let him go which would be her option if it was her cat. She asked me to discuss the options with Jose and she would call me later that night to discuss, as whatever option we had to act quickly as Fluffy was really very sick.

As hard as it was we made the option to let him go, as we could see he was suffering a lot, and when she called at 8pm on Monday we arranged for an appointment for Tuesday 6,15pm after all her consultations, so that we could have some quiet time.

He was surrounded by me, Jose and Michael who also wanted to be present in Fluffy's last minutes.

I've been changing his two sisters diet from all dry to wet food and hope that they don't get this debilitating disease.

I will miss my computer buddy, RIP sweet Fluffy 😢. 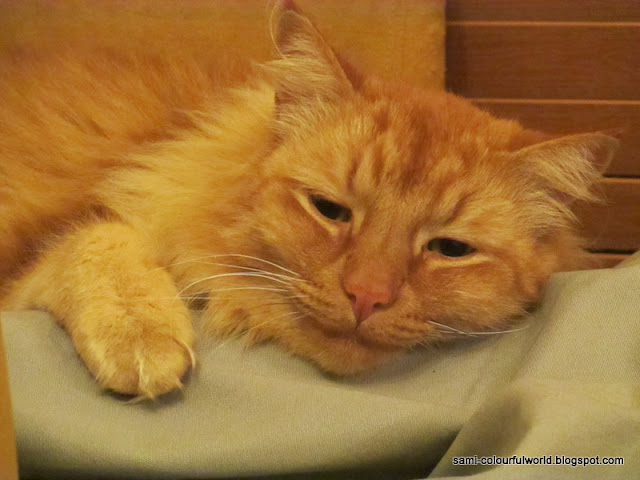