We just celebrated Valentine's day on the 14th, and these signs would go well with he day.
The Love signs were part of a fundraising campaign for The National Heart Foundation.
The first photos were taken in February 2014, in front of Glenelg beach in one of my visits to Adelaide (on the east coast) when Jose was working there.
For a $10 donation you would get a padlock with a heart shaped fob on which you could write a tribute or love note to your valentine or loved ones, which would then be attached to any of the 2mt high letters. Apparently the structure attracted more than 7000 couples and became a unique backdrop for wedding photo shoots.
The following year the Love letters came to the city centre of Perth where they were displayed from mid January to mid February in the Murray Street Mall, and the last two photos are from that event, where you can see the letters were already very much covered with love notes, while the ones in Adelaide were taken at the start of the campaign.
For other signs from around the world please check Tom's blog.
In Adelaide: 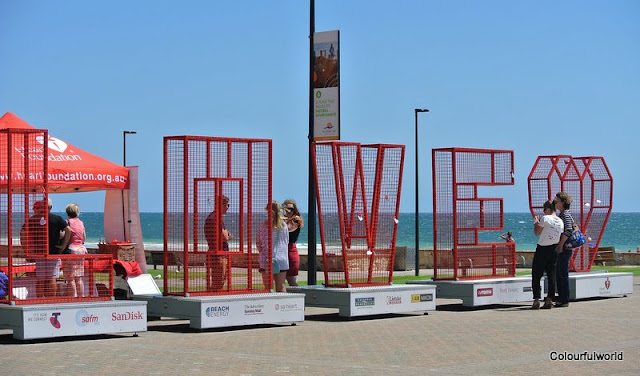 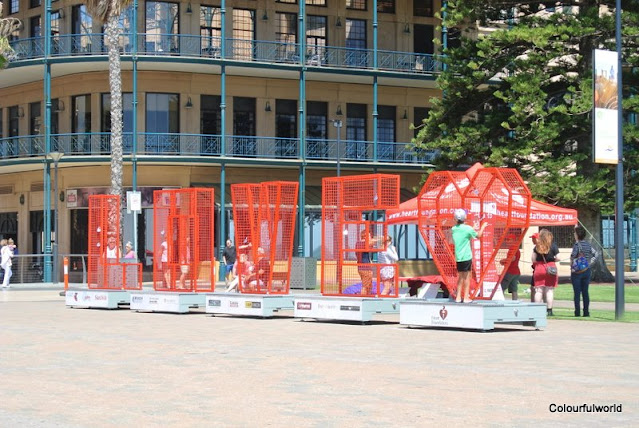 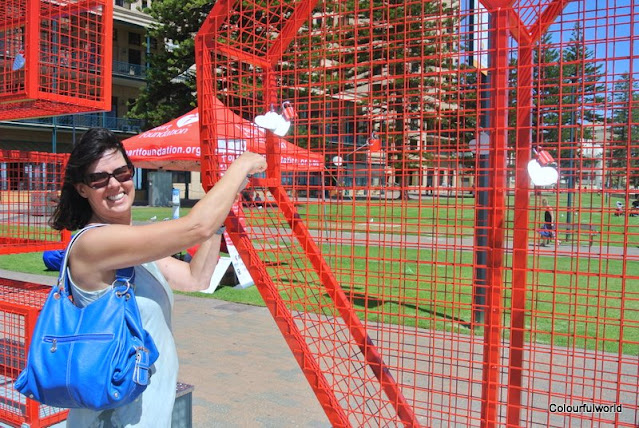 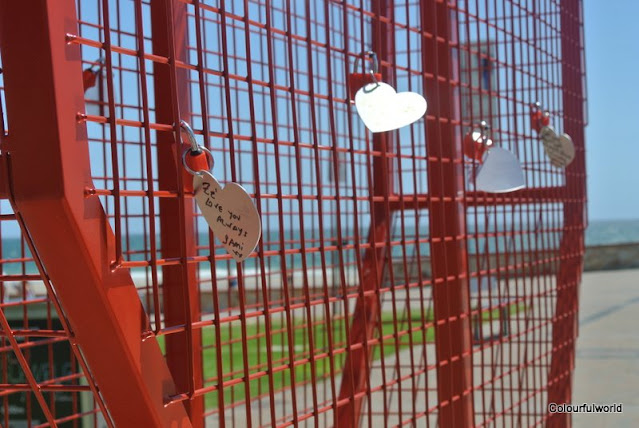 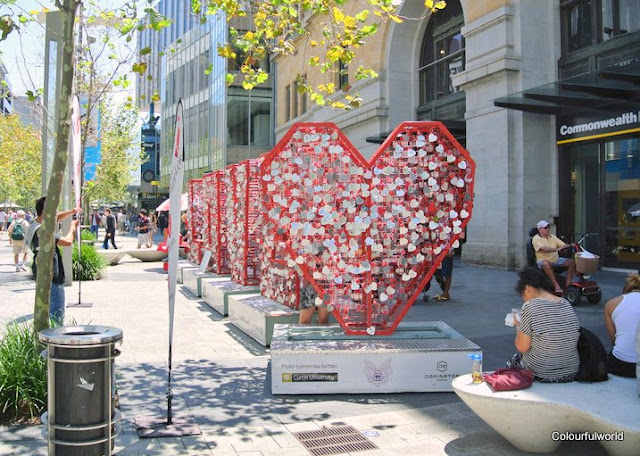 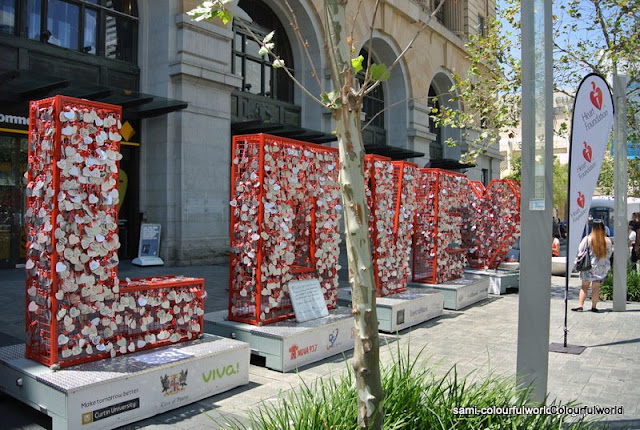