My husband celebrated his birthday on the 5th. This year we didn't do anything special to celebrate, I baked him a simple cheesecake and we went out to dinner with another couple who we've know for 36 years.

The cats celebrated their 13th birthday on the 17th. Fluffy seems to be going deaf, Twiggy has arthritis and limps when she jumps out of bed after her long naps and Shelley who has always been overweight seems to be the healthiest at the moment.

One of doves that visit our backyard nested in our Bottlebrush tree. A couple of weeks ago two babies hatched, and just today after a few days of climbing around some of the branches, they have taken their first flight.  Mother Dove still eats the bird seed we put in the feeder, so hopefully the babies will follow suit.

I finished painting a table and chairs for a lady I met via my suburb's "Buy Nothing FB group", and she was thrilled with the result. Her room seems so much brighter now.

She eventually would like me to paint the rest of her dining room furniture. She has now bought fabric to reupholster the chairs, and I've offered to help her with it. 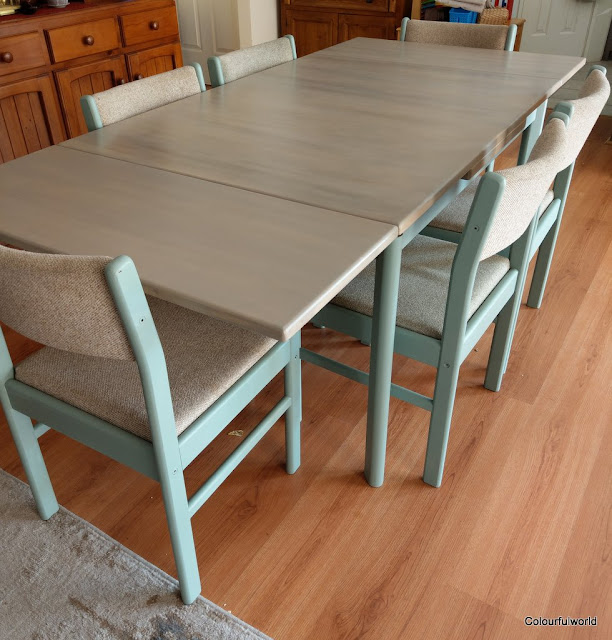 The bedside tables I bought on Marketplace at the end of last month were painted in pink and sold the day after I finished them. 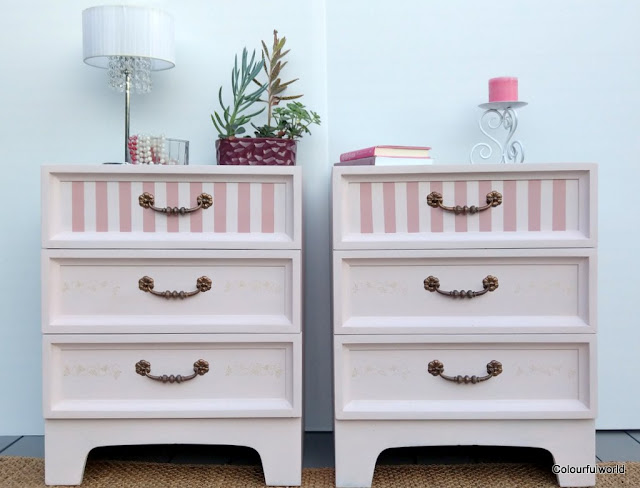 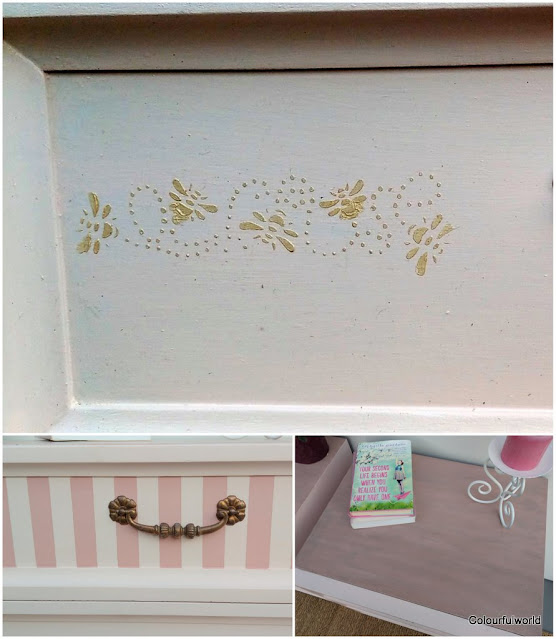 And this is what the bedside tables and table and chairs looked like... What do you think? 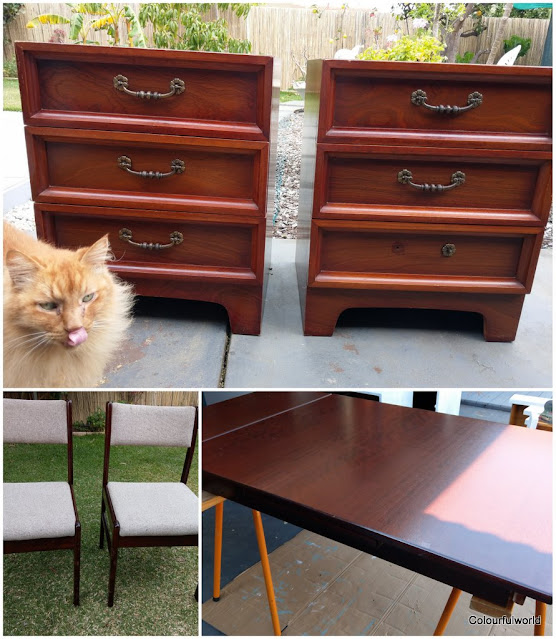 I managed to score a lino floor for free on FB Marketplace, and now I have a "wood-like floor" to stage my pieces before advertising them for sale.

Mid month I took the train into the city to meet up with two ex-colleagues.  We walked around Perth's Cultural Centre and to take a peek into the new WA Museum Boola Bardip, which is reopening to the public on the 21st November after 4 years of renovations and building. 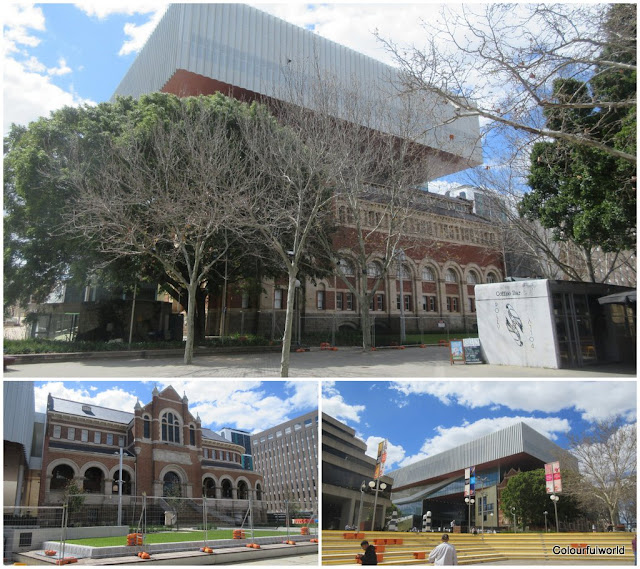 In the area there is a Community Garden, which is very well looked after, with lots of herbs, some veggies, fruit and being Spring some wildflowers. 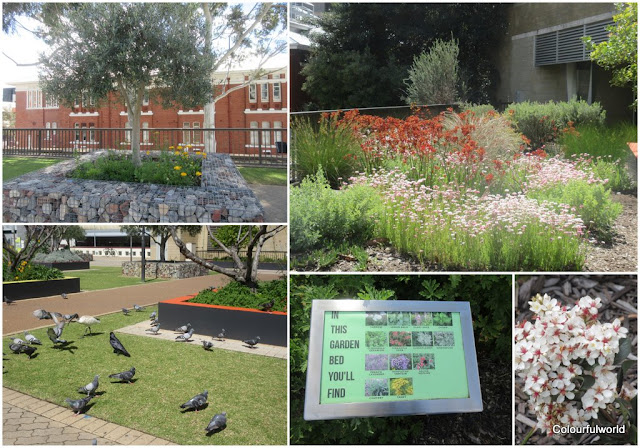 Plenty of colour in the city - an orange racing car, a piano covered in Aboriginal art, the colourful pavements leading to the Technical college, a pink food caravan and a rainbow    table and seat. 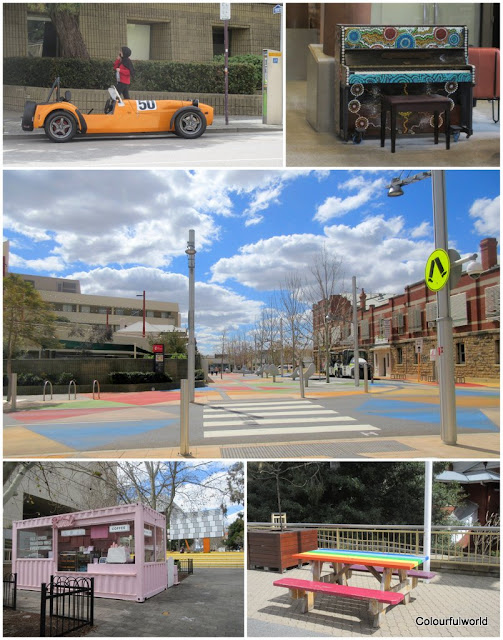 We had a simple lunch at Yagan Square and the three of us caught the train home.

On the 27th, the Western Australian Portuguese Australian Women's Association hosted a High-Tea event for women only at the Scarborough Life Saving Club in the suburb of Scarborough.

The event sold out in the first or second week it was advertised, and it was attended by 77 ladies, and we had a couple of guest speakers - a Portuguese psychologist who talked about Mental Health issues and Domestic Violence and we had a young lady who talked about her personal story about suffering emotional abuse and how she got out of the relationship.

We had a door prize and sold raffles for a few goodies donated to the Association.

The day before the event, while some of the Committee members set up the room and decorated the tables, I was in my kitchen making mini-sandwiches, using 9 loaves of bread.

By golly, I had no idea of the amount of hours I would be spending making sandwiches for that crowd... but I will remember it for the next events and ask that the work be more fairly shared.

Anyway the event was a success and so was the food - far too many mini-cakes, sandwiches and quiches.

At the end of the event, a lot of people helped us clean up the hall, wash dishes, etc and the left over food was taken home by the Committee members. 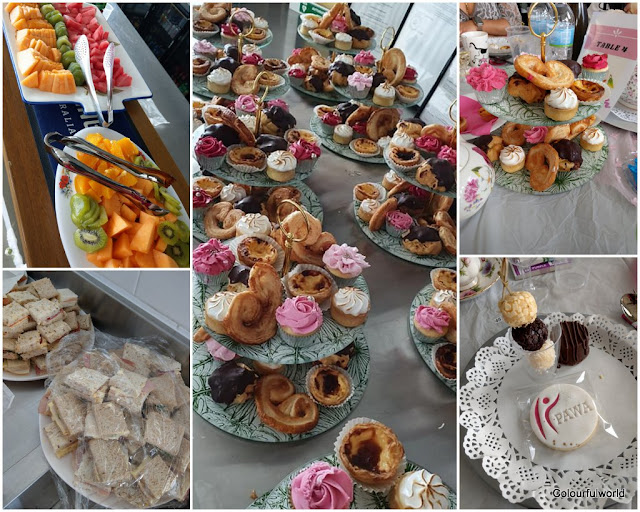 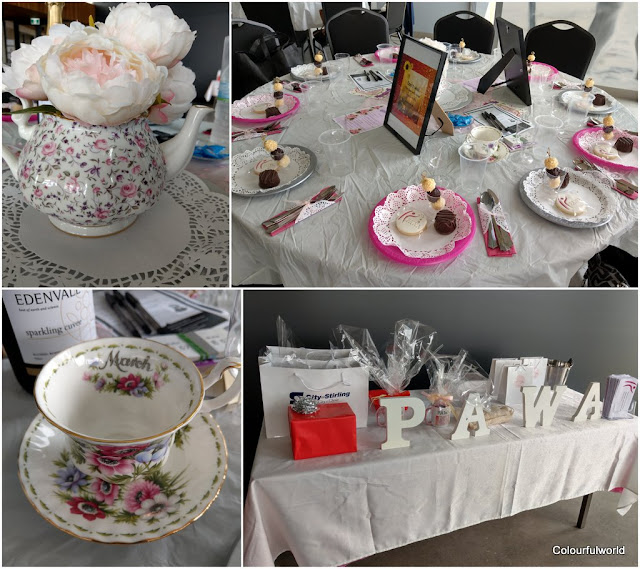 When we locked up the sun was setting over Scarborough Beach. 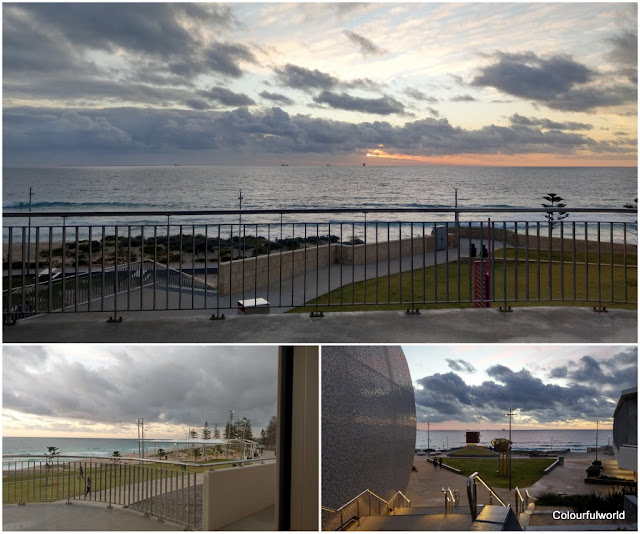 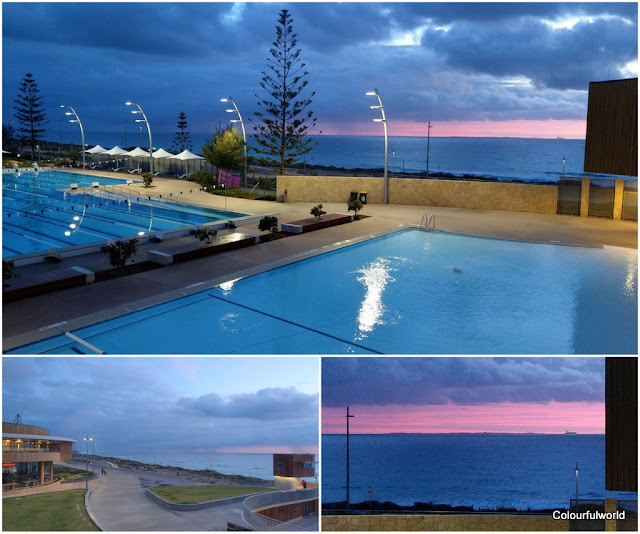 Hope you all had a great month too 👩.
Participating in Feline Friday and Saturday Critters.
Posted by Sami at 23:09