On the outskirts of the city centre and northwest of Perth's beautiful Kings Park is the leafy suburb of Subiaco or Subi. On the second day of the Open House Perth, this was where I first headed to for my first visit of the day.

1) The Sustainability House was designed and built by a couple, she being a University architecture teacher and he being a lawyer in the area of construction and building law as well as being an architect, both having a passion for sustainable living and low maintenance materials. 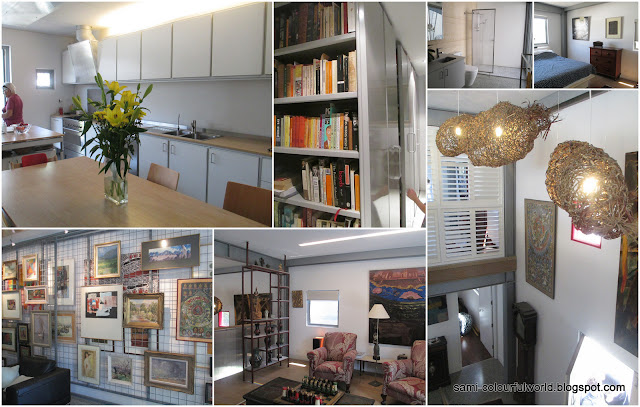 I loved the picture gallery in the lounge/kitchen area, where the art hung from a metal rack that could be pushed from one side to another thus showing different art.
The house had a basement where there was a laundry, study and an ingenious library where the units were sideways on a track rail, so as not to occupy much space. Another great idea!
The materials were all industrial like but used very effectively.
I asked the owner about constructions costs if building that way, and she said they were comparable to the building of a normal brick house but in the long term the upkeep and running costs are a lot lower. They had solar panels on the roof but no air-conditioning as the way the windows, blinds, and roof overhangs were placed meant the house didn't need cooling in our hot Summers.
The house has won a number of commendations from the Institute of Architects in 2011 including an award for sustainability.

2) Subiaco Mural Walk - in Subiaco I joined the tour guide at the designated meeting point and she took us around a few of the murals being painted as part of the "Paint Subi" initiative. A couple of international artists present were Okuda San Miguel from Spain who painted two big walls (right of photo) and the American Evoca 1, who painted the post office building (left of photo). I had a chance to speak to Okuda who was quite impressed with Perth and the beaches and said I was lucky to live here.

3) The Nature Inspired Eco House was just outside the Perth Central Business district. It was a simple house built behind another one with reclaimed materials, cement floors, unfinished walls. It would have been a cheap house to build and to furnish with vintage second hand pieces. The narrow lane leading to the house was beautiful with bougainvillea leaves on the pavers. 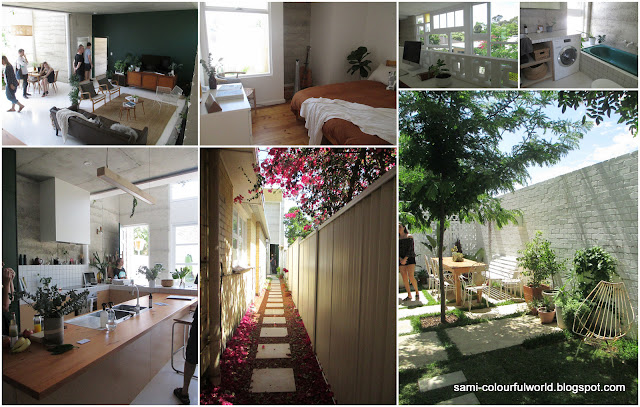 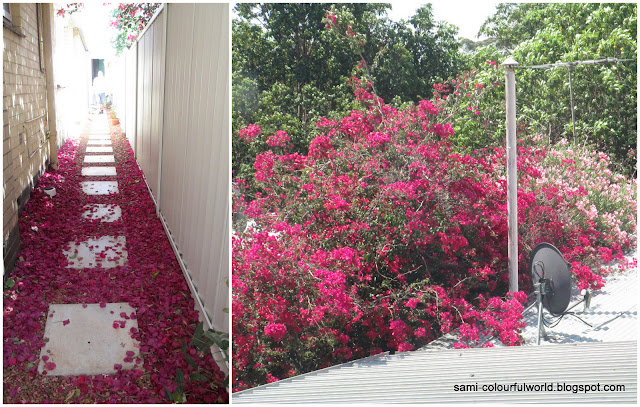 4) Perth Town Hall is an elegant heritage building in central Perth on the corner of Hay street and Barrack street.
Along with a group of people I very much enjoyed a guided tour of most of the building and  memorabilia. The guide was very entertaining and knowledgeable. 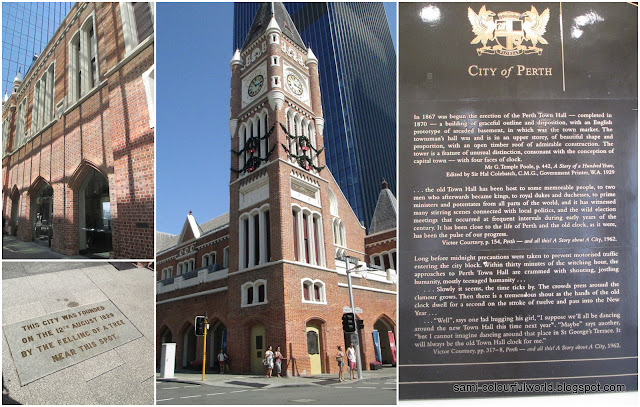 The building was finished in 1870, having taken 3 years to be built as part of a public works program using convict labour.  It's built in a Victorian Gothic style, with a market place beneath the hall and a watch tower at one end.
The clay bricks used in the building came from East Perth clay pits in what is now Queen's Gardens.
The market hall which until 1924 housed various tenants such as the fire brigade, insurance brokers and the tram office is now a space sometimes used for craft markets on weekends.
The imposing hall can be hired for wedding receptions, gala functions and meetings.
The lower foyer houses a model of the World War II warship HMAS Perth, as well as the ship's bells of the Perth I and II, while historic portraits and items of memorabilia are on display in the upper foyer.
The building underwent a complete restoration which was completed in 2005. 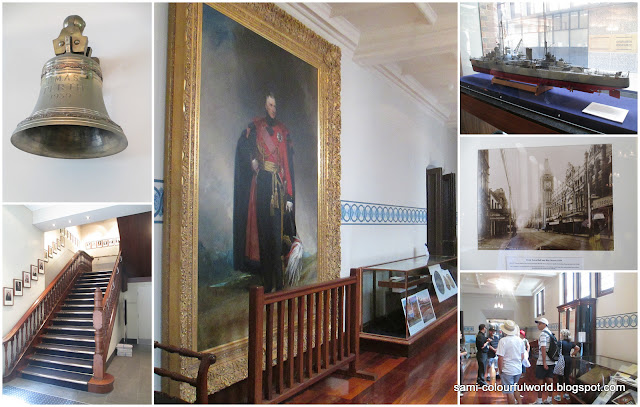 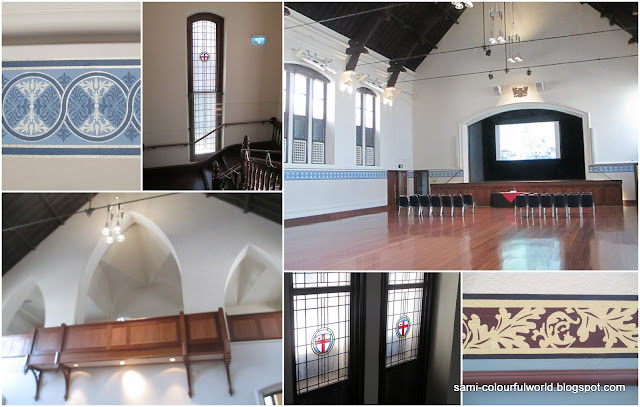 5) Museum of Perth housed in the beautiful Atlas building located at The Esplanade in the city centre is a initiative of the Perth History Association, a not for profit organization founded in 2015. The Museum chronicles the social, cultural, architectural and political history of Perth, and it was actually the first time that I had come across this museum.

The four-storey Atlas building on The Esplanade, was inaugurated in April 1931, built in the Art Deco style.
Until 1969, there was a life sized figure of Atlas supporting a glob atop the building, which due to maintenance issues was permanently removed, although the Atlas emblem can still be seen in some of the door hardware throughout the building.
The marble walls, leaded windows, letter box, first lift in Perth, etc make it a very interesting building. 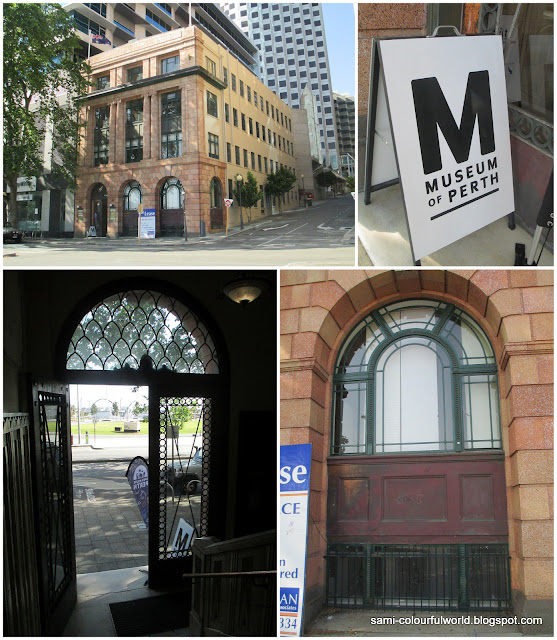 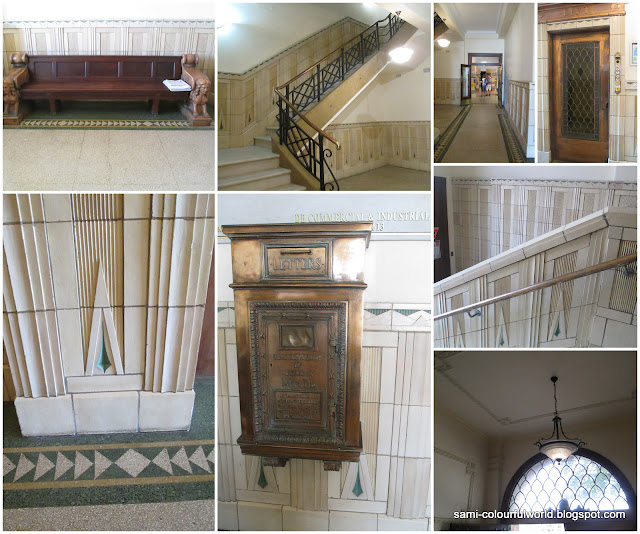 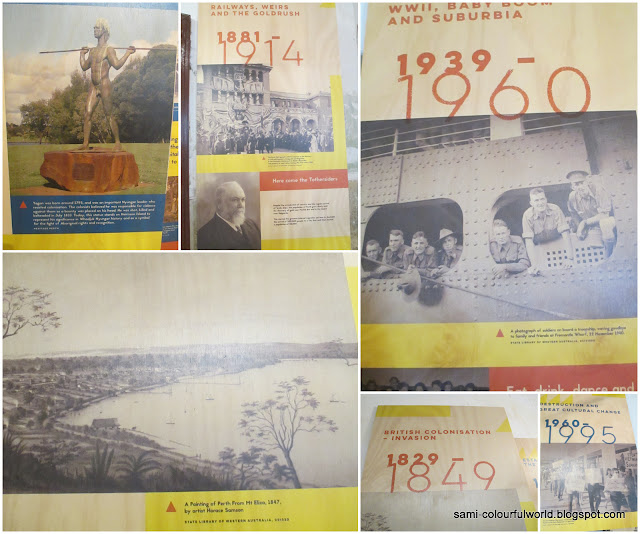 And so ended my weekend tour of the chosen venues for that weekend of the Open House Perth.
I thoroughly enjoyed seeing bits of Perth I don't usually see, and look forward to next year's choice. Hope you too enjoyed the other side of Perth. 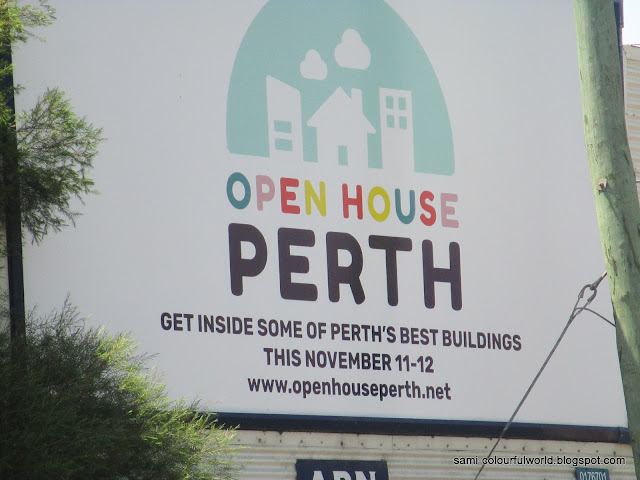