For other signs from around the world please check Tom's blog:

To celebrate my cats' 14th birthday on the 17th, today's signs are from Perth's Cat Cafe in Rokeby Street, Subiaco, which opened in Perth in 2014.

I follow them on Facebook and see photos of their many cats but I've never booked a visit to the Cafe. Have you  ever been to a Cat Cafe?

They never have more than 2 people per cat, and they adopted 10 cats from Perth's Cat Haven, which rescues and re-homes felines. 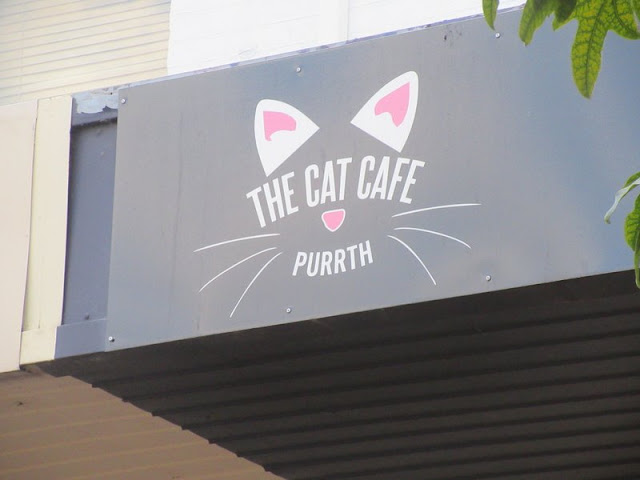 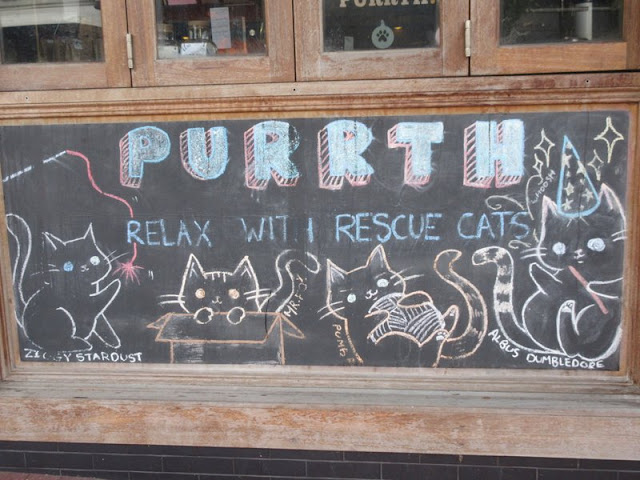 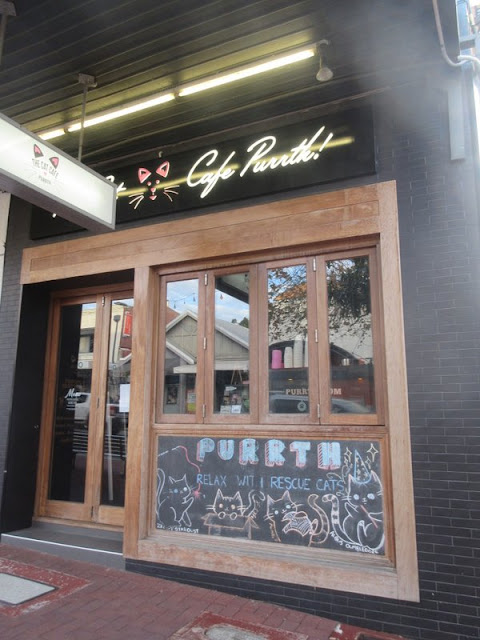 And talking about cats, it's Shelley and Twiggy's 14th birthday on the 17th 😉

To read about how we came to have so many cats at once when Shelley and Twiggy were born click here
I'll be going on a mini holiday to Darwin in the Northern Territory, from Sunday 19th returning home on Saturday 25th.
I'm super excited, the last time I was on a plane (to Sydney and back to Perth) was June 2019. And since our state of Western Australia has been closed to most other Australian states, makes it difficult to travel outside the state. At the moment we are only open to the low-risk states of Tasmania, South Australia and Northern Territory.
I'll still schedule the Monday Mural post for the 20th, but it might take me a while to visit everybody, as I'll be doing it via my mobile as I'm not taking my laptop with me.
Posted by Sami at 14:09

Email ThisBlogThis!Share to TwitterShare to FacebookShare to Pinterest
Labels: Cats and dogs, Signs