I love murals and street art. If you like murals or have a mural you'd like to post, this meme is for you.  Just follow the Linky steps below.  Once you start looking you will find murals everywhere.  The "Monday Mural" meme goes live on Monday at 12,01AM, Perth,Western Australian time. Be sure to link back to this blog and visit your fellow posters. Looking forward to your mural finds this week.  Thanks, Sami.

I have to apologize because I was so late visiting and replying to the Monday Mural posts of last Monday, but with the exception of 2 nights, there was no phone reception or internet for anyone who didn't have Telstra (main Australian communications company) as a provider!  So I had a bit of social media cleanse. As I never even had time to watch TV, I was unaware of what was going on in the world either!

I landed back in Perth on Saturday evening (25th), after spending a week in the Northern Territory visiting Darwin and Kakadu National Park, and oh boy, I was so thrilled to find so many beautiful and amazing murals around the city centre, and then found a few more in Katherine when we visited Katherine Gorge.

On the afternoon of my arrival in Darwin (Northern Territory), from the hotel room window I spotted 4 or 5 murals just a couple of blocks down, so the next late afternoon after we arrived from Litchfield National Park, just before going to dinner I started my mural hunting mission 😉 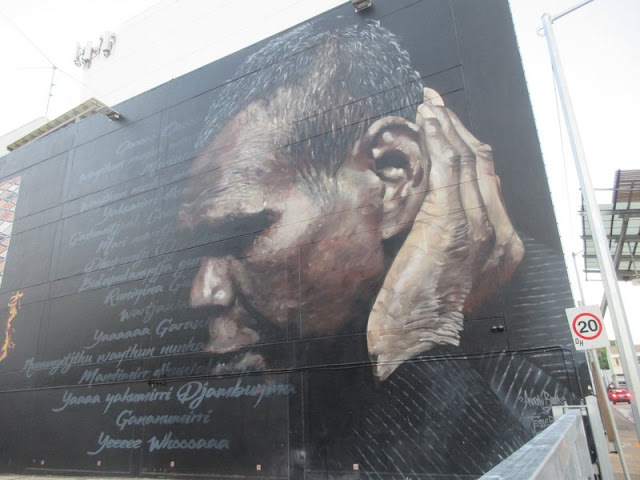 Painted in 2018 for the Darwin Street Art Festival, on the side of Carpentaria House in Austin Lane, by Melbourne artist Andrew J Bourke and local Indigenous street artist Jesse Bell, the mural depicts Gurrumul (Geoffrey Gurrumul Yunupingu), a famous Aboriginal blind musician who died in July 2017, at the age of 46.

Painted with permission of his family**, the background features lyrics of his song "Baru" (salt water crocodile) chosen by his recording company and family.

**According to Aboriginal culture, when one of their clan dies, their "skin" name, image or voice cannot be spoken, shown or heard for a couple of years until the family decides otherwise. In this case, the Yunupingu family put aside their cultural mourning protocols so that Gurrumul's image could be seen and his voice could be heard. 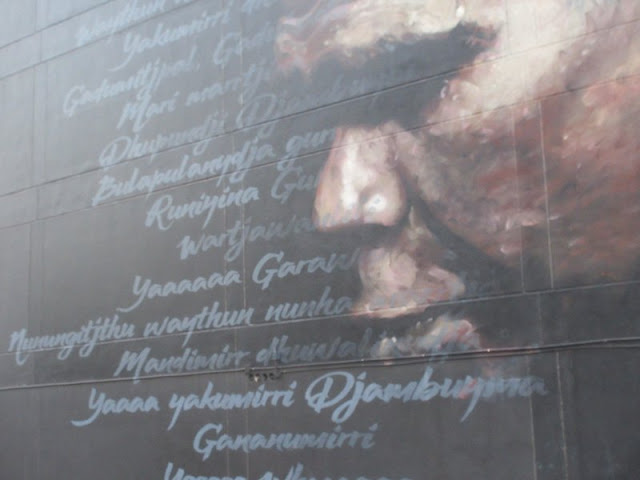 Next to his mural is a mural with a traditional aboriginal cross-hatch design by Wendy Yunupingu, painted in 2019 for the Darwin Street Art Festival.
I noticed that Western Australian Aboriginal artists paint in dots, but in the Northern Territory they paint mainly in cross-hatch. 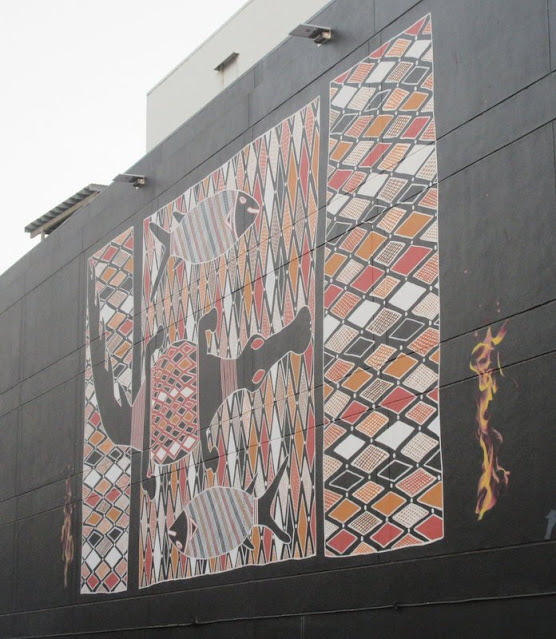 I remember going to one of Gurrumul's concerts at the Perth Zoo many years ago and his songs sung in his language were hauntingly beautiful.

Can you spot the murals I saw from the hotel window? 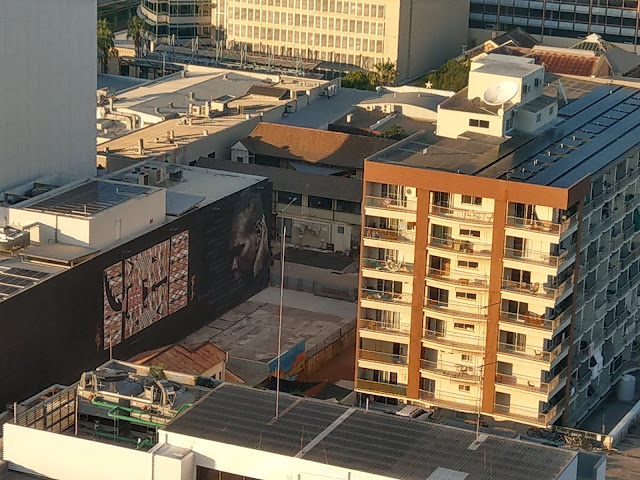 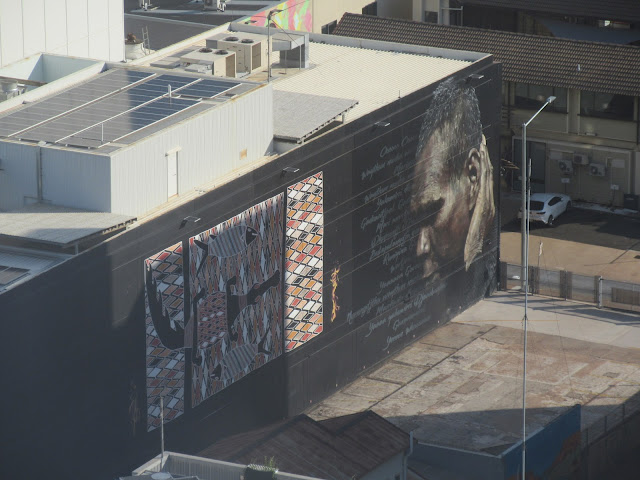