These photos were taken during my visit to Sydney in October 2018, when I visited Sculpture by the Sea in Bondi Beach, Sydney.

The Bondi Graffiti Wall became popular in the late 70's with graffiti and street artists, and in the last decade has became a legal space for artists to display their work.
Artists have to apply to the Council to secure a spot, which is awarded for 6 months, and then the spot gets painted over by a new artist.

There are only two permanent murals - Frangipani Girl and the ANZAC memorial, both by Sydney artist Droogie, and they get regular restorations funded by the Council.


If you like murals or have a mural you'd like to post, this meme is for you;just follow the Linky steps below.   Be sure to link back to this blog and visit your fellow posters.  Looking forward to your mural finds this week.  Thanks, Sami.


Frangipani Girl:
Painted in 2003, it honours local 15 year old Chloe Byron, one of the 202 people who died in a bomb attack at the Sari Club in Bali on 12th October 2002. She was know for her active participation in many local sporting clubs and a Bondi surfer with her Dad David. 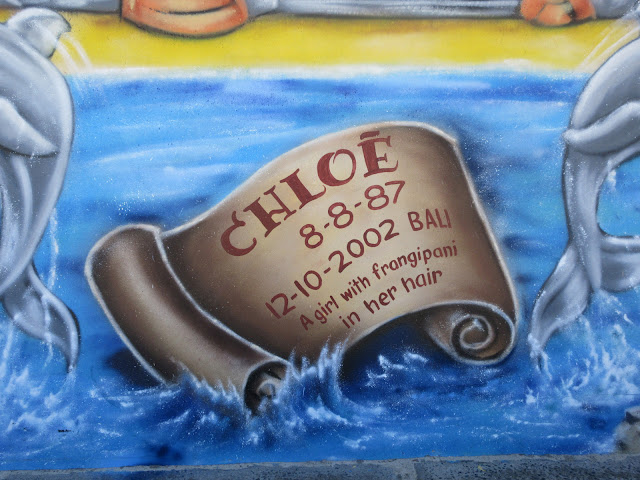 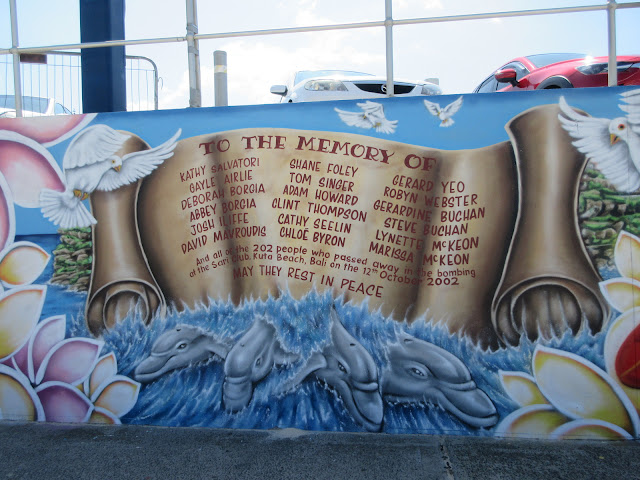 Anzac Memorial:
Also painted in 2003, it was painted using a photo given to him by an old Bondi Digger. 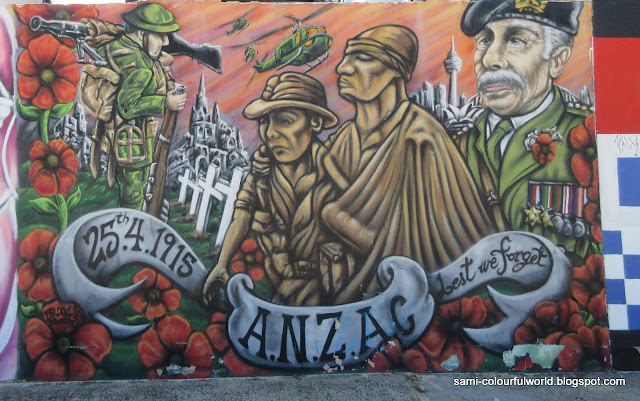