On Saturday 27th January we went back to Petersham to meet with friends for lunch.
We settled on the restaurant "Palacio" where we had bought Portuguese bread and pastries a few days before. I thought the place was just a cafe but it was also a roomy and well decorated restaurant.
Even though the owner is Portuguese we thought the food wasn't 100% traditional.  Obviously the number of Portuguese customers must be low so they have to cater for all tastes and tone down some of the flavours. I can't remember what the other had but I chose the Bacalhau a lagareiro (Codfish, potatoes, garlic and onions roasted in plenty of olive oil). 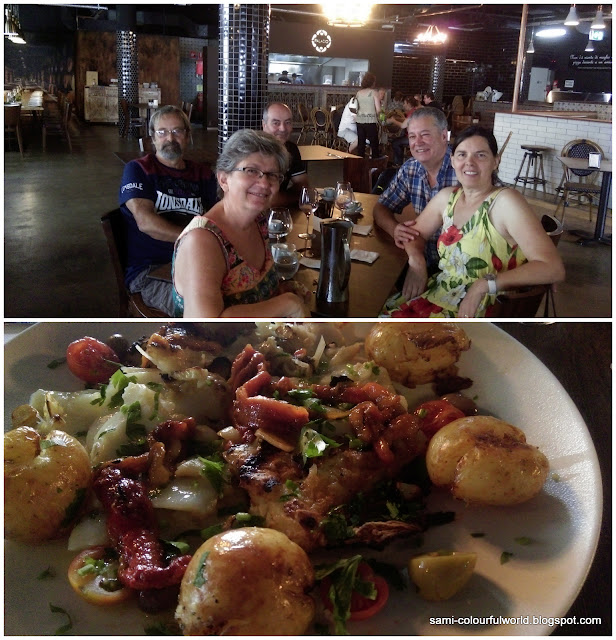 After lunch our friends drove us to Centennial Park for a walk around the park.
The huge lake was full of ducks and black swans, and a lot of other birds mingled outside the water - pigeons, doves, swans, ibis, ducks, cockatoos... and they didn't seem daunted by the people around the lake.

A lot of young people were on their way to a music concert in the park, and we were shocked at some of the fashion, and mostly the "state of undress" of some of the girls.
I'm glad my daughter is not a teenager... 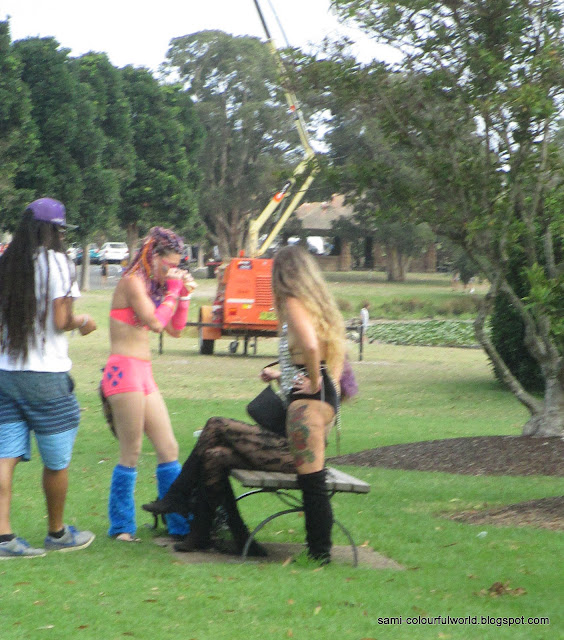 The state of undress of some female concert goers

There was a huge Rose Garden, and I found some purple flowers I didn't know. 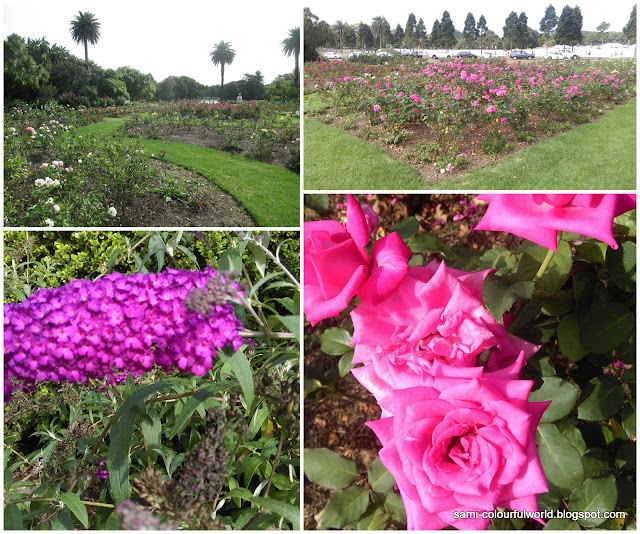 After a walk around the lake it was time to drive to the famous Bondi Beach.
My friend B convinced us to do the Bondi to Coogee Walk.  She said it would take us about 45 minutes but I think we walked for around 3 hours, or if not, it surely felt like it!!
I've actually just checked the route and it's 6kms (3,73 miles) and it should take from 2 to 3 hours!!


Due to some weather damage to part of the coastal walk in June 2016, which is being repaired, people have to re-route through the Waverley Cemetery to carry on the walk.
The cemetery which opened in 1877 is located on top of the cliffs in the suburb of Bronte, and is known for it's Victorian and Edwardian monuments. Around 50 thousand people are buried here including many well known Australians.

When we finally reached Coogee beach the sun had already gone down.
This beautiful statue was part of the "Sculpture by the sea" exhibition in 2012, the artist  was Keizo Ushio from Japan, and it's called "Twice Twist Bands".

The tall bench was fun, and I managed to climb it and take a photo with my husband.
We're hardly ever in photos together as I tend to be the photographer, but here we had our friends with us who could take a photo of us. 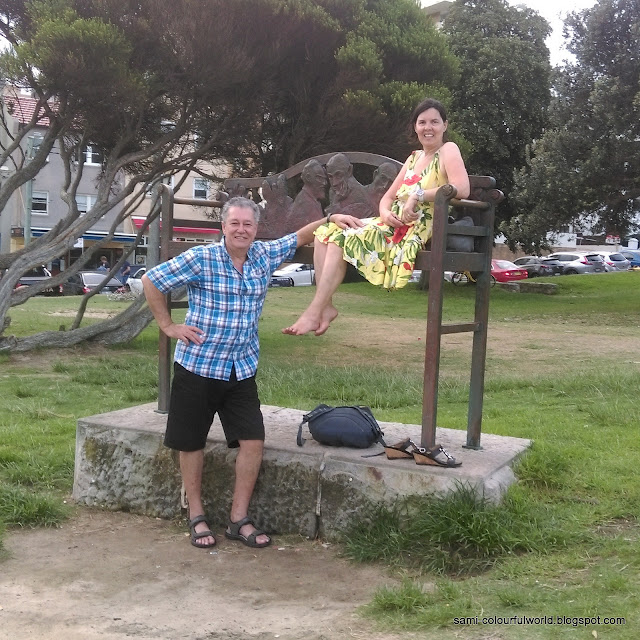 In Coogee we stopped for a pizza and drink at one of the waterfront restaurants.
Night had fallen by the time we finished and after looking up the bus timetable to take us back to the car parked near Bondi Beach, we realized it would be faster and cheaper to get a taxi for the 4 of us.

The taxi delivered us to the parked car, and after the men had a coffee, we were driven home, as being a Saturday and late at night we would probably not get public transport easily.
Uff, quite a long walk, it was hot and humid, and my feet were killing me, and I had to remove my sandals for the last half an hour of the walk!
A nice walk, but probably not for my level of unfitness, I could have managed well with just half the route.

And so ended another day in Sydney.
Posted by Sami at 21:21