Tuesday 5th March - arriving at Circular Quay that morning I came across another giant cruiser - Radiance of the Seas. 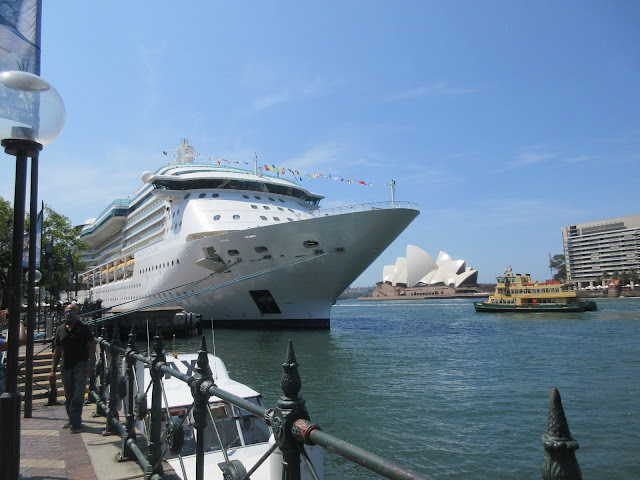 At Circular Quay station, I caught the next train to Redfern (1 station down from Central Station).
The old inner city suburb of Redfern, with its lovely heritage terrace houses near the super modern University buildings is very popular with students.


I was on the hunt for some murals, but it was hot and humid and after finding a couple of murals I got back on the train towards Petersham (4 stations further), known as the Portuguese quarter.

In Petersham, the Sweet Belem Confectionery where I envisaged sitting down to eat a couple of custard tarts and buy corn bread (broa) was closed (Mondays and Tuesdays) 😞.
I had to settle for a light lunch across the road in the Portuguese restaurant - Costa do Sol.

At the Italian/Portuguese Convenience store on the main road, I bought Portuguese wine to take to dinner with our neighbours, and Quince paste (marmelada) for my son and daughter in law, who had requested it.

Shopping done, I took the train into the city, and as the stops weren't being announced I didn't get out on the right one.  Thanks to the "Opal" app (Sydney transport) I got off at the next stop and then had to take 2 buses home, following the route religiously on the app so I wouldn't get lost 😌.

At 7pm, after Jose got home and tended to his little garden, we went upstairs to his Iranian neighbours who had invited us for lasagna. We took the Portuguese wine which they loved and for dessert we enjoyed a Chocolate mousse which I made earlier.

They have two Persian cats, an older very shy male - Tom and a young and playful female - Sophie. We had a great dinner, wonderful conversation and I'm so glad they keep an eye on Jose.


Wednesday, 6th March - I would be leaving Sydney towards the end of the afternoon, so I met up with Jose at Central Station where his company has offices, to leave my suitcase so I could walk around unhindered.

I wanted to visit the Royal Botanic Gardens for the "Plants that bite exhibition" at the Calyx. 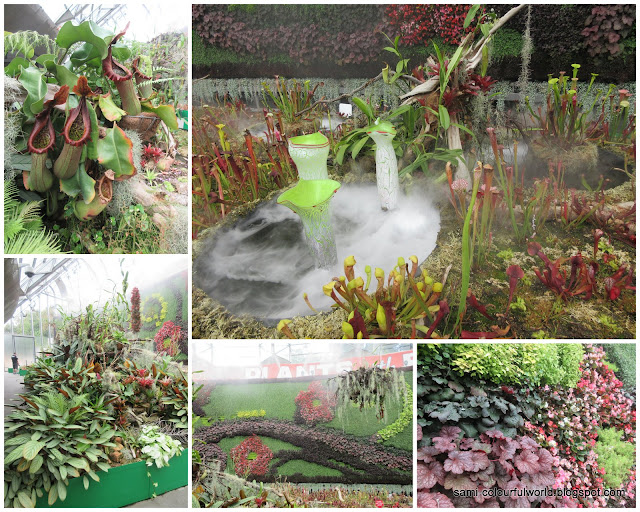 After the exhibition I wandered around the Botanic Gardens until I reached the Tropical Garden area, with it's exotic plants. 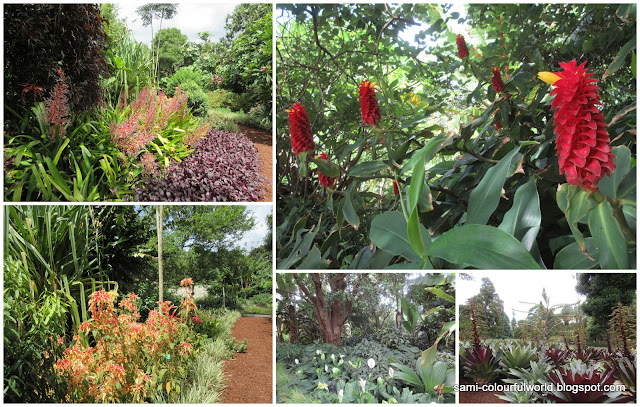 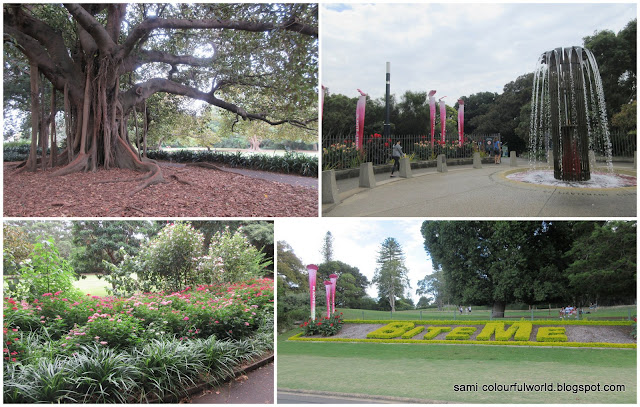 The signs about the biting plants were informative.
For other signs from around the world please follow this link. 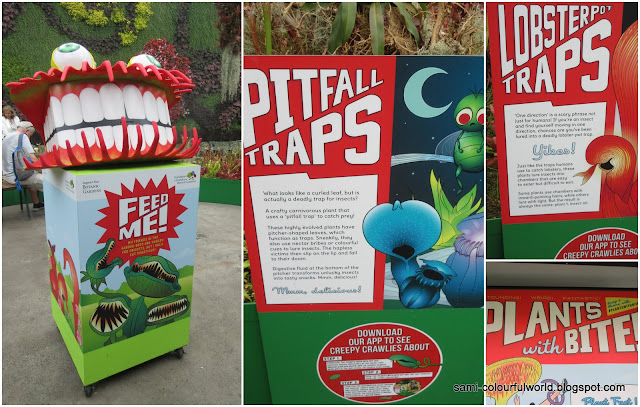 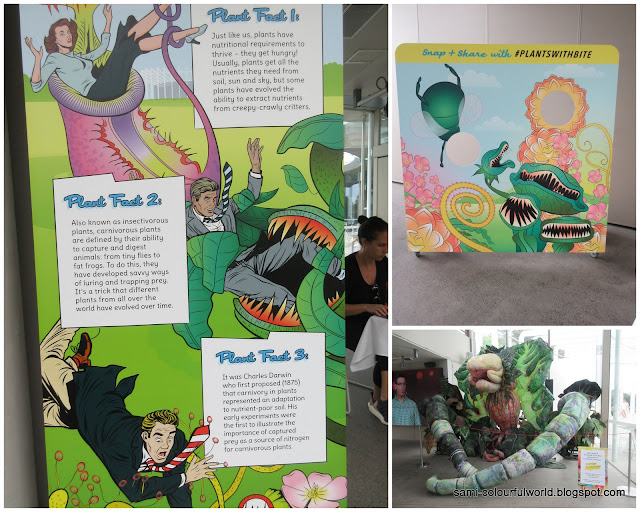 On the way out a few statues, and the pretty views over the city. 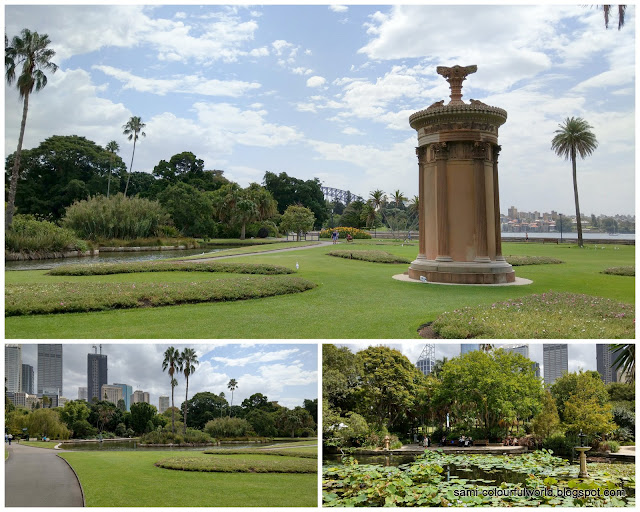 I had to be back at Central Station just before 3pm, as Jose had a meeting at 3, so I left the park towards Circular Quay and suddenly the sky started to get quite dark and heavy as you can see on the next photos.
As soon as I arrived at the main concourse the rain started pelting down! 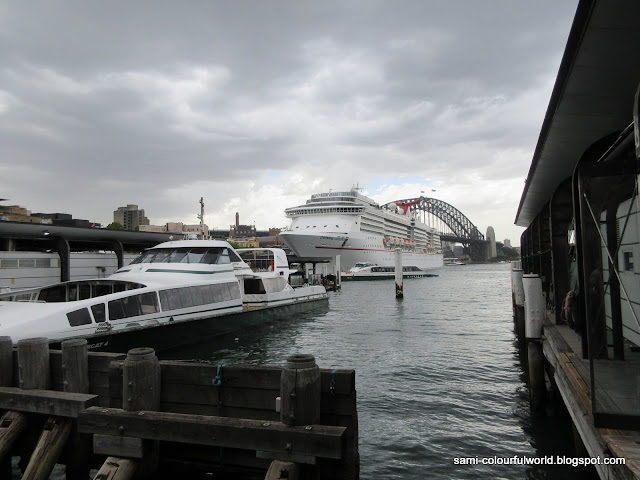 I called Jose when I arrived at the station, and he met me by the timetable board to hand me my luggage. We said our goodbyes and I walked to platform 23 from where the train to the Domestic and International airport departs about every 10 minutes, taking about 15 minutes. 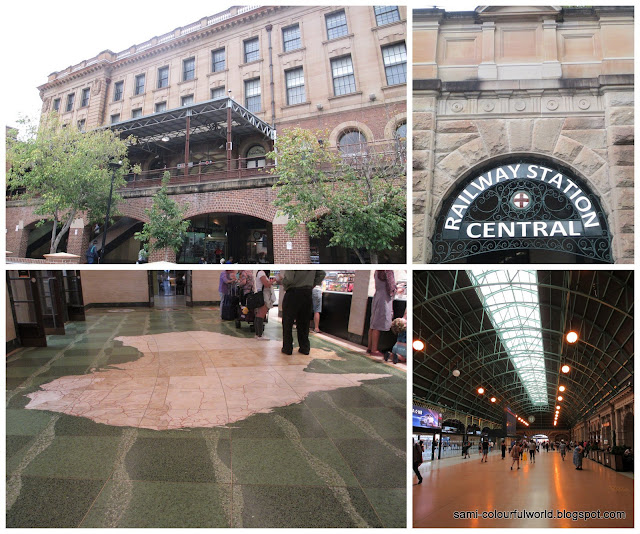 It had been a very hot (35C) and humid day in Sydney (we can have hotter days in Perth, but usually our summers are dry), so I was sweaty and clammy and as soon I arrived at the airport I went straight to the toilets for a change of clothes!
I felt much better then, and I'm sure my travelling companions were happier around me too 😁.

The flight departed about half an hour late, landed in Perth at about 7,30pm and I caught a taxi home where I arrived 20 minutes later.

During the flight I watched two movies - the brilliant romantic musical "A star is born" which I'm sure would have been a much better experience in the big screen and "If Beale street could talk", a romantic drama which I found a bit sad.
Have you seen any of these, and did you enjoy them?

And for me it's back to my normal routine at home and work.

"If Beale street could talk" - the struggle of a young black couple to clear his name from a crime he didn't commit. (youtube)