Year of the Dog Festivities

In Australia there is a high percentage of Chinese immigrants, so these special dates are celebrated in all the capitals. On Sunday 25th of February my local shopping centre - Westfield Carousel, presented the traditional Lion Dance performed by the Yaolin Kung Fu Association to celebrate the New Year. 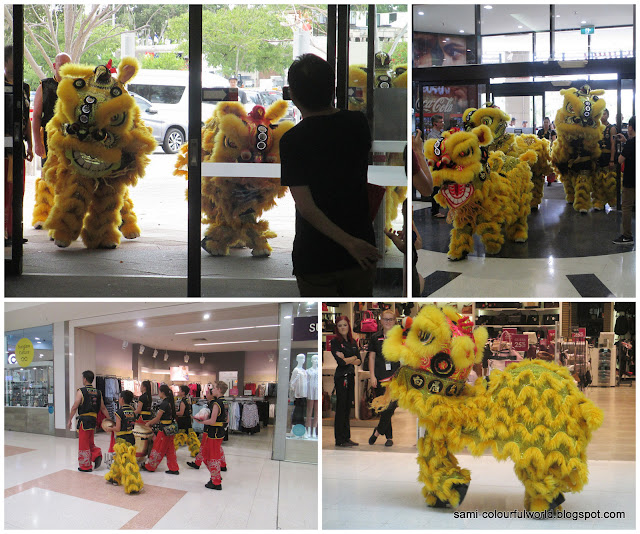 They started at one end of the shopping and walked until the other end with some people following them. It started at 11am just when the shopping opened which meant there weren't that many people there yet. 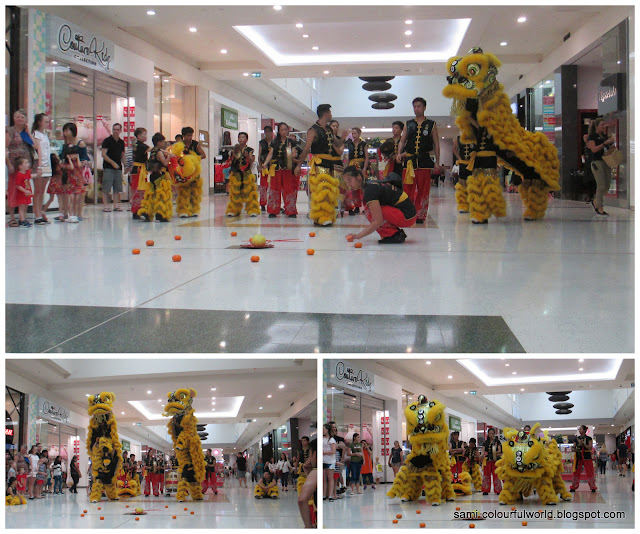 They spread some mandarins on the floor which the "lions" would eventually "eat". 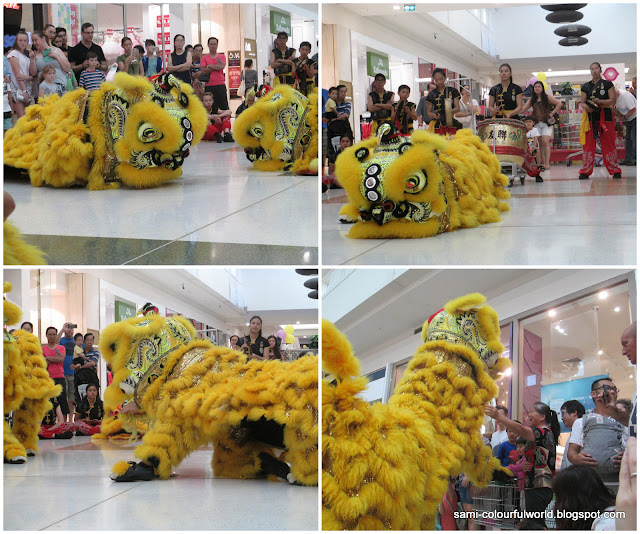 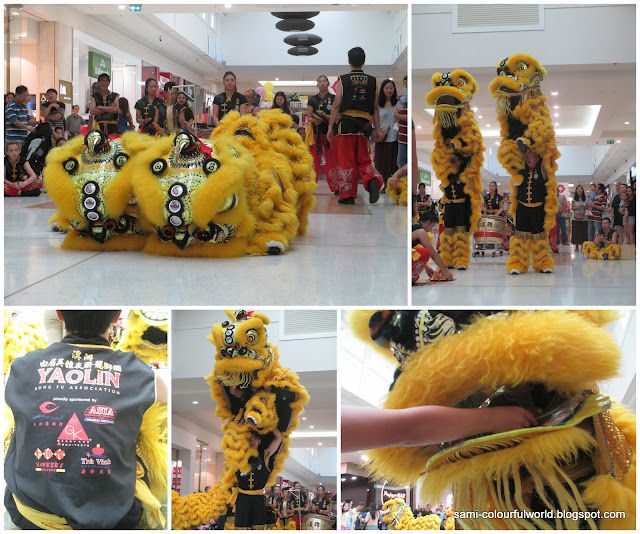 One of the leaders also handed out small red envelopes to those that wanted to give some money and they the lions would come and "swallow" the envelope.
Half an hour later the dance was finished, they got an ovation and walked back to the entrance where they had arrived.

I have to say that I preferred last year's show which was more centred on the fabulous drum players and less lion dancing. Those drummers were fantastic! 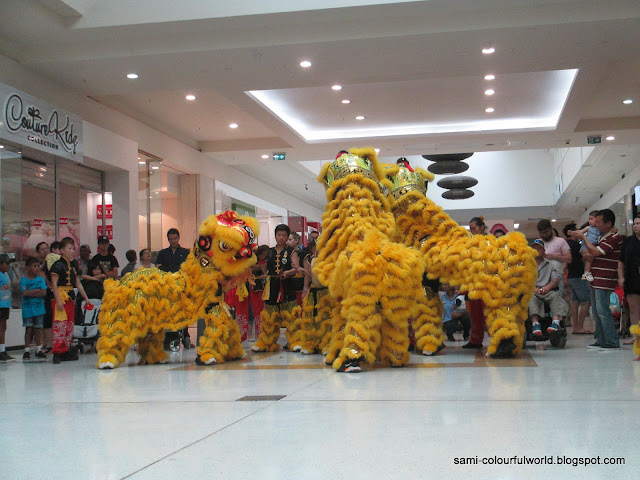 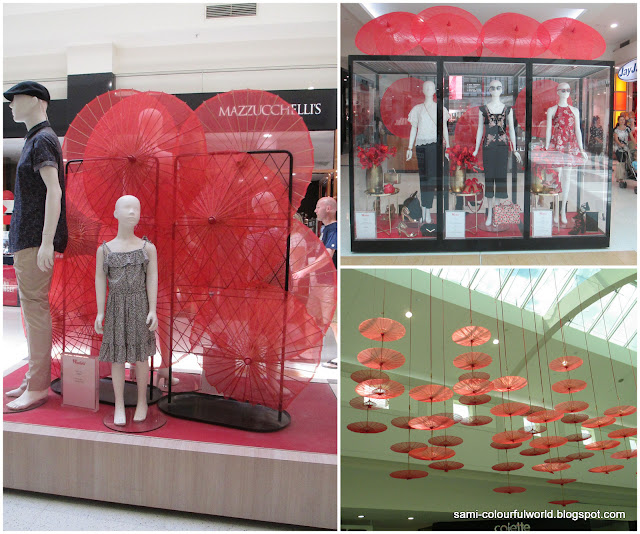 Even the displays in the shopping aisles had a touch of the red to celebrate the Chinese  New  Year.

This tree with the red lanterns was at the Watertown Outlet Centre in Wellington street, Perth, and I took these photos when we went to our Citizenship test on Tuesday 20th, at the Immigration building (which can be seen on the top left photo) which is next to the Outlet shopping.
I'm glad to report that both my husband and I achieved 100%!
Now we'll have to wait for a letter from our Council to advise when the next Citizenship ceremony will be held and once we get our certificate we will be Australians. We have been told this could take from 2 to 6 months depending on the Councils.