Miracles of Spring - Jacarandas in bloom 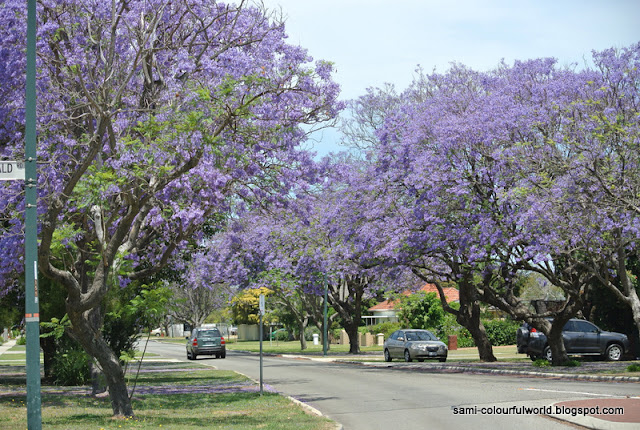 Jacarandas are native to Brasil and Argentina, but can be seen in many countries like Zimbabwe, South Africa, (with Pretoria being known as the Jacaranda City) and some Asian countries, as well as Australia. Brisbane was home to the first Jacaranda trees in 1864, which were planted in the city's Botanic gardens.

In Perth, many of the older suburbs have streets lined with Jacaranda trees, which start blooming each Spring and well into Summer with their trademark purple blossoms.
At the blooming season ends, the grounds under the trees are carpeted with purple blossoms. 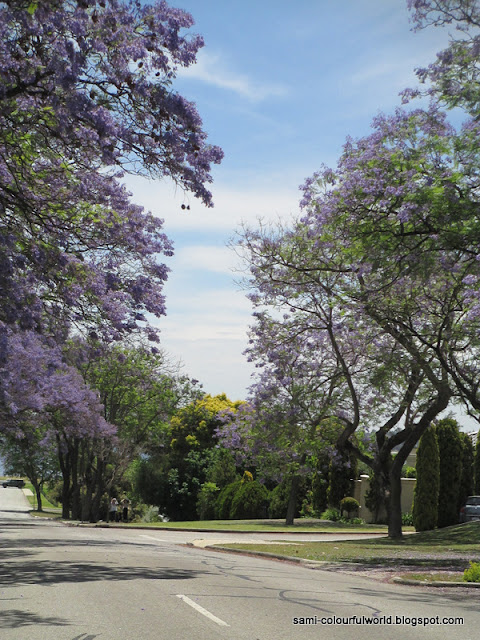 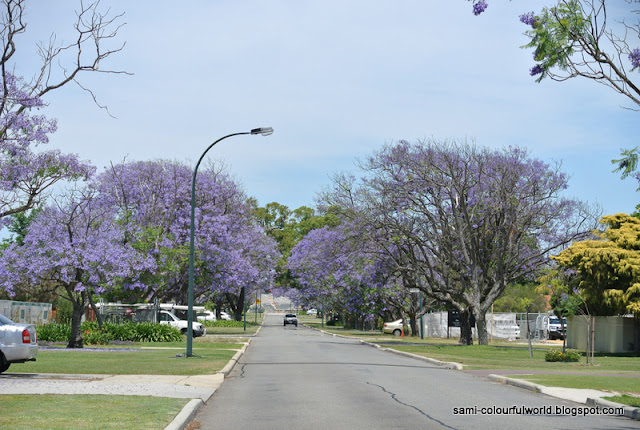 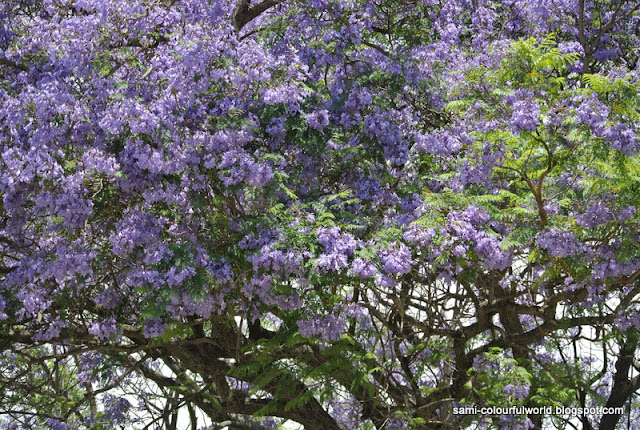 The southern suburb of Applecross, even holds an annual Jacaranda Festival in November, which happened today, the 21st. I didn't go as it was a very hot day and I was feeling a bit tired, maybe next year!
The Jacaranda festival is held in Ardross Street, organised by the Rotary Club of Applecross, and has many stalls selling food, honey, nuts, Christmas cakes, jams, plants, arts and crafts, candles and green products. Entry is by gold coin donation ($1 or $2) which goes towards charitable organisations.

Hope you enjoyed the purple blooms and hopefully next year I'll be able to pay the Festival a visit!
Tomorrow we'll be going to the World of Food Festival where there will be a Portuguese food stall!  Hope they have something nice...