A to Z of Australia - B is for Beaches

My star sign is Pisces, so anyone would equate that with a love of water. Sadly, although I would love to live either by the beach or by the river here in Perth, just for the views alone, I am no great lover of water. Apart from the time we went to Thailand a few years ago and the sea water was lukewarm and I swam to my hearts content, I find the sea water far too cold for my liking.

Still, because I was alone this weekend, my friend S invited me to spend the day with her in her suburb of Ocean Reef, about 55km from where I live. She lives 10 minutes walk from the Mullaloo Beach, and after putting our bathers on, (swimming costumes) ,we set off to the beach at 9,30am.

We've been having temperatures in the high thirties lately...and for the first time in many years I actually ventured into the water.
Little by little I wet myself and eventually I was neck deep in the water. At one stage I turned myself to the beach and was overtaken by a wave and went under even swallowing some salty water.
One thing to bear in mind in is that the UV factor is extremely high, so everyone should make sure that they slip, slop, slap - that is slip on long sleeved top, slop on sunscreen and slap on a hat! Skin cancer is unfortunately very high in Australia! 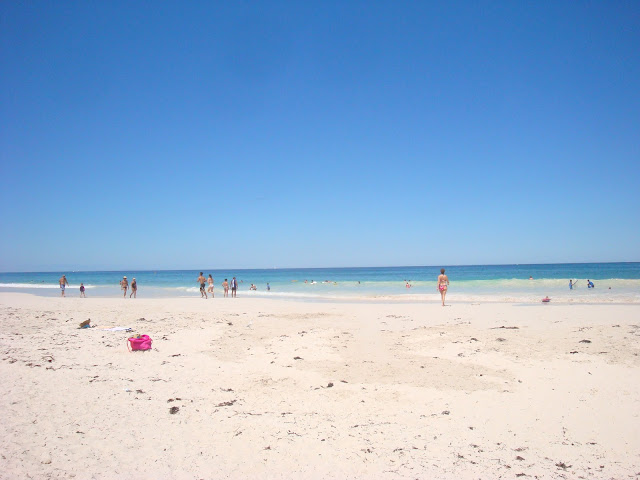 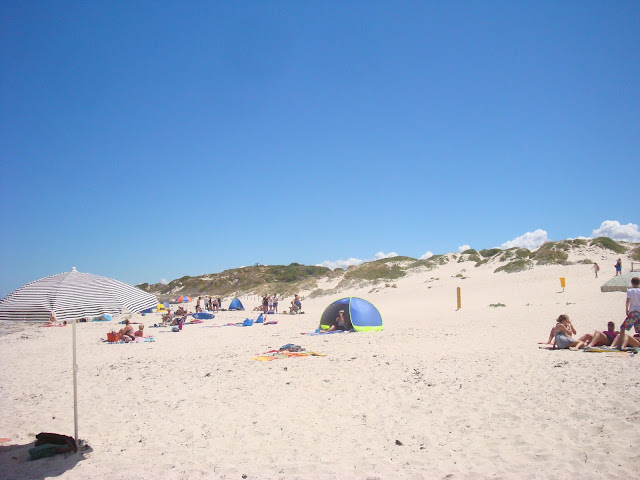 This cycle/walking path just outside the car park, runs all along the west coast from Burns Beach, (about 6,5km  north of Mullaloo) to Fremantle in Perth's south - Google maps tells me it's about 40 kms. It must be quite pleasant to ride along the sea with beautiful views of the various beaches, plus the very posh houses by the beach, as long as it's not too hot! And...you have to be super fit too! You can get a cycling map of Perth's pathways, where you can see Mullaloo in the top right square and then Fremantle in the third right square just below the river that divides Perth.

After a walk along the beach, we had a quick shower and set off back to my friend's house for lunch.

Compared to beaches I have seen in other countries, a lot of beaches in Australia have a grassy area just before the sand with children's play areas, picnic areas, free barbecue facilities. The sand is clean, the sea water clear and clean.

Probably one of the most iconic beaches in Australia would be Bondi Beach in Sydney, one of the most popular destination for surfers. There is a very popular tv series called "Bondi Rescue", that follows the day to day of the life savers in one of the most visited beaches in the world.
When we visited Sydney it was also one of my must-see spots, although I must say, I found Bondi beach nothing special, I much prefer the quieter beaches of Perth.
So is Bondi well known by tourists because of the tv series, or was it already famous because it is a good surfing beach? I really don't know. 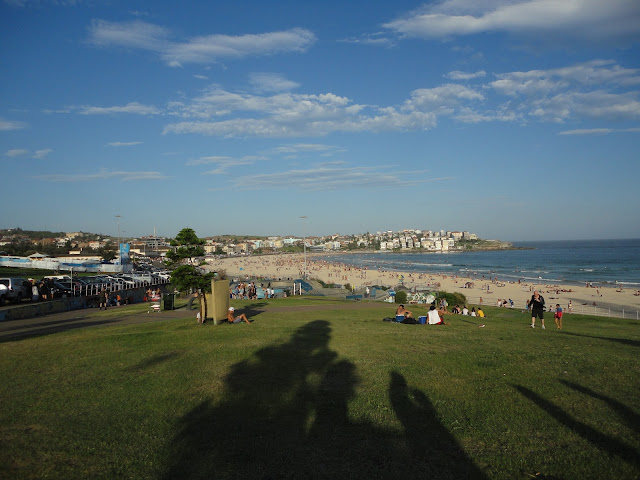 As you can see in this photo, Bondi is a popular beach, quite crowded, not much space left...
I think the Dutch would dispute that, there certainly is a lot of space... I once went to a Dutch beach in the North sea, and had to lay my towel among the millions of people already stretched out in their precious tiny piece of beach real-estate! Not my idea of a relaxed day at the beach for sure!!

PS:  I have just received a beautiful photo of a beach sunset taken by my husband from the balcony of his hotel in Glenelg, a suburb of the city of Adelaide, in South Australia. What gorgeous colours! 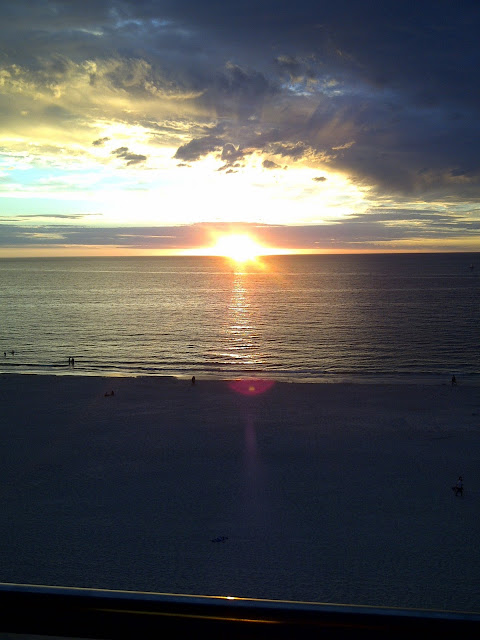 Lastly I would like to mention the Dog and Horse beaches scattered along the Perth coast as well, which are widely used. It's amazing to see all sorts of different dog breeds running around, swimming, playing and making friends. What lucky pets so have such commodities. 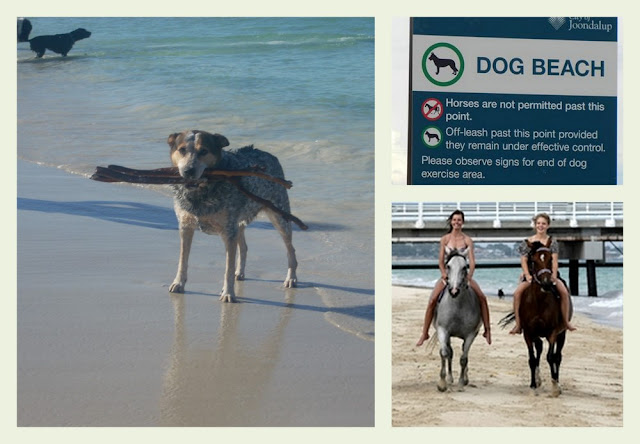 Email ThisBlogThis!Share to TwitterShare to FacebookShare to Pinterest
Labels: A - Z of Australia, Perth