A to Z of Australia - C is for Culture

Because the Australian society is made up of people from many  countries, with different backgrounds, cultural diversity is part of Australia´s identity. This identity blends established traditions by the country´s original inhabitants - the Aboriginal and Torres Strait Islanders -  and new influences from the immigrants who have arrived from over 200 different countries and who have made Australia their home. 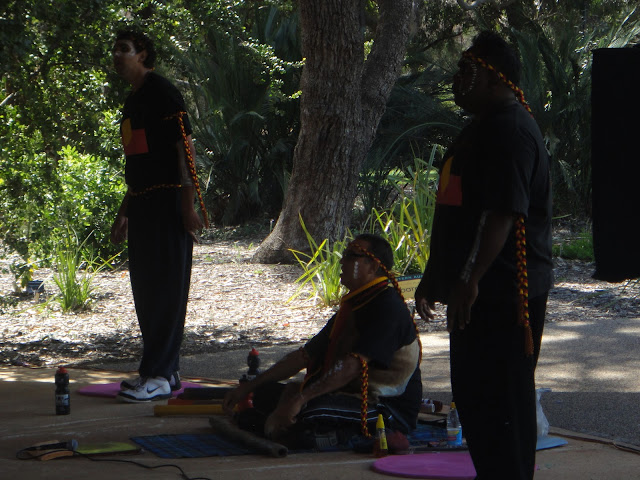 With over 21 million inhabitants, about half of them were either born overseas or have one parent who was born overseas.
Migrants have enriched the Australian society from the business to the arts, sports, sciences and cooking.

A Portuguese friend who has lived in Perth for over 25 years still remembers when people didn´t know what an expresso coffee was.
Now the Australian society cannot live without the various types of coffee - Latte, Expresso, Cappucino, Mocha...The tradition of coffee drinking  was of course brought in by the Italians, as well as their  beloved Pizzas and Pastas.


I have found  Australians to have a great sense of humour and the ability to laugh at themselves , they are a liberal, tolerant, informal and quite an egalitarian society.
An example would be the fact that most people treat each other by their first names, no titles are used with the exception of the Dr (clinical one). This was certainly confusing for me, as in Portugal I had gotten used to the fact that most people are either called Dr. or Engineer...no kidding!!  Or, at least they all pretend to be, and love to be called by a title.
Here when I started working at the clinic I used to call the Doctors - Dr M, Dr Y, Dr J....After a couple of months I realized I was the only one doing it, as my colleagues called them all by their first names! So first names it was from then on. Even most patients call them by their first names.
I find that so refreshing, no airs and graces, we are all the same, some more clever than others, some richer than others... This is probably one of the few countries where you will see an engineer or a doctor renovate or paint their house, do their own gardening, build a shed...
Australia respects and accepts the rights of all Australian immigrants to express and share their cultural heritage, languages, and  practice different religions, as long as we all show a commitment to uphold Australia´s democratic foundation and are prepared to learn and accept English as the national language. There are various schools where Australian born kids can learn the language of their parents.
Food traditions are also celebrated in the schools with annual Traditional food fairs, where kids from the various countries (or at least whose parents come from a foreign country) will bring a traditional dish.
In politics, our Prime Minister Julia Gillard was born outside of Australia, so were a few other Members of Parliament, but that was no impediment to their advancement into the country´s most responsible job!


One of the differences I can find between Australians (genuine or not) and the Southern Europeans,  is that they aren´t as affectionate as we are. No hugging or double kisses (triple for the French) when they meet with friends, unless you have known them for a while and they eventually get used to the kissing.
I´m always a bit puzzled when meeting someone new as I don´t know if I should just say "hello" , shake hands or give them a kiss...Most times the kiss wins!
On the subject of kissing and traditions, I remember a funny story that happened in Portugal - a South African friend married to a Portuguese, got  so used to kissing everyone that the first time the Postman knocked on her door to deliver a parcel, she promptly gave him a kiss on both cheeks!  The postman was certainly puzzled!!!