A to Z of Australia - E is for Esperance

French explorers are credited with being the first to come on land in 1792, in Southern Western Australia, in the town that was then named after a French ship - Espérance - or Hope. Esperance, is located 720km south east of Perth.

The town lives from tourism, fishing and agriculture. When we first went there in 2009 I actually thought it far from touristy although we went at Easter time.
It certainly was totally different from the way I pictured it would be; i.e. like most beach towns in Europe for example, full of tourists, loads of shops and restaurants along the coast...Instead it was a sleepy town of about 9000 people, and although the 3 or 4 camping places in the town were full, not many people were on the beaches, and with the exception of one restaurant on the Pier, all others were in the city centre.
As you can attest from the photos, the beaches are beautiful, the sand is so fine and white, the water is clear, but they are empty. 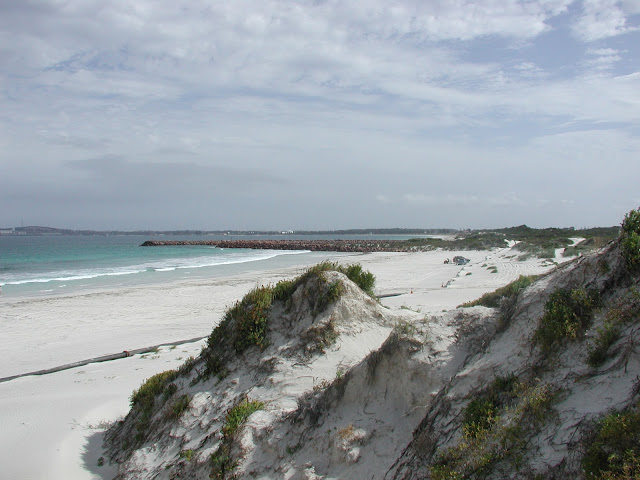 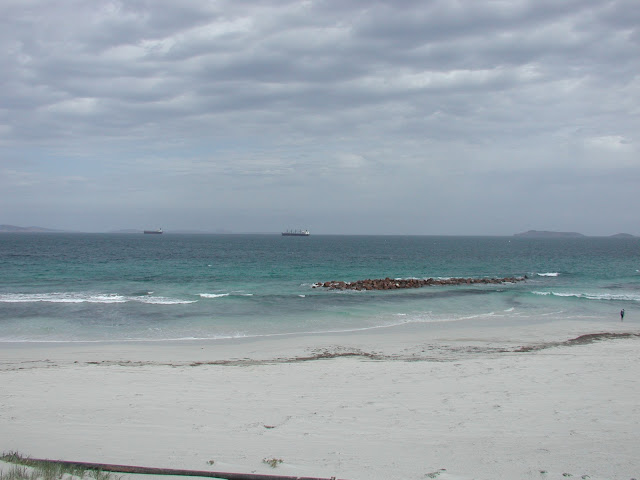 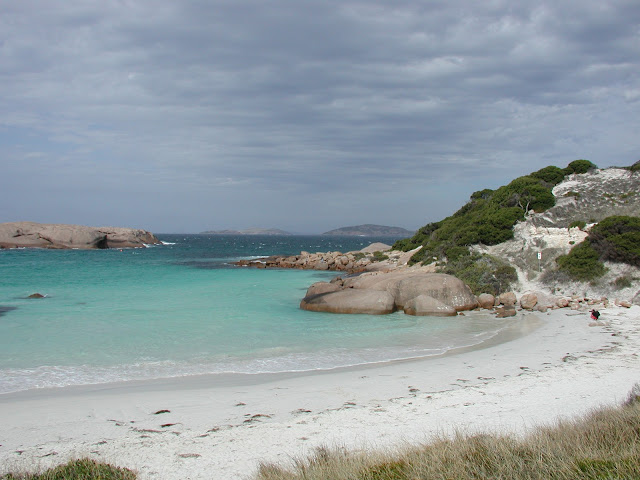 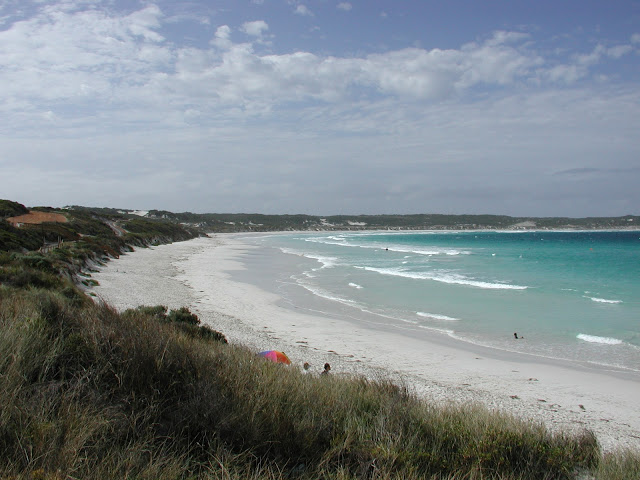 The mostly calm sapphire waters are crystal clear and you can swim, surf, snorkel or fish.
There are a whole lot of camping places and accommodation to suit all budgets.


Just off the coast there are about 100, mostly untouched islands - The Recherche archipelago - with colonies of sea eagles, sea lions and fur seals. You can visit some of them by boat.


We met the friendly resident seal by the Pier - "Sammy", who likes to meet the tourists and waits for the fishermen to throw him a morsel. 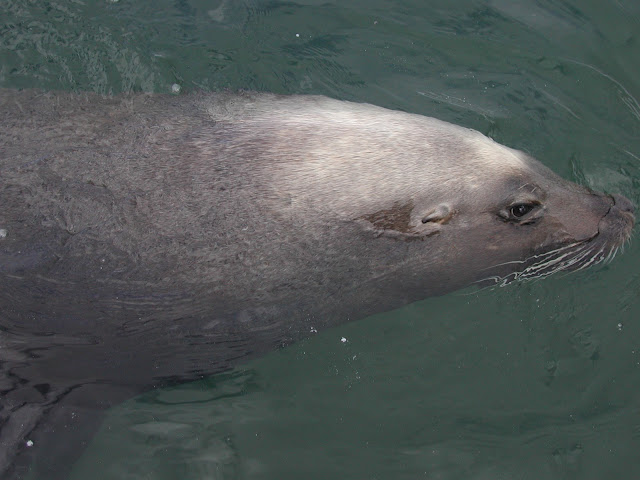 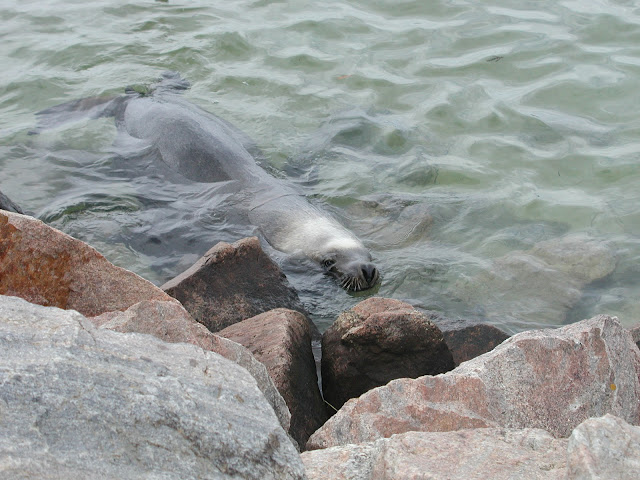 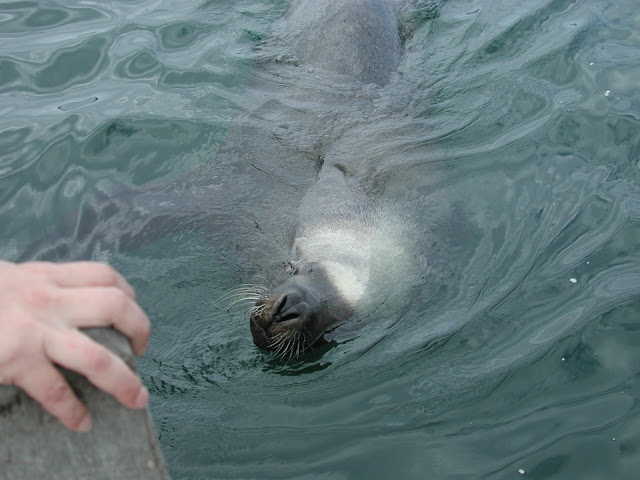 Esperance became known as the place where pieces of the NASA´s space station Skylab crashed when the craft broke up over the Indian Ocean in 1979..

The San Francisco Examiner newspaper offered a $10,000 prize for the first piece of Skylab to be delivered to their offices.  A 17 year old, Stan Thornton scooped a few pieces from the roof of his house, and caught the first flight to San Francisco, where he collected his prize.
What a lucky young man!
The United States was fined $400 for littering, and the fine was paid about 10 years later by Highway Radio´s  show host Scott Barley, who raised the funds from his listeners.
I´m not sure why the US Government or NASA didn´t pay the fine?

Apart from spending some time at the various beaches, we did some walking around town to visit some quaint village shops, we visited the Museum and also had some relaxing time in the camping place.
A funny thing happened to us when we arrived at the camping place in the early evening of the first day in Esperance.
As we attempted to set up our tent, we realized we had forgotten some of the tent poles.
Needless to say the shops were already closed! So, all we could do was put down the back car seats, inflate our mattress, but only halfway...as otherwise it wouldn´t fit inside the boot, and we had a most uncomfortable night, tossing and turning in a half filled mattress.
We hung towels from the car windows to block the view inside, as we were next to one of the paths to the outside, as well as block the early sun in the morning.
The next day right after our breakfast we drove around trying to find a shop that sold camping gear and we bought the poles. Lesson learned, they were never again forgotten!
I wasn´t yet the photography freak I am now, so sadly I didn´t take photos of our car-bed.
I would certainly recommend a relaxing holiday in Esperance. 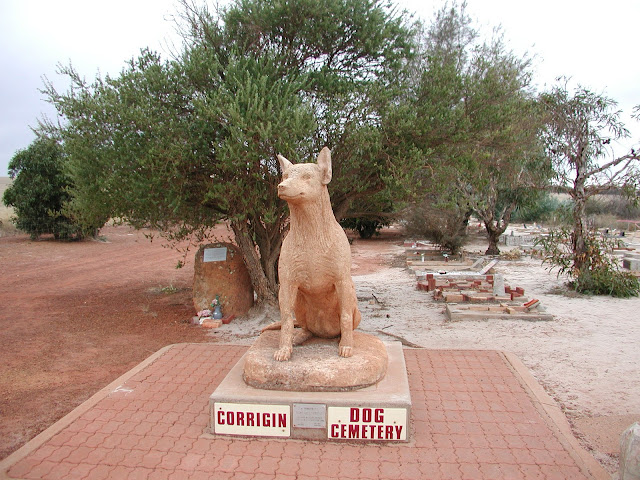 On the way back to Perth we drove by Corrigin, a small farming town 325km South east of Perth to visit unique "Dog cemetery" which was established in 1974 and is the burial place to over 80 beloved pets. There are some beautiful tributes from wonderful dog-owners. 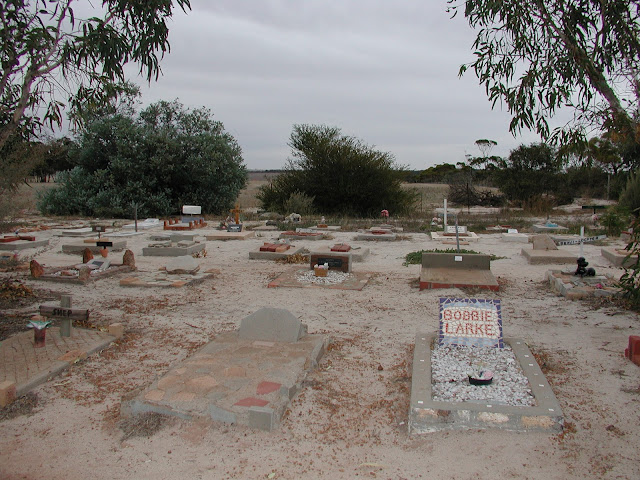 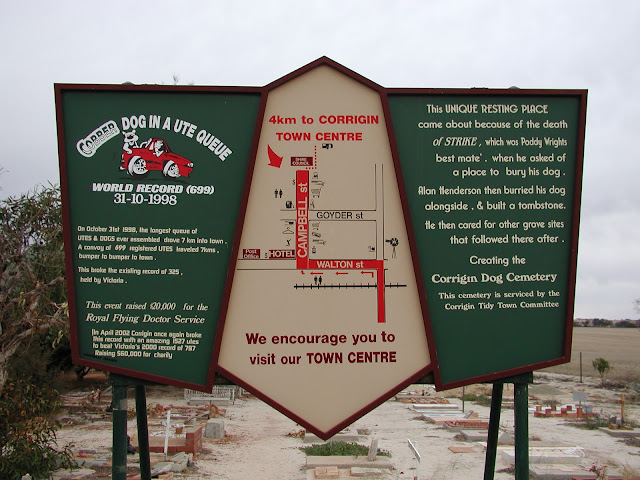 We also visited the famous Wave Rock on the way back to Perth, but you will have to wait to read about it when I get to the letter R for Rocks!