Today it's all about Twiggy, one of our two Tortoiseshells, sister to Shelley and Fluffy . 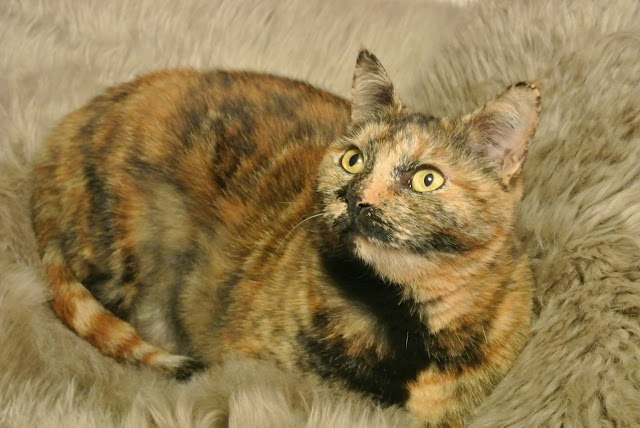 Named after the 70's British model Twiggy,  when she was born she was the tiniest of the 8, but was the first to get out of the "nest", and we thought she would be fearless.

In March 2014 she lost her Mom (Mommy) to whom she was very close to, and just a couple of weeks later she was attacked by a cat or dog and her belly was ripped open. Since then  think she became frightened, hiding every time someone knocks on the door, if friends visit or even odd noises in the house.


She hates being picked up, meowing in panic if we do that.
During the day she's very wary, and won't even sit with us, so we can either find her either sleeping on our bed, or hiding somewhere, but at night she seems to mellow and relax and becomes more lovable, sitting near us if we're watching tv in the lounge, or jumping into bed when we go to sleep, usually sleeping curled up next to me. 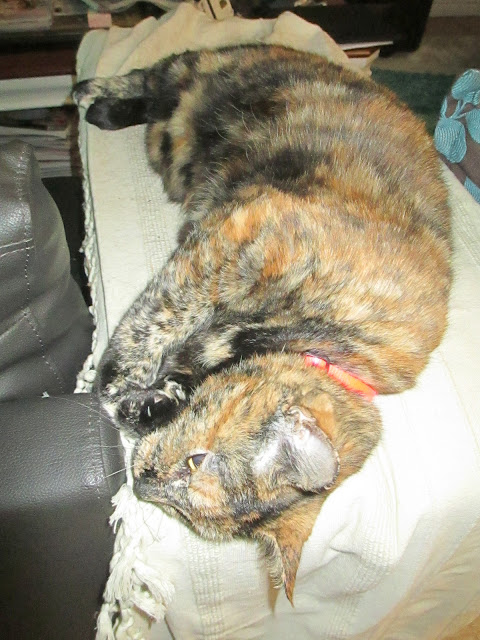 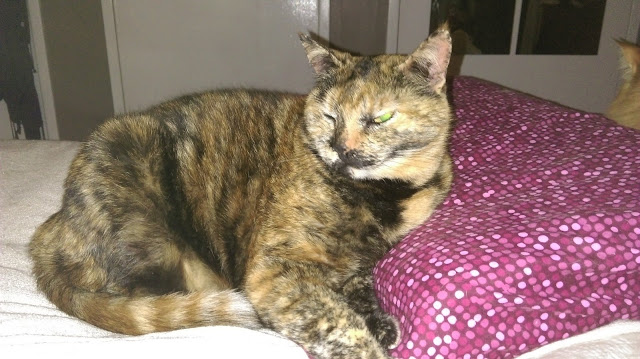 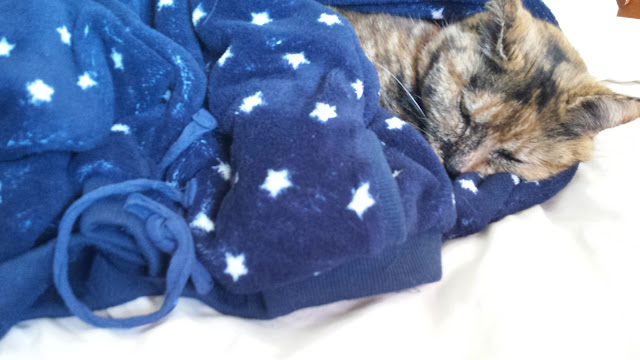 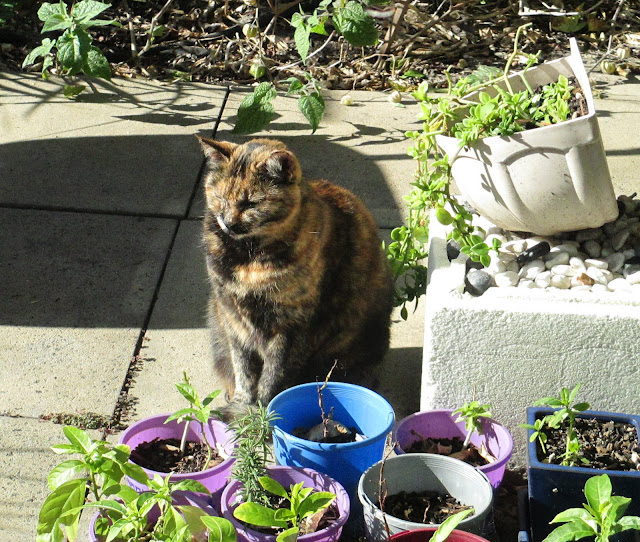 Catching some sun in the garden 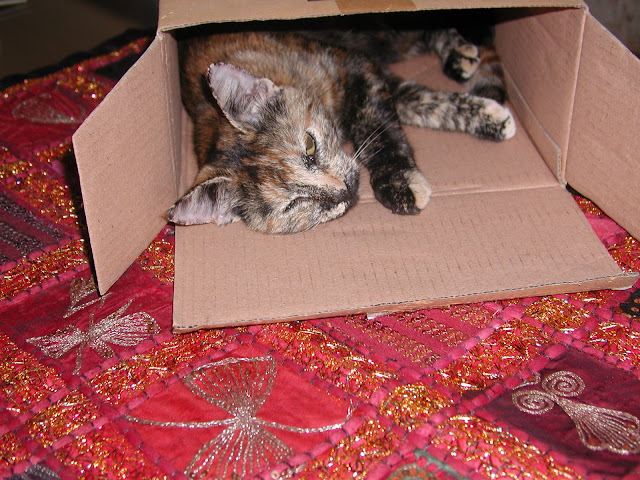 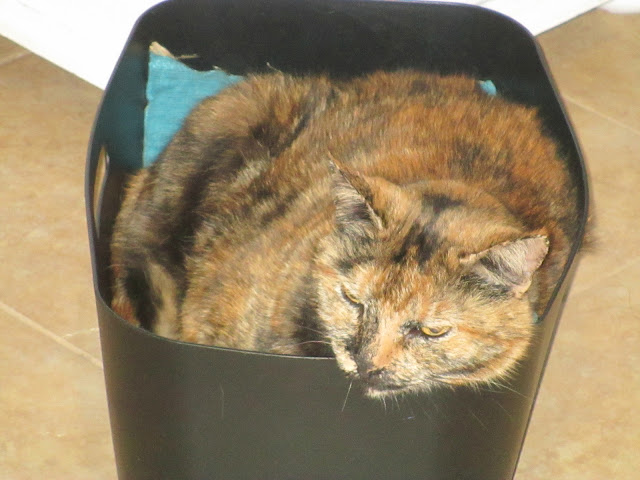 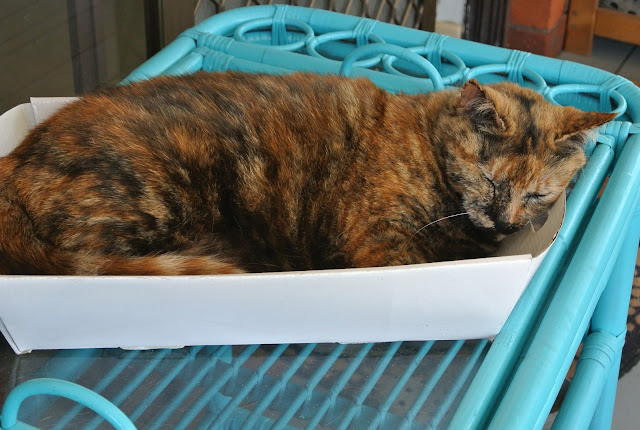 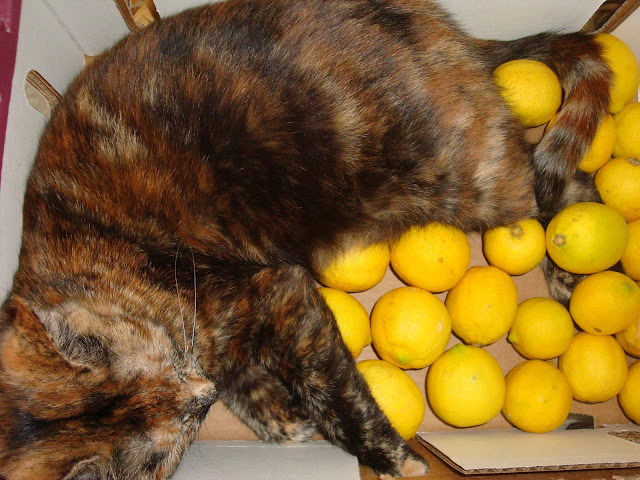 Apparently tortoiseshell cats are said to bring good luck, and are sometimes called "money cats" in the United States.
Not sure if our two tortoishells brought us luck, but I think they are lucky to have found us to care for them for sure. But we love them too of course.