Weekend Projects and Spring blooming in our garden

With a long list of things to still fix-up or update in our house before Christmas arrives, and don't laugh, but when September comes time just seems to fly!

On Saturday it rained most of the day, so it was ideal to do an indoor project.

I wanted to get a small bedside table for the guest room and then after yet again rearranging a few things in our living room I had this table that I could re-use.
It was previously one of those under-desk tables that hold the paper and computer tower, so one more use for it now!

Because it was dark wood, I first primed  it with 3 coats of white primer, then painted with 2 coats of white paint.
After that I painted some stripes in blue and gray to make it more interesting.
It's a pity I no longer had the turquoise colour I had used on the stripes on the bedroom wall and the chest of drawers. I might still add a darker gray stripe matching one of the drawers though... 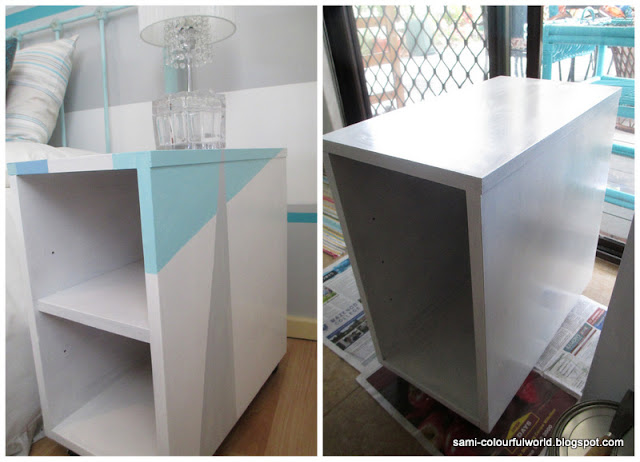 
In our small en-suite, the washstand was always crowded with the electric toothbrush machine, so I bought a small square shelf from Ikea, and my husband put it up above the power point. Now it looks so much better!

Sunday's weather was sunny and warmer and it was time to paint the clothes line on the side of the house. Even though it's probably only about 3 years old it was getting rusty.
I used a special paint that inhibits rust so hopefully it will last a few more years now! 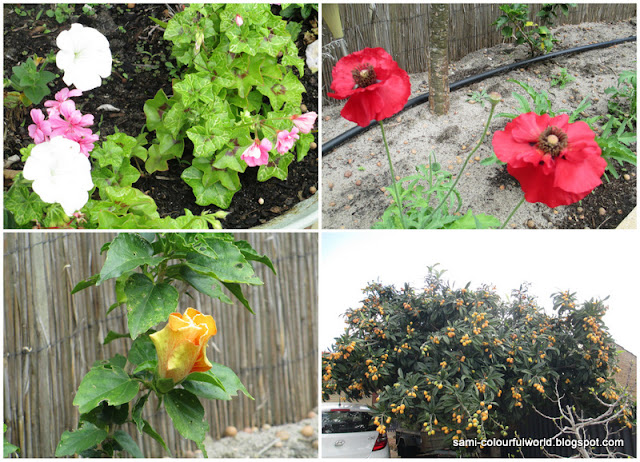 The fig tree is suddenly covered in new leaves and a few tiny figs too, probably due to all the rain of the last couple of days. It's such a good tree and we get loads of figs - come on January! 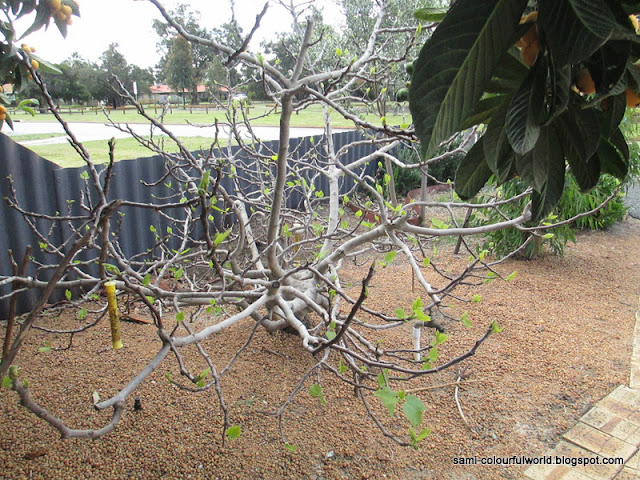 Hope you had a productive or fun weekend too. Have a lovely week!
Posted by Sami at 22:25