When we emerged from Hallesches Tor Underground station and walked towards the Jewish Museum (which is also not too far from Check-Point Charlie) in the Kreuzberg quarter I came across lots of murals.

As part of Urban Nation's "One Wall" project, a mural by Danish street artist Don John was created on a house wall at 12 Mehringplatz in 2014. The mural shows on the right side a torso in a black hoodie with his hands buried in his pockets. A head, however, does not appear to be present. A flock of colorful birds pours out of the empty hood. They fly away over the rest of the wall.

Later someone threw red paint at the birds, making it look as if they had been shot. However, the original version had a friendlier character. 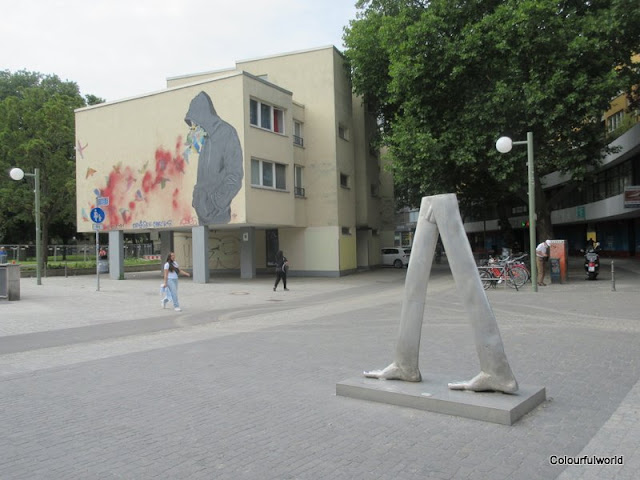 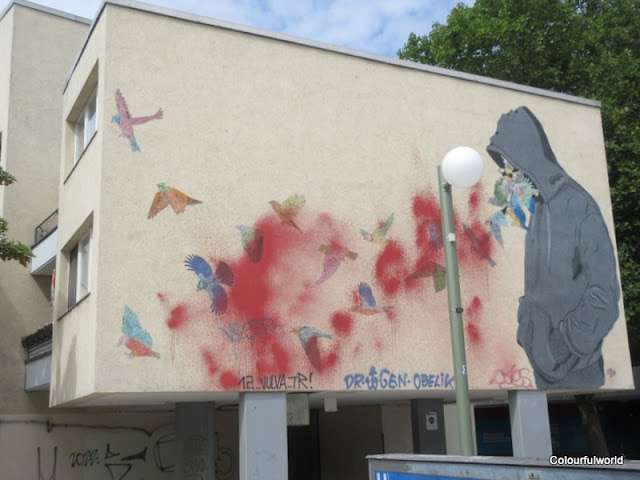 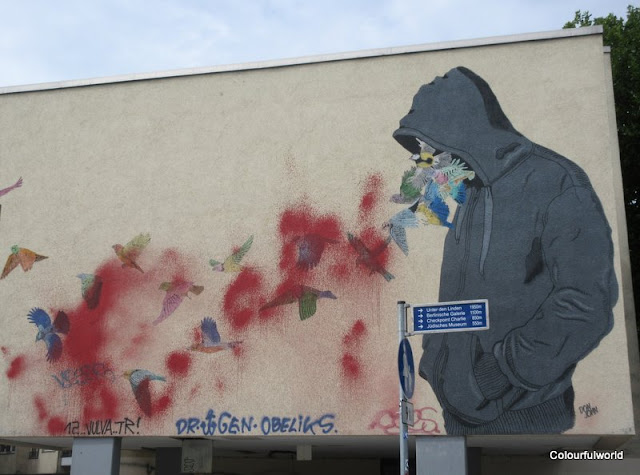 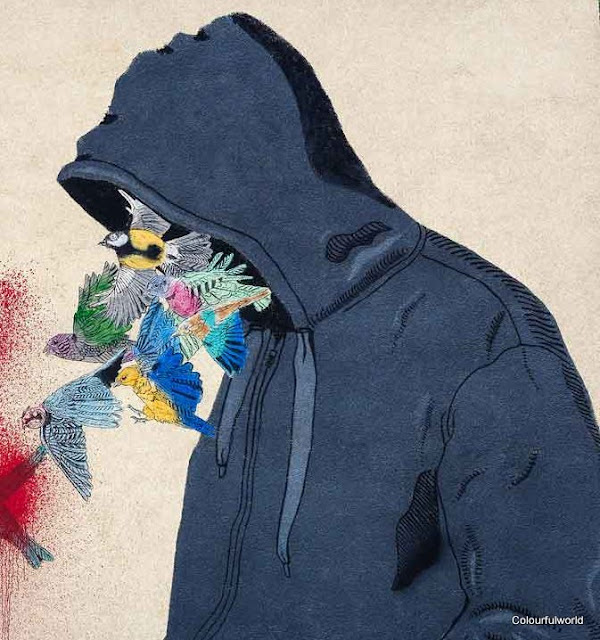 In a nearby building, Berlin Kidz - a group of sprayers, train surfers, parkour runners and artists from Berlin-Kreuzberg painted this mural.
Their style is recognizable by the large-format vertical letters in a Brazilian Pichação style (Brazilian graffiti which consists of tagging done in a distinctive, cryptic style) This group is also famous for making guerrilla actions to send a message. 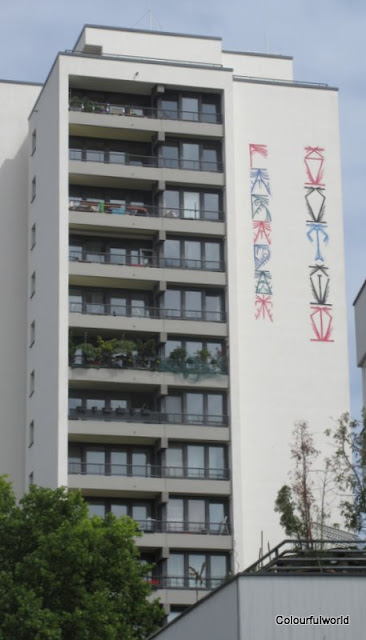 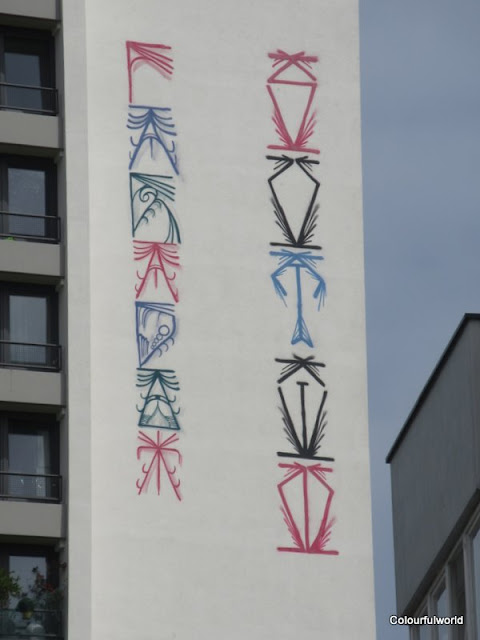