As I'm in Sydney for a few days I thought it fit to post two murals I saw in Sydney on my last visit a couple of months ago.
Both murals are located in the suburb of Petersham in Sydney's Inner West,  also known as "Little Portugal" or "Little Lisbon". And as tiles (azulejos) and Portugal go hand in hand these pieces of art are just in the right suburb!

The first one is just down the road from Petersham train station on Trafalgar street.  Entitled "Fragile World in Constant Expansion", it was originally erected in 2003, and was saved from demolition in 2014 following a petition from the local community.
The mural was then moved to the new local and inaugurated in March 2016 during the Bairro Português - Petersham Food & Wine Fair that attracts 16 thousand people to the area.

The 30mt (98.4ft) by 3mt  (9.84ft) mural was created by Portuguese Australian artist Luis Geraldes, and it took 14 months to create and put together, using 8000 hand painted tiles. 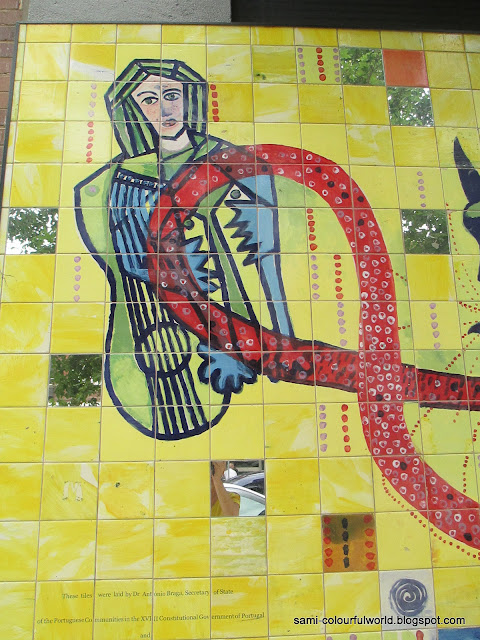 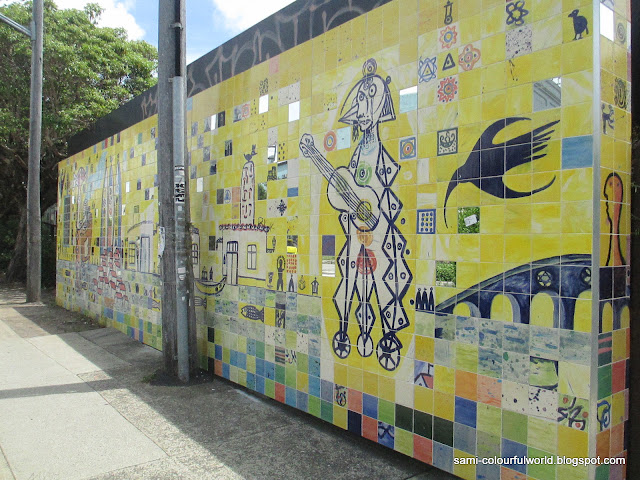 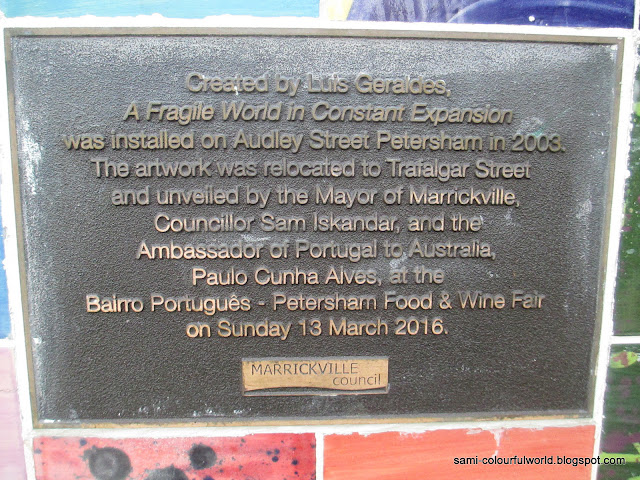 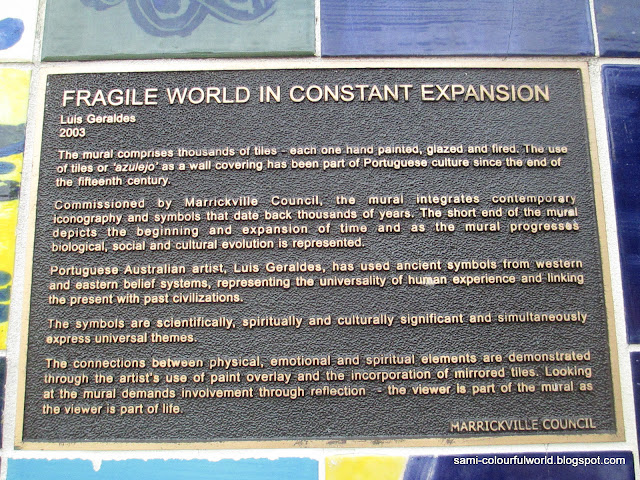 The next mural from the same artist was just up the road in Audley Street at the Petersham Australian Post building. 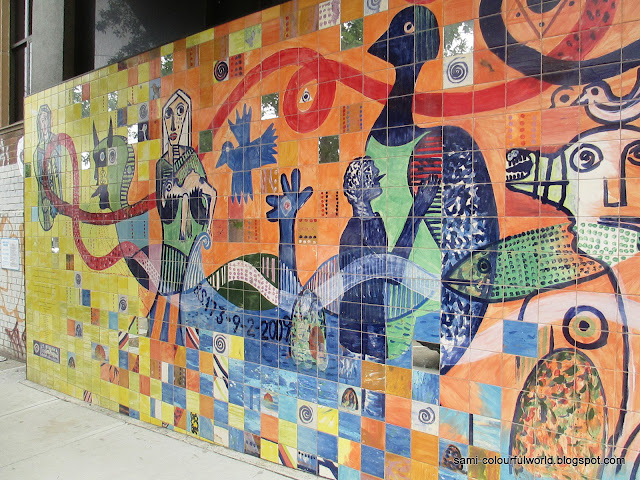 If you like murals or have a mural you'd like to post, this meme is for you; just follow the Linky steps below.   Be sure to link back to this blog and visit your fellow posters.  Looking forward to your mural finds this week.  Thanks.