Looking through some pictures taken last year I came across quite a few photos of murals I still hadn't posted.
I'll start with this one painted by Perth artist Stormie Mills at a bus stop in Ord street, just across from the Fremantle Arts Centre.

The Fremantle Arts Centre (bottom photo) was originally a lunatic asylum built by convicts in the 1860's.
It closed in 1941 due to campaigns by women's groups, as the place became known for sadness, suffering and even murder. It's rumoured that it's now a haunted building.
Probably the reason why Stormie Mill's wacky figures were painted at this bus stop! 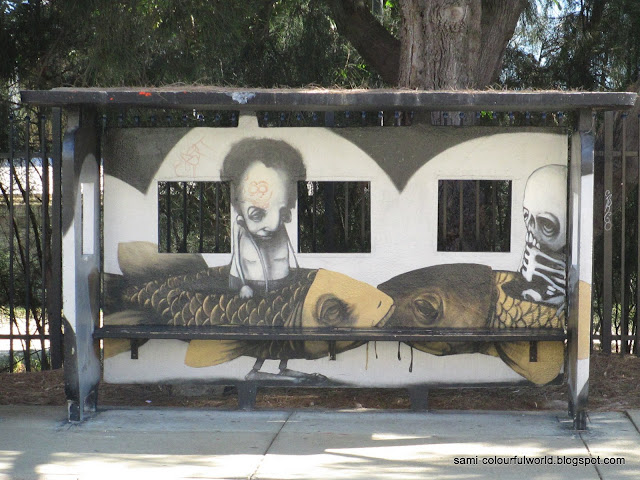 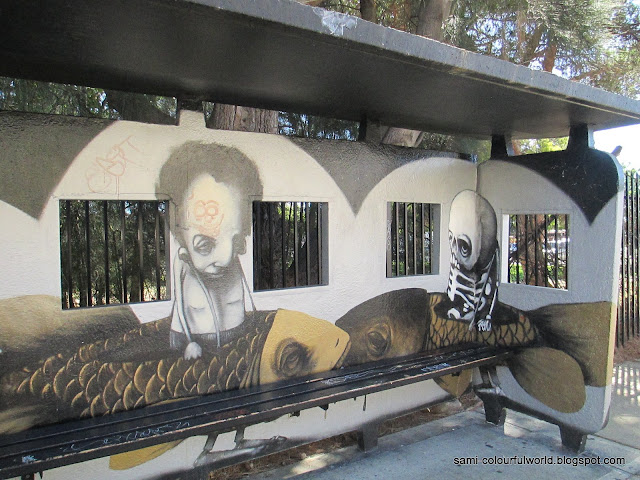 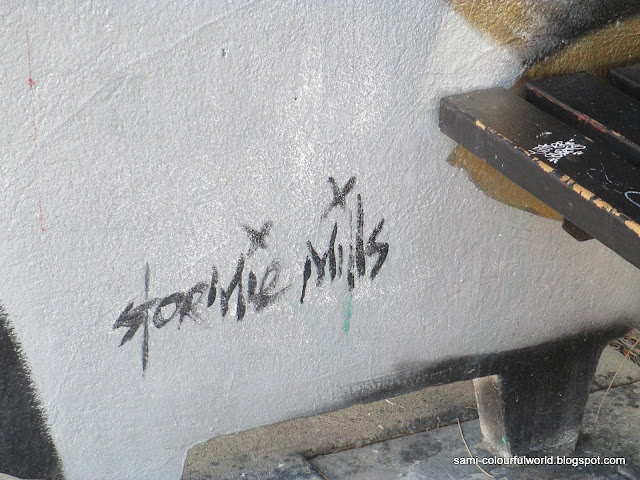 Other murals from Stormie Mills: