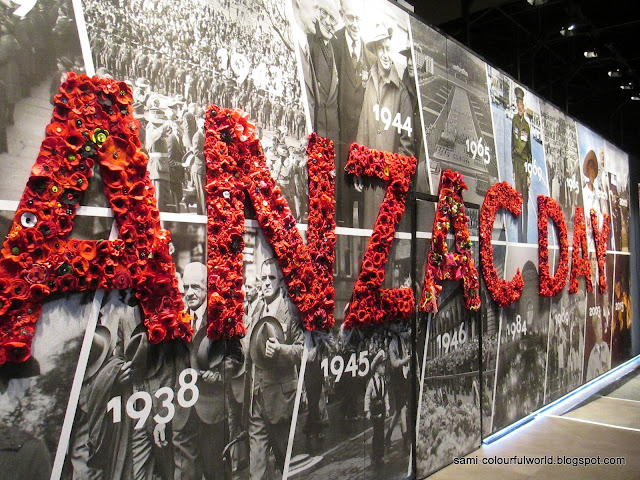 Anzac Day is a national day of remembrance celebrated in Australia, New Zealand, the Cook Islands, and Tonga, to commemorate those who served and died in all wars and conflicts and honour all those brave men and women who fought in those same wars and conflicts - the Anzacs - the Australian and New Zealand Army Corps, formed in Egypt in 1914, operating during the battle of Gallipoli against the Ottoman Empire during the First World War.

I've been wanting to go to Anzac Dawn Service, at Kings Park for ages, but once again I didn't manage to wake up at 4 AM to make it to the 6 AM service. I've been far too tired with too many badly slept nights, so I decided to rather catch up on sleep.

But I didn't want to let this day go by without remembering such a poignant event, so later in the day I drove to the main road of our suburb to take photos of the Anzac Memorial plaque laid out by the local RSL (Returned & Services League of Australia).
Hundreds of Anzac services are held across many towns in Australia. 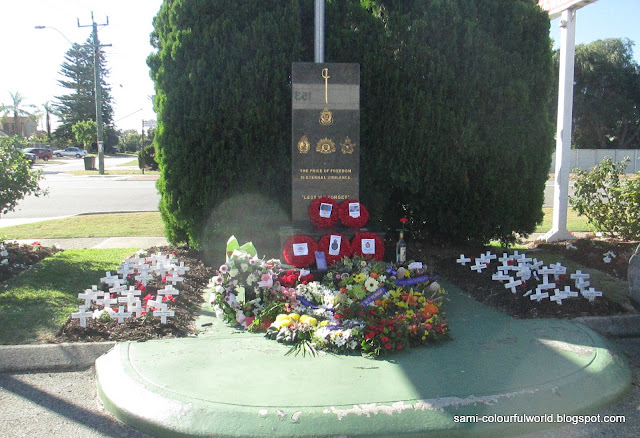 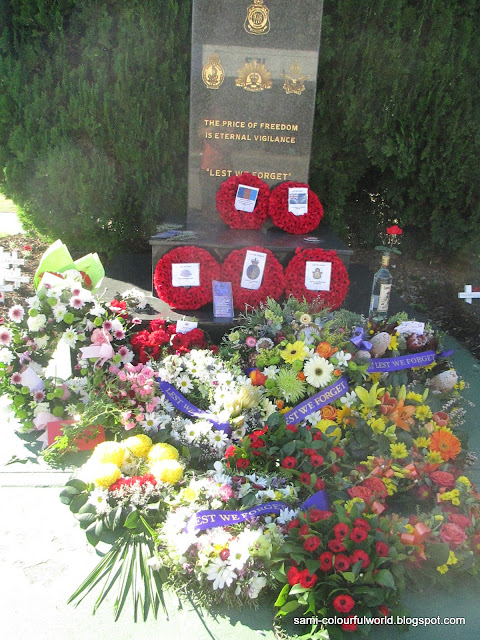 Our Autumn (Fall) weather has been so great, with temperatures in the high 20's C (77 to 82F), so in the afternoon, I decided to get catch a bit of sun by doing some gardening as it's such a relaxing activity too. And I spent about 3 hours replanting, moving plants around, etc. Hopefully the relaxing day will mean I'll have a good night's sleep too.


Strangely enough, the 25th of April is also celebrated in Portugal, as Freedom Day,
since on this day in 1974 a military coup in Lisbon overthrew the Dictatorship that had been in power since 1933.
Known as the Carnation Revolution, it comes from the fact that almost no shots were fired, and the population celebrated the end of the dictatorship and the war in the Colonies, by putting carnations on the soldier's uniforms and into the muzzles of their riffles.
(Only 3 people died in this revolution).