The Berlin Wall, in the Friedrichshain district, once a symbol of a divided city, is now a large open-air gallery - known as "The East Side Gallery", featuring over 100 murals by artists from across the globe. Many were painted in 1990, the year after the wall fell, the artworks that line the banks of the River Spree standing as a memorial to the reunification of Germany and other moments of global political change.

One of the most striking and well know mural is the "My God, Help Me to Survive this Deadly Love" also known as the Fraternal Kiss, by the recently deceased Russian artist Dmitri Vrubel.

It depicts the embrace between Soviet leader Leonid Brezhnev and East German president Erich Honecker at the 30th anniversary of the creation of the German Democratic Republic (East Germany) in 1979. 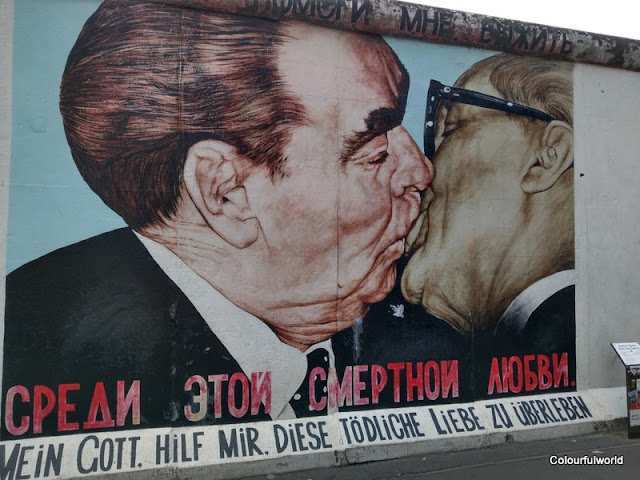 Remember this one from my first Berlin post, an advert which was a parody of the mural and original photo. 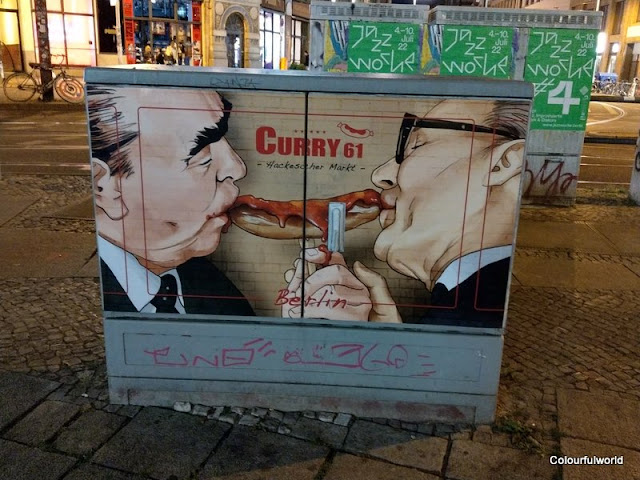 And the photo as seen at the "Wall Museum" near Check Point Charlie. 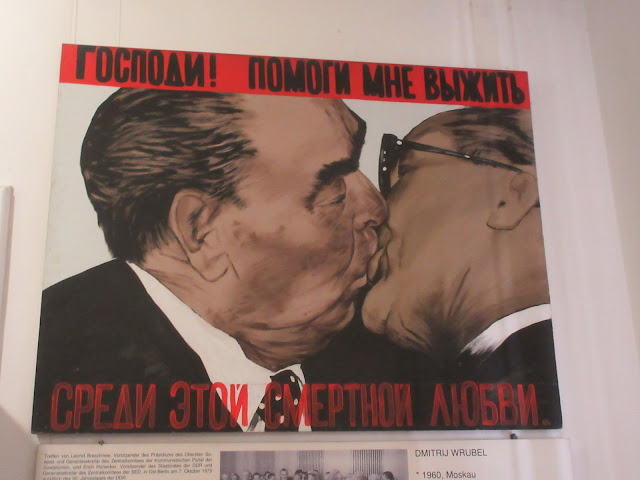 Another well known mural is "A Trabi goes through the Wall", by Birgit Kinder, where the iconic East German car, the Trabant is breaking through the Berlin wall. 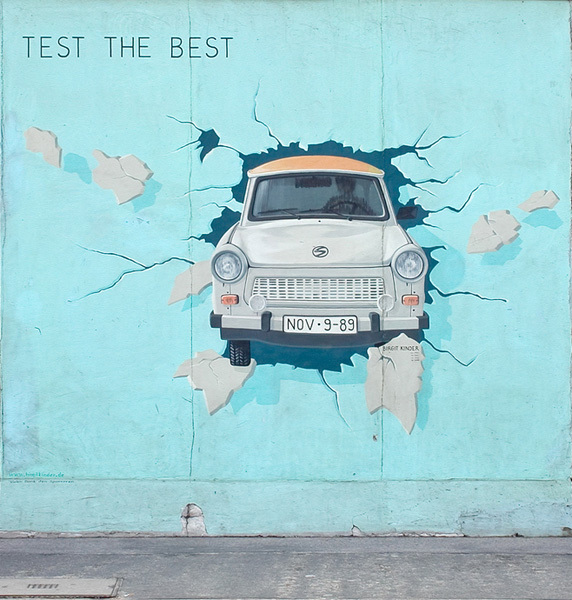 And at our hotel in Berlin, the Ibis Mitte - they had the replica by the lifts. 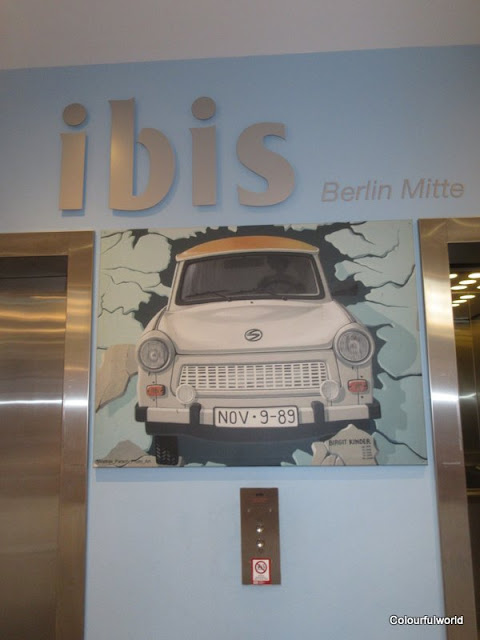 Another "kissing" mural I saw in a building not far from our hotel. 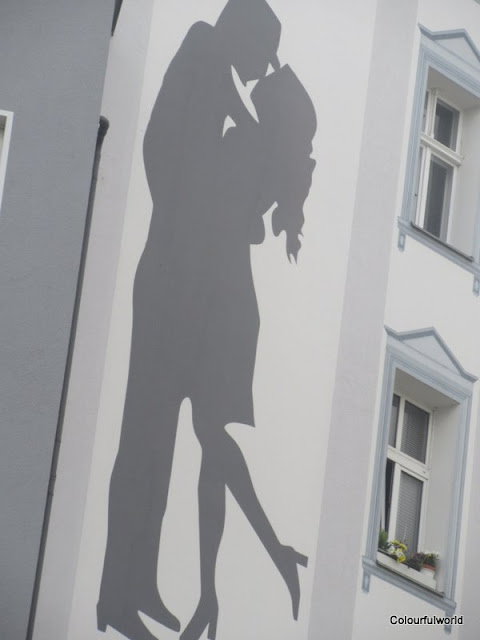 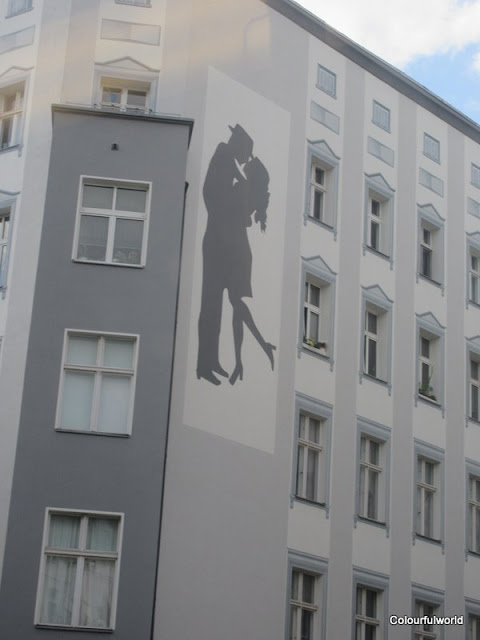 And a small advertising van with photos of some of the East Side Gallery murals. 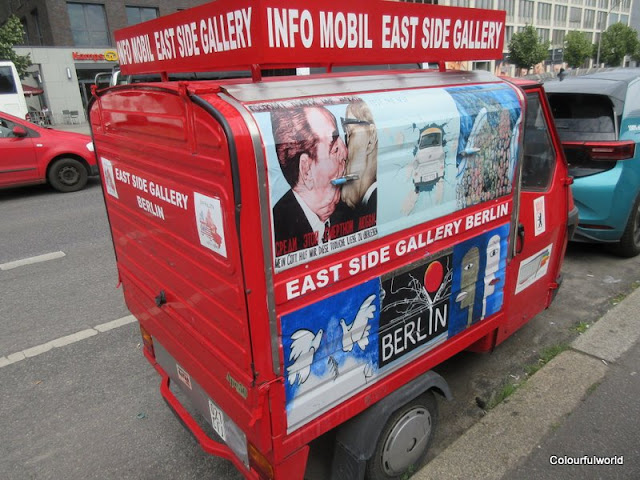