Also joining Tom with his signs from around the world.

We arrived in Berlin Hauptbahnhof (Berlin main station) at about 6pm (just 1 hour by train from Braunschweig).

Just as with our train trip from Cologne to Braunschweig, the trains are very comfortable and once again Karina booked the three of us into a quiet carriage - no people talking loudly, no mobile phones....what a relaxing way to travel!

We caught a tram into the suburb of Mitte (Middle) where our hotel was located - The Ibis Mitte - very basic accommodation but was well located for sightseeing - and transport.

After a quick refresh we got out again, and caught a tram to Alexander Platz station - home to the TV tower (Berliner Fernsehturm), the Red Town Hall (Rotes Rathaus) - home to the Mayor and government of the State of Berlin, and the Nicolai church across it. 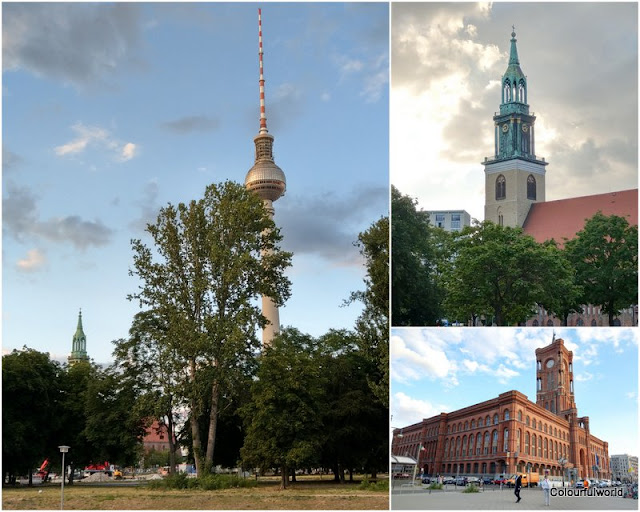 Then we crossed the Spree river and walked until the Museum Island area, home to Berlin's top 5 museums, as well as the beautiful Cathedral (Berlin Dom).
Across from the Cathedral and the Old Museum (Altes Museum) is a huge lawn area - Lustgarten, the ideal spot to relax and sunbathe to the sound of music by buskers. 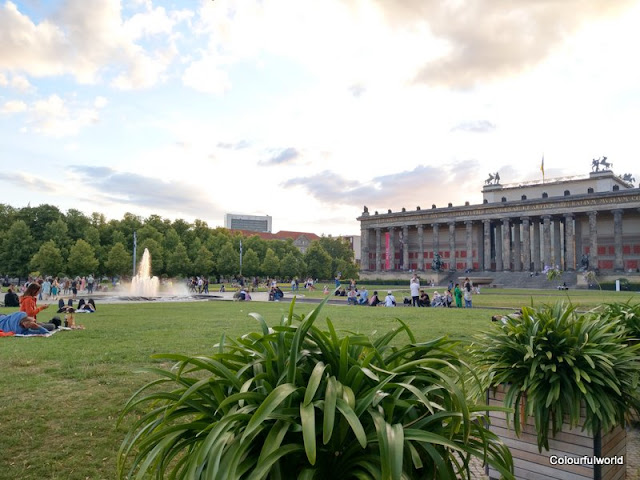 With the sun setting around 9pm I managed to catch a few photos of the Cathedral, the Spree River, the Old National Gallery...
It was time to look for a place to dine and we walked towards Hackescher Markt, a building where a weekly market is still held, and where you can find lots of small eateries and night life. 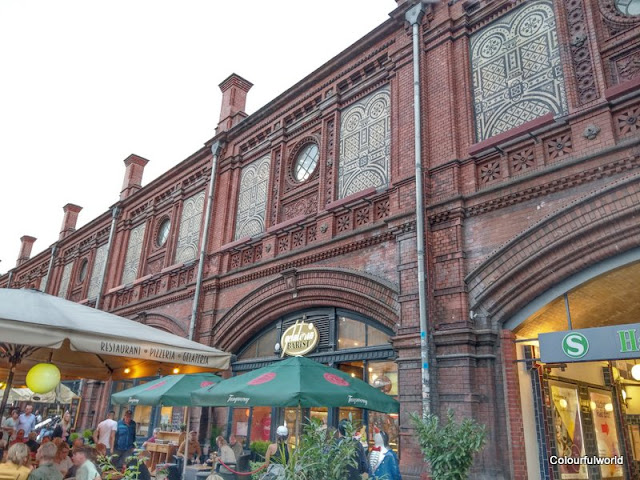 Jose felt like Asian food and we walked a few more minutes to a Vietnamese restaurant - Creasian - located in Grosse Hamburger Str. 20.
We sat outdoors, and while we waited to order I noticed a statue across the road and was surprised to find a monument to the Jewish Victims of Fascism, in front of the Old Jewish Cemetery (in Berlin Mitte).
The Old Jewish Cemetery (Alter Jüdischer Friedhof ) is the final resting place for thousands of Jewish that were buried between 1672 and 1827. It was returned to the Jewish community in 1948, after the war.
What a pity it was closed by then already.
On the side wall there was a beautiful mosaic mural done by school children which I'll post in the Monday Mural posts. 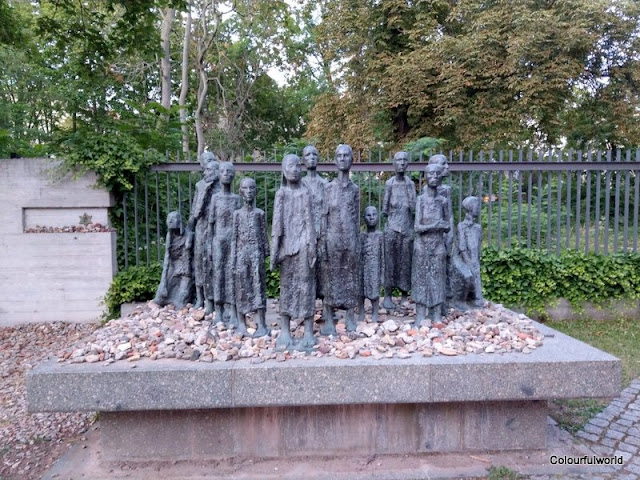 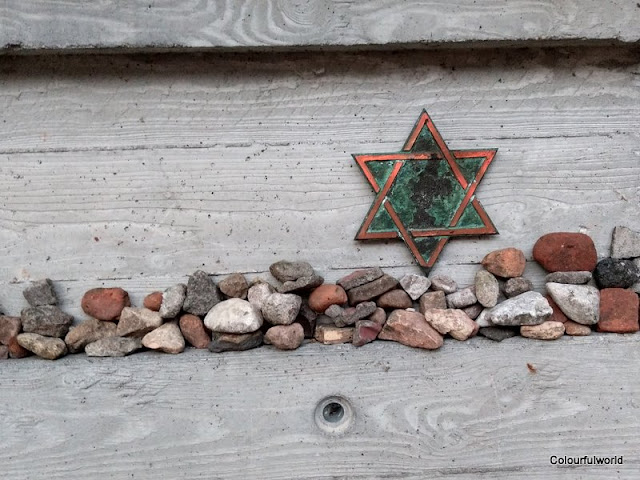 In the restaurant we had ordered things we had never eaten before, but it was all delicious.

After dinner we caught a tram back to the hotel.  We once again took advantage of our 9Euro ticket Karina had bought us that could be used for a whole month in any public transport (except long distance trains).

On our walk back I noticed this utility box to Curry 61, a take away restaurant in Mitte, painted with a parody of a famous photo of the "Fraternal Kiss" a mural on the Berlin Wall painted in 1990, of Leonid Brezhnev and Erich Honecker (Russian and East German presidents), reproduced from a 1979 photo taken during the 30th anniversary of the foundation of the German Democratic Republic (photo below). 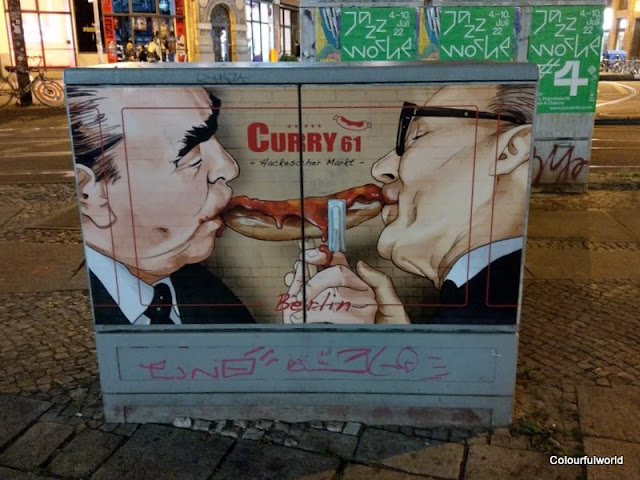