And the day arrived that we had to leave Porto. After packing our bags we relaxed for a short while on the terrace watching the trials for that weekend's Red Bull Air Race World championship, which was taking place that weekend of the 2nd and 3rd September. 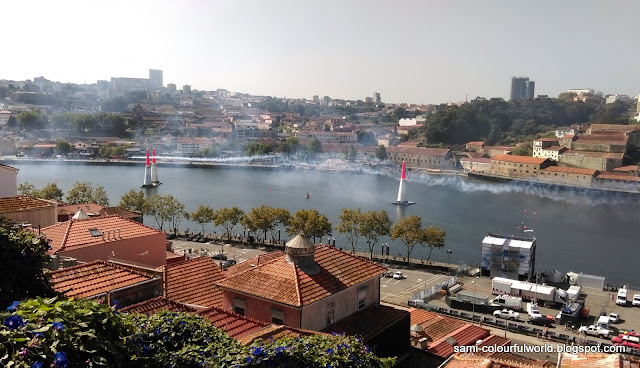 The previous days we had seen things being installed in the middle of the Douro river, control towers coming up, etc, etc, so it was actually exciting to finally see some action.


My husband was thrilled he could see the first training session taking place that Friday, and sad I hadn't actually booked the apartment for the weekend....but I had no idea the race was taking place then. 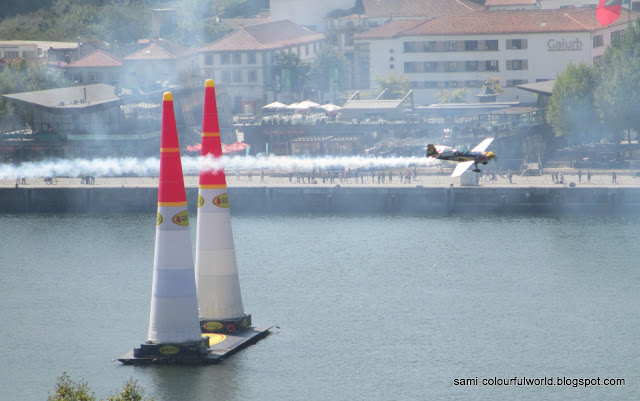 After a short while it was really time to say goodbye to Porto and the wonderful time we had there, and we headed to the city of Braga, about 50km North to meet up with a friend from the time when we lived in South Africa.


When we arrived I contacted my friend and arranged to meet in the city centre to have lunch and to catch up on each other's lives.

The town was all decked out in white - flags, balloons, window decor - as "White Night festival" was being held that weekend too.


After lunch it was time to have a coffee and cake at a pastry shop, and with so many choices it was difficult to choose just one! I went with the delicious "white bean cake".

And it was again time to leave and drive to Cascais (30km from Lisbon), where my family lives, and where we would stay for the next 15 days.

PS: Don't know if you heard about the terrible fires that affected the center and north of Portugal on Sunday and Monday (15th & 16th Oct) - The city of Braga (at top) was affected, but also the city of Leiria, where we had our first family and friends lunch was surrounded by fire. The town where we used to live in the center of Portugal (Carregal do Sal, between Viseu and Coimbra) and surrounding villages were also badly affected. From family and friends that live there I heard that about 70% of the forested area around it has been burned, some people lost their houses, many lost their crops, farm animals and there were 4 lives lost. In total 36 people died that weekend.
I also heard that "Quinta da Lontra" where we stayed with our family when attending our grandson's christening and our daughter's engagement, was surrounded by fire, but they managed to avoid being burned down..
I have contacted the owners Toby and Nina and they are ok, but safe but sad that everything around them has burned. They had also provided accommodation to neighbours who had lost everything. How wonderful of them!