Open House Perth, a free two day event that celebrates the best of architecture and design was held in Perth on the weekend of the 16th and 17th of November.
With 120 places on show, from commercial venues to residential architectural masterpieces, heritage gems and beautiful gardens, this event invites people to explore their city and destinations that aren't usually accessible to the public.

Saturday was an extremely hot day for Perth's Autumn at 40C (104F) and I considered staying indoors, but at the same time didn't want to miss the opportunity to see some amazing places that I had earmarked to visit. We had a previous engagement for Sunday, so it had to be Saturday.
I managed to convince Jose to accompany me and just visit 4 or 5 places!
This year I could only participate in the Saturday visits as we already had an invitation to a friend's house for Sunday.

We started with a visit to the offices of the Arup Group, an architect/designer firm in Exhange Tower on The Esplanade, the road just across from Elizabeth Quay, so that we could enjoy an aerial view of the quay.
Arup was celebrating their 50th year in construction and they were the ones that designed the Elizabeth Quay bridge, they were involved in the construction of the Optus Stadium in Perth, the indoor waterfall at Changi Airport in Singapore, Cebu Airport in Cebu, Philippines (where I flew from in December 2018, when I attended my daughter's wedding)...

Their open plan offices with fantastic views over part of the city was just amazing. 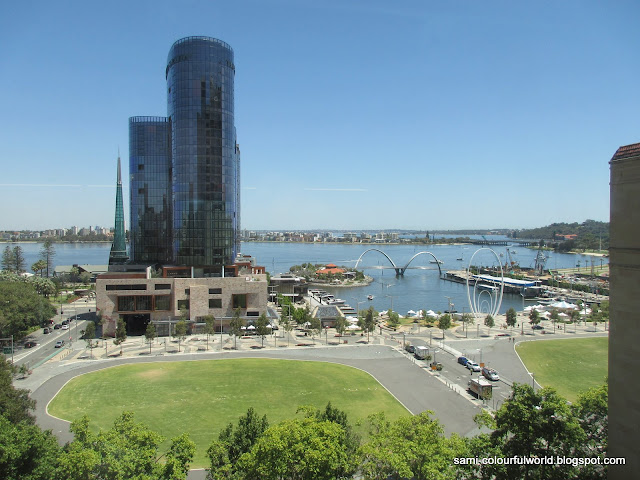 When we left Arup, we walked around Elizabeth Quay, stopped for an ice-cream and came across a "tiny home", by Tiny Homes Perth. They seem to be very much in fashion, but even though they had everything you could wish to have in a house, it's just too tiny for my liking and I couldn't have all the clothes or shoes I have as the wardrobe space was just too minimal 😉. 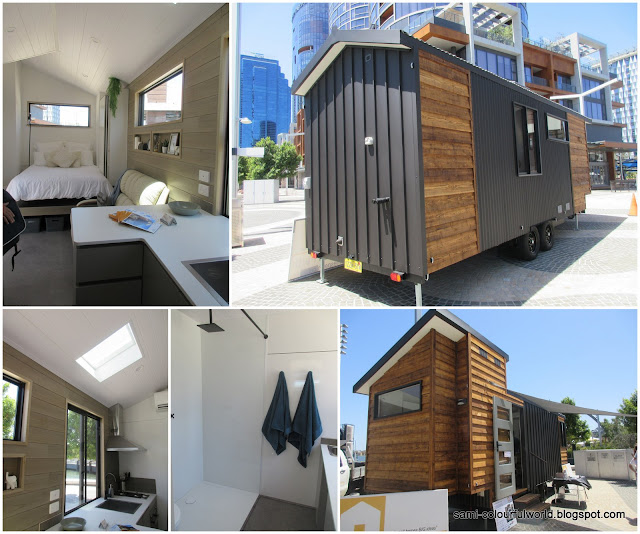 Visit done we walked back to the parking lot, got in the car and drove west of the city to the suburb of Wembley to visit the recently completed Reuse House by X-Space Architects.
With a major renovation, they transformed a 1950's house into a big modern home, reusing and recycling existing materials from the original home and with energy efficient features. 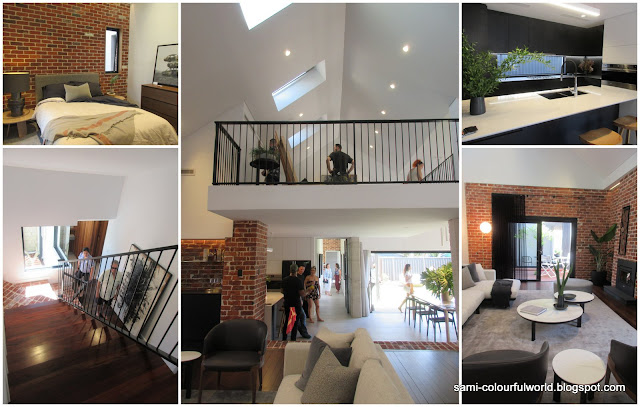 The next two houses we visited just a couple of km's away were in the suburb of Doubleview.
Ravenscar House was built in just a 186 sqm (2002 sqf) site by architect/builder/owner Pablo Segnini.
The double storey house was so well conceived that he even managed to include a small pool in the backyard (sideyard in their case), with an open plan lounge/dining/kitchen, laundry/toilet on the ground floor and three bedrooms, 2 bathrooms, a study nook and family room on the first floor.
We enjoyed a chat with the owner who explained some of the materials he used and the reason why he chose to have a pool rather than a closed garage. 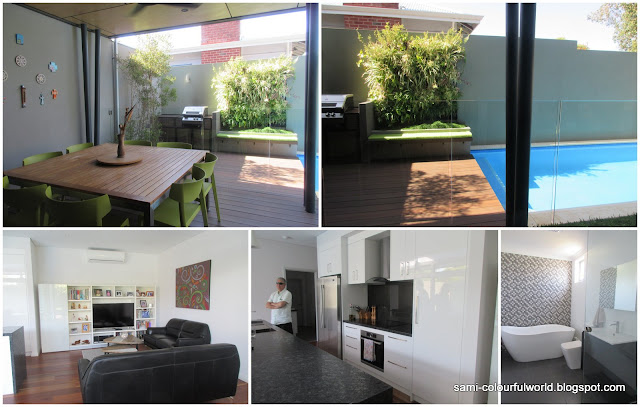 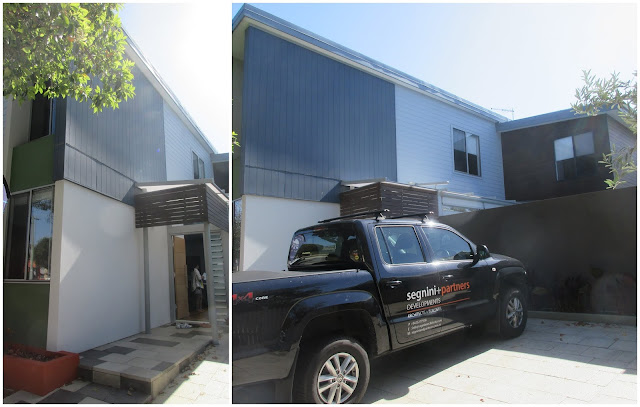 The VVision House was the last one, designed, built and owned by architects Christian and Deepti Wetjen.
The most sustainable, energy and waterwise efficient of the three of them, this two and a half storey house was the first straw bale house to be approved and built in the City of Stirling, and one of the first in Perth, but as Deepti explained to us they had to prove to the Council with data from straw bale houses built around the world that it was a viable and sustainable way to build.

The combination of the straw bale walls, insulated sandwich roof panels, double glazed windows that came all the way from Germany, make the house feel comfortable the whole year around. And we can attest to that, because with a 40C (104F) outside, indoors it was a cool 27C (80.6F). Solar panels, efficient lighting and appliances, water tanks and grey water recycling, the house generates more power than it uses, and we were told they mainly only pay for gas.

The 2 bedroomed ground floor is separate from the top floors and is rented out, while the family live above.


A staircase over the 1st floor bedrooms leads to an ample family room used for sewing, studying, reading with views to Scarborough Beach on one side and balcony views to the city on the other side. Really beautiful!


All in all it was a great day out and Jose even enjoyed himself and had the opportunity of asking all sorts of questions regarding the sustainability of the houses.