About a month ago I posted that I had started to paint my dining room chairs.
And here is the result! 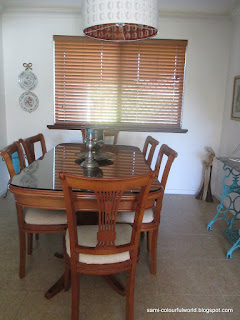 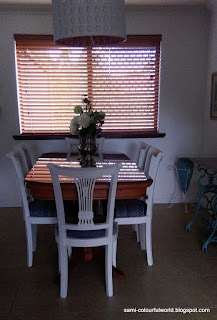 Pinterest is full of this type of makeover and I was inspired by some of the beautiful pictures.

In the States most people use Annie Sloan chalk paint, but I would have to travel a bit out of my way to get that brand, so decided to go to my local Hardware (Bunnings) and they had two brands of chalk paint, which were also slightly cheaper, even though they are a lot more expensive than normal paint.
I used Rust-Oleum Chalk paint in Linen white and a Matt clear varnish. I had bought a small roller, but because of the small narrow areas to paint I found it easier to just use a brush. I bought a good brush that didn't shed hairs, or left marks, and that was a good investment. 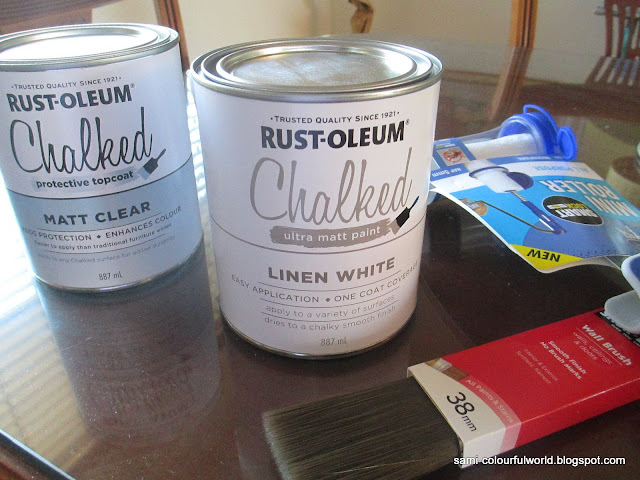 First I removed the screws that were holding the chair seats to the frame, took the chairs into the garden and started painting two chairs at a time. Drying time was about 30 min, and as soon as they dried I went over them once more, until they all had four coats. A few days later I painted two coats of the clear varnish. 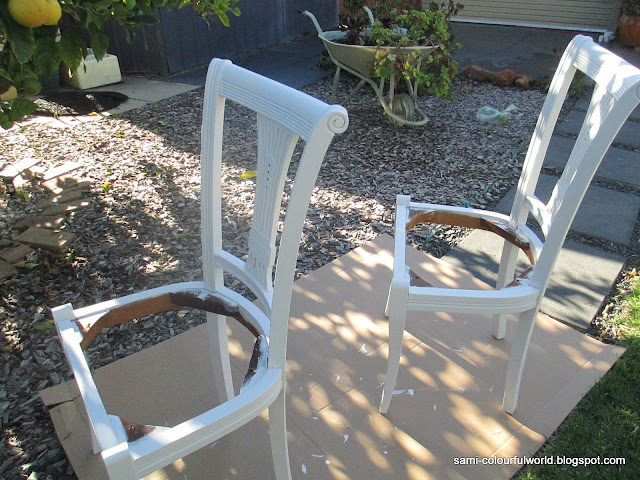 I had wanted to cover the seats in a brighter fabric in turquoise tones (I'm a turquoise fan) and managed to find something I liked at Spotlight. I stapled the fabric under each seat and done! 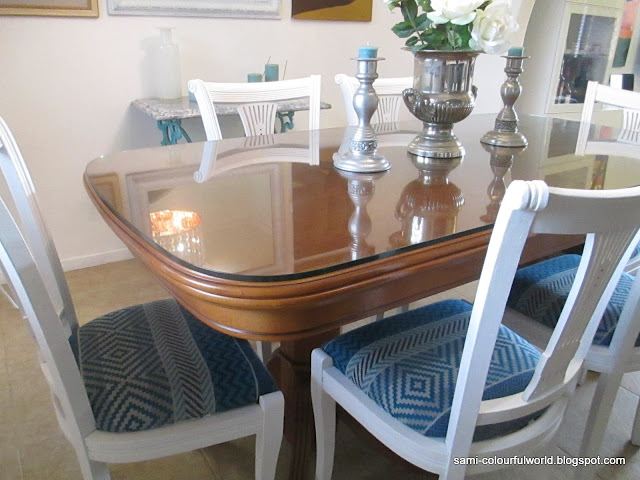 The two extra chairs that belong to the dining room set were also painted.
They usually sit next to a small square table at one end of the living room (the table was also bought at an op-shop last year).
I also bought a lovely turquoise velvet at Spotlight and covered both chairs. They can always be used in the dining room if we need extra seating as the fabric colour matches. 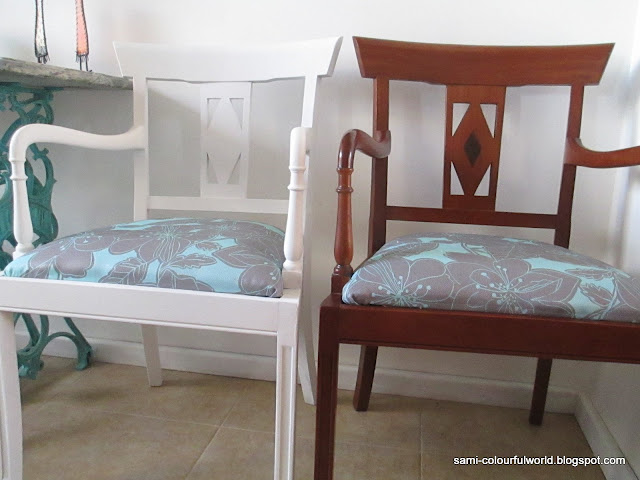 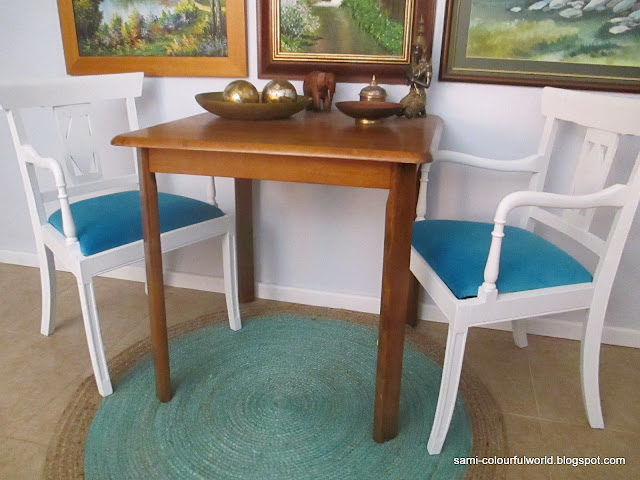 To complete the setting a bunch of fake flowers bought at Ikea were put in the silver ice-bucket. Can you believe it was a wedding present, and has been moving around with us for almost 37 years!!
The pewter candle holders were a going-away present from my arts group when we moved from Portugal to Australia in 2007. 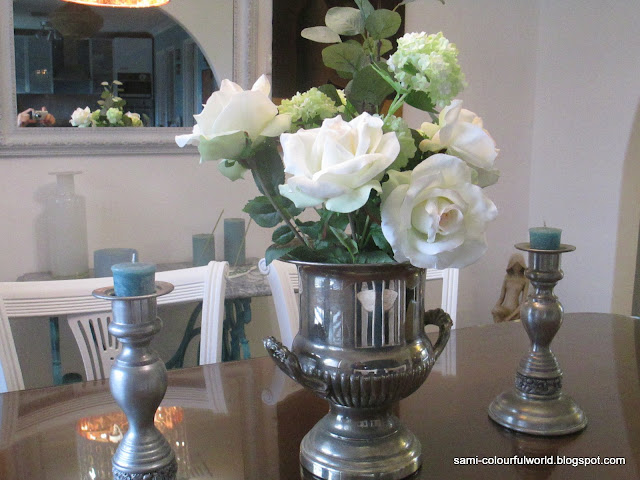 The two glass ornaments on the marble top table were also bought at an op-shop recently, the white jar cost $5 and the blue container cost $3.   The table frame was part of an old sewing machine that we bought at a flea market in Germany, when we lived there almost 30 years ago. It used to have a wooden top but in Portugal I had the marble top made for it. The frame was painted in black then, but of course turquoise is the way to go! 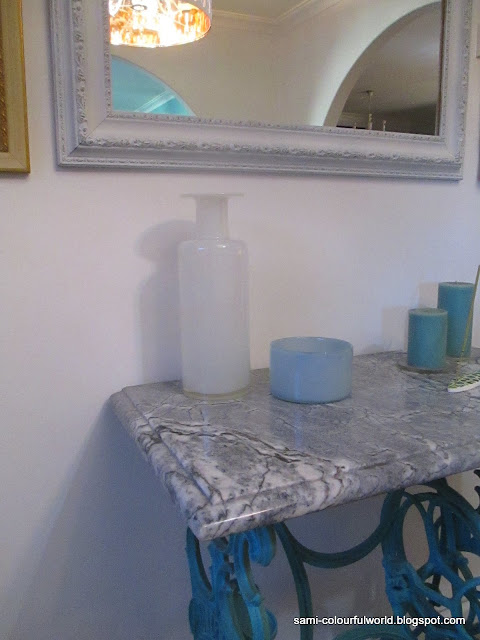 And here it is again - from brown and dull to a much brighter and semi-modern dining room.
I'm happy with it and hopefully this dining room set will last a few more years.

My husband who had his reservations about this  project actually said it looked so much better and even suggested I paint the table legs.

And what do you think of the new look?

Email ThisBlogThis!Share to TwitterShare to FacebookShare to Pinterest
Labels: DECOR