The Giants are gone but not forgotten!

While on Friday I had a front row seat to the Little Giant Girl event in the city, today (Sunday) was completely different.
On Saturday there were 400,000 people, but today it was estimated that 600,000  to 800,000 watched the Marionettes. In total during the 3 days it's estimated that 1,4 million people watched the show.
In a city of 1,5 million, it means almost everyone saw the show!


Today I arrived at Langley Park at 9,15 AM and I already found a ring around the Giants that must have been 30 to 40 people deep! I was meant to meet up with my German blogger friend but it was impossible to get by, so I just stayed where I was.

The Little Girl slept in the Giant's arms, both snoring loudly. After some Didgeridoo music, at 10,30AM the pair woke up to the cheers of the crowd.

The Little Girl was then hoisted up and performed a dance in the air while the Diver watched with a bemused smile. 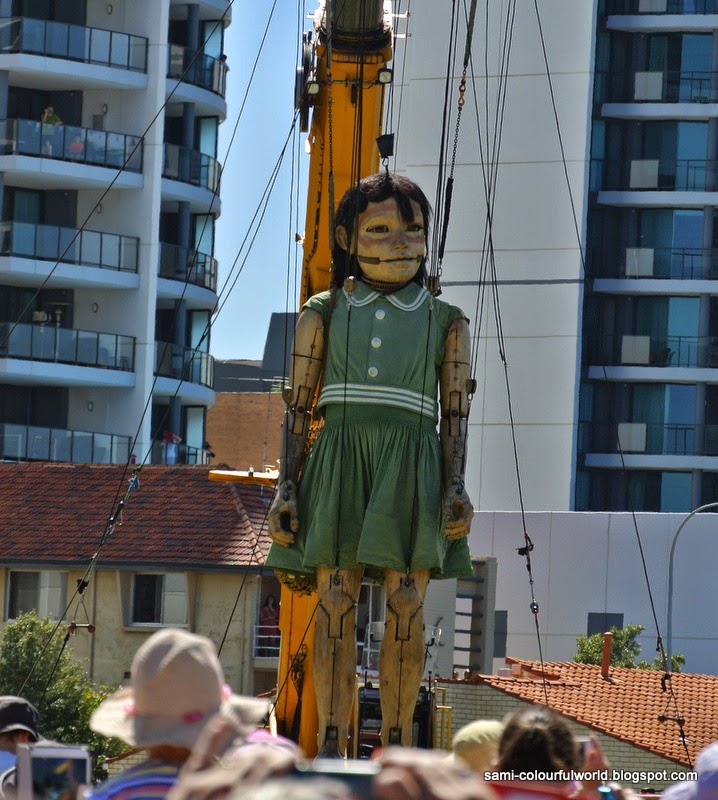 Then he had his heavy diving helmet put on, and he too was hoisted up, and then both walked around the park. At that stage I wanted to move closer to the river's edge, which took me half an hour to negotiate, so that I could eventually see them depart down the river.


After some speeches by the WA Premier and some Anzac ceremonies, both Giants were hoisted onto a barge in the River Swan.
There were hundreds of people on boats, rubber-ducks, canoes, etc, and I think they probably had the best uninterrupted view of the Giants. 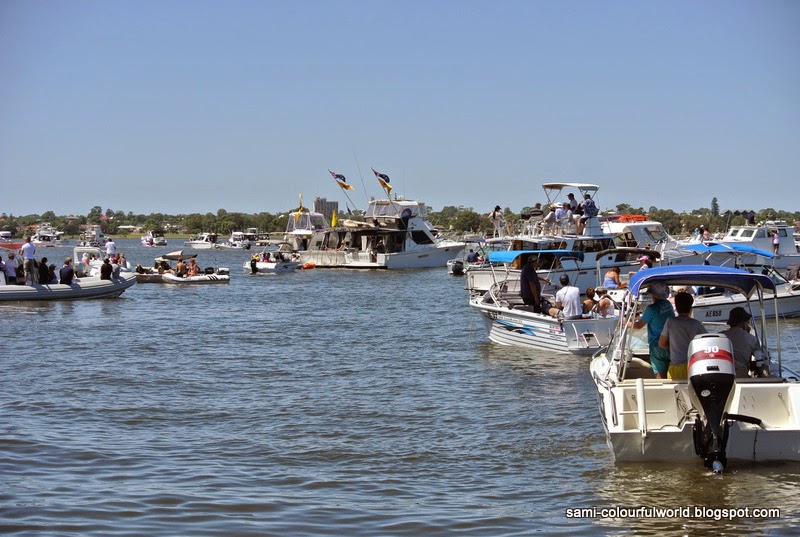 After the marionettes were hoisted by cranes and put on the barge, another boat blew a lot of smoke around them, while the barge moved slowly through all the boats.


Slowly they made their way past the area where I stood and went towards the port city of Fremantle, with most of those boats following them for a well deserved farewell back to their home country of France. 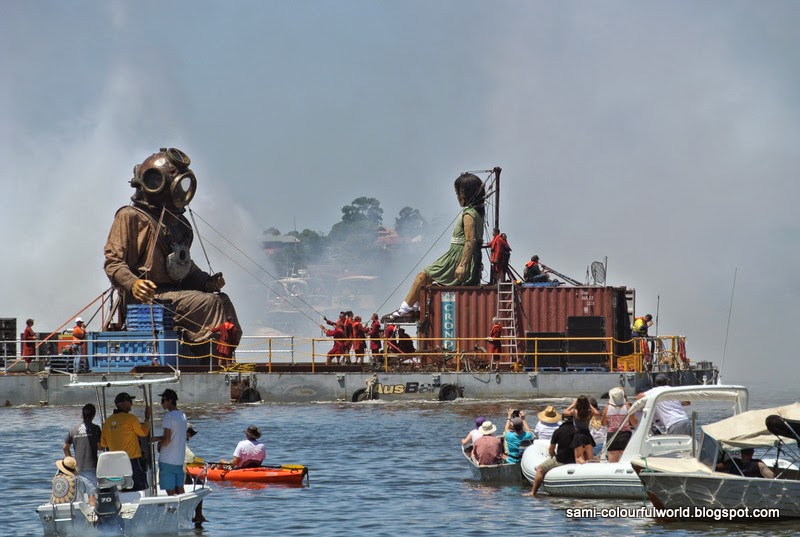 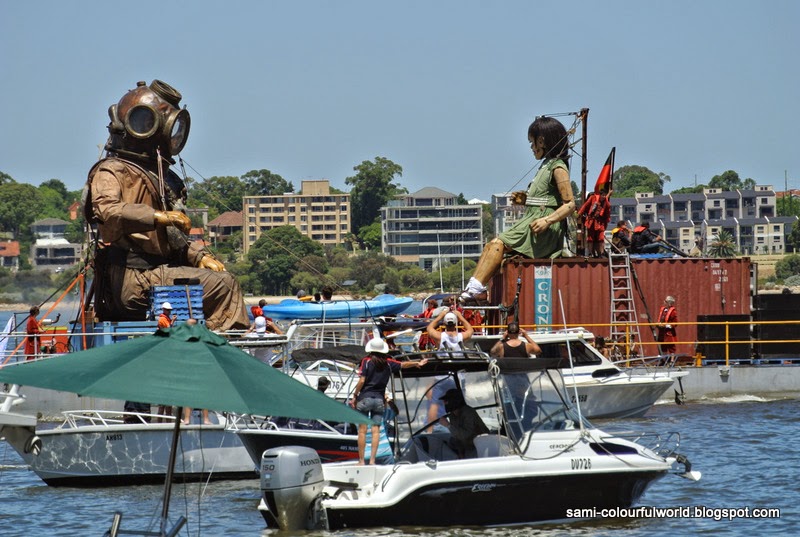 This was and will be for sure one of the most memorable shows Perth will ever see, and I felt very privileged to have been able to see it.
Well done to Royal de Luxe, they deserve 3 cheers!