On Saturday 22nd, we woke up early to a gray and and wet day, although some sun-rays were unsuccessfully trying to poke through.

We first went downstairs to one of the little cafes next to the hotel, and had a wonderful bacon and eggs breakfast.
After breakfast we went up to our room and my son arrived with his suit to get ready for his big day.
After showering, hair, make-up (for me only of course!) and with our formal outfits on, we were ready to leave in time to be at the function room one hour before the wedding ceremony. 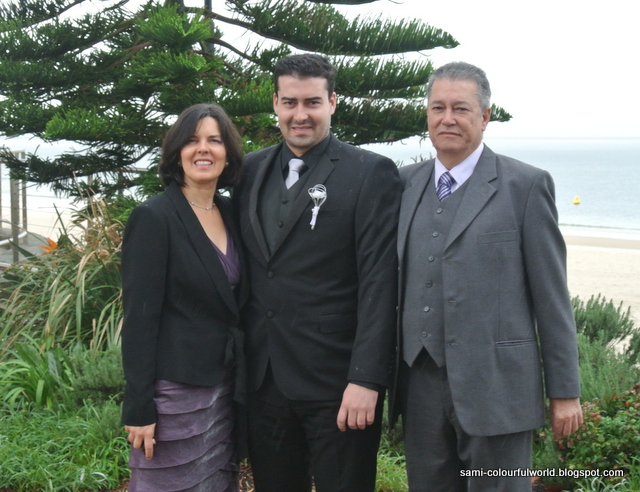 A small ceremony ensued and after the signing of the paperwork by the witnesses and the bridal couple, it was time for the congratulatory wishes by the guests, and then we moved to the annexing room to take some photos. 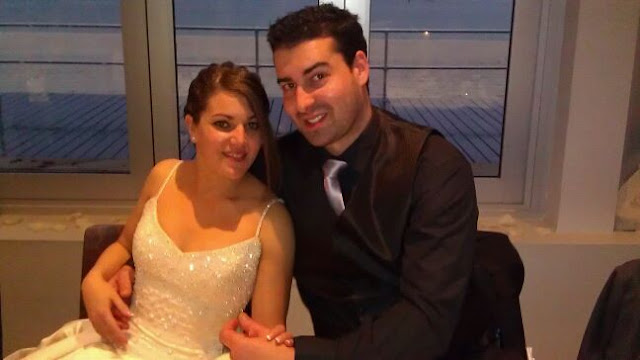 They had wanted photos on the beach, as the venue was right next to the sand, but the weather didn't permit,, as you can see from the grey weather outside the window...
It was then time to sit down to a lovely meal. 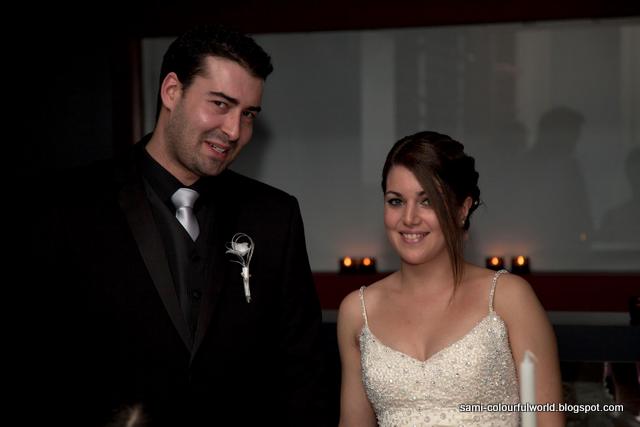 It was a small but intimate wedding and it was a perfect day.
Don't my son and daughter in law look so gorgeous? I wish them all the happiness in the world!

A bit of background to their love story - Both Sara and Michael were school colleagues in the last two years of High school in Portugal. After High School, Michael came to Australia with us, and they lost track of each other. Just over 1 year ago Sara, who was raised in Sydney and then went to Portugal, joined her Dad in Sydney again.
A common friend asked her if she had already met up with Michael, to which she replied that she was now living in Australia and he was in Portugal... Not so, said the friend, he also lives in Australia! And so she looked him up on Facebook, where else??  And so the fairy tale began...
I think it was destiny!