Happy New Year to you all, hope you had a lovely celebration with your family and friends. Wishing you health, peace and happiness.

I love murals and street art. If you like murals or have a mural you'd like to post, this meme is for you.  Just follow the Linky steps below.  Once you start looking you will find murals everywhere.  The "Monday Mural" meme goes live on Monday at 12,01AM, Perth,Western Australian time. Be sure to link back to this blog and visit your fellow posters. Looking forward to your mural finds this week. Thanks Sami.

I found this beautiful mural in Silves, in the Algarve, Portugal's southern region, during our holiday in July this year, when we had lunch with our long-time friends who also live in Perth and were also holidaying in the Algarve.

Silves was the original capital of the Algarve district and was an important trading centre with North Africa during the Moorish era (9th to 12th century).

Its rich history includes the imposing Silves Castle, from where the Moors ruled over the entire region of the Algarve, the heavily fortified gateway that leads into the historic centre and the Gothic Cathedral which was constructed on the site of a Moorish Mosque. 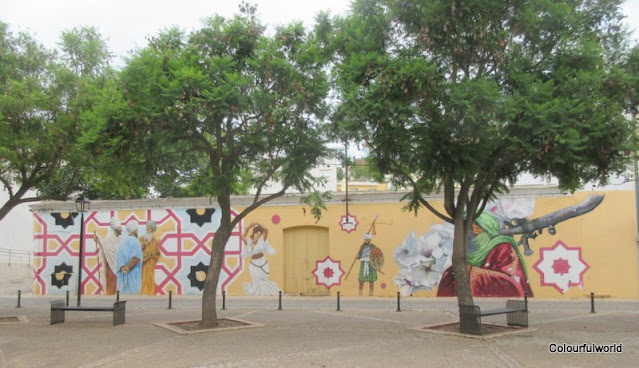 The mural was painted by grafitti artists Hélder José (known as ‘Bamby’), and Filipe Gusmão, of Style Spectrum and is located near Praça (Square) Al-Muthamid gardens.

The main characters in the mural are Portuguese King Sancho I, (known as "the populator") (who used the title "King of Silves" from 1189 until he lost the territory to Almohad in 1191, and the Arab poet and writer Al-Mu’tamid (also known as Abbad III), who was the third and last ruler of the Abbadid dynasty of Seville, and was appointed Governor of Silves at the age of 13 by his father Al'Mutadid, lord of Seville, who conquered the city of Silves in 1053. 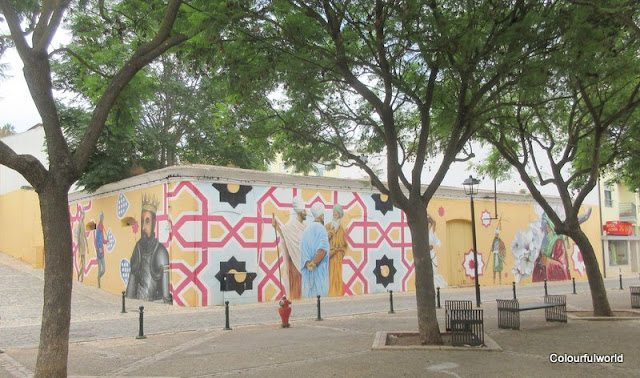 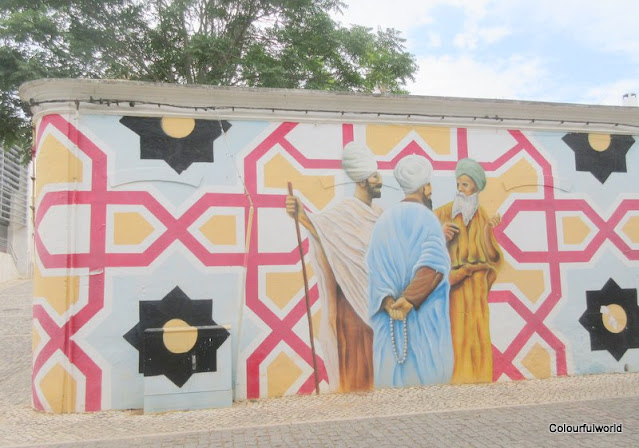 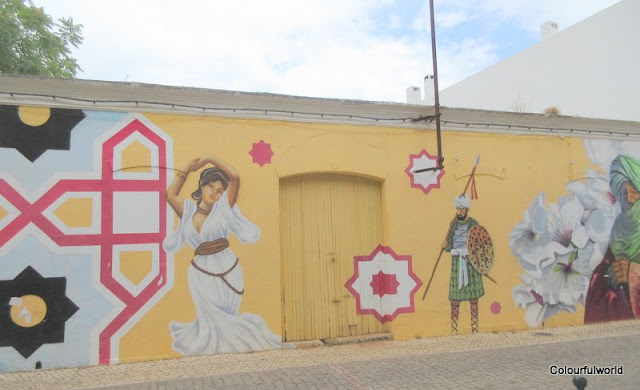