I love murals and street art. If you like murals or have a mural you'd like to post, this meme is for you.  Just follow the Linky steps below.  Once you start looking you will find murals everywhere.  The "Monday Mural" meme goes live on Monday at 12,01AM, Perth,Western Australian time. Be sure to link back to this blog and visit your fellow posters. Looking forward to your mural finds this week.  Thanks, Sami.

When I was in the city last Saturday 27th March to visit the Perth Home Expo, I then walked to the city centre a couple of blocks away and went into Raine Square - Perth's premier retail, dining and entertainment precinct in the corner of William and Murray Streets, just across Perth's Underground station.

As I was photographing some murals inside the centre, one of the staff members told me about a new mural just outside in Queens Lane - which can be reached via the relaxing courtyard.

The 13 x 13mt mural of Mary Raine which was unveiled on International Woman's Day - 8th March, began being painted on the 17th February (her birthday), by talented Perth artist Jerome Davenport (Ketones 6000).

Mary was a businesswoman, philanthropist and founder of the Raine Medical Research Foundation. The rags to riches story starts with her birth as Mary Carter in England in 1877. She moved to Australia, bought property with her savings from her barmaid job and became a wealthy woman with the property boom in the 1920's.

She married Joe Raine when she was 66 years old and even though he was 13 years her junior he died with a stroke in 1957.  She left her property portfolio to the University of Western Australia to set up a trust for a medical research foundation, and since 1957 the trust has supported over 500 scientists to carry out important research into diseases for the benefit of the whole community. She died in 1960 having donated her estate worth about £1,000,000, to UWA, making it one of the largest private donations ever made to an Australian university. 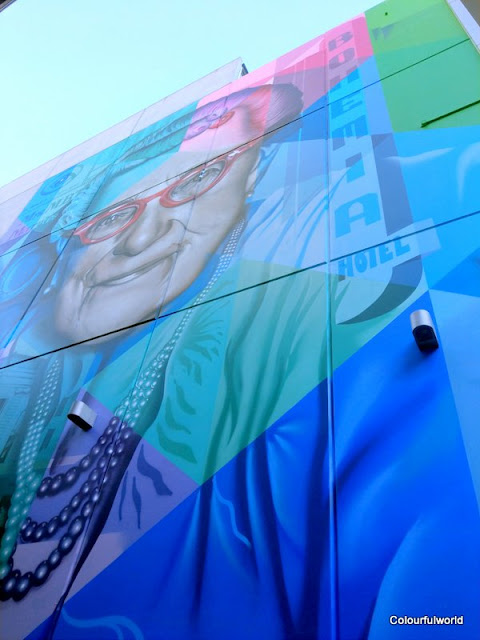 On the top right corner are the words Bohemia Hotel and on the right is the Wentworth Hotel, which she had bought in 1927, to expand and refurbish, and which became her home, business headquarters and the flagship of her business empire.

The city block including the Wentworth Hotel, the Royal Hotel and Bohemia Hotel - all now owned by UWA, as part of Mary Raine's bequest, was redeveloped as what we now call Raine Square. 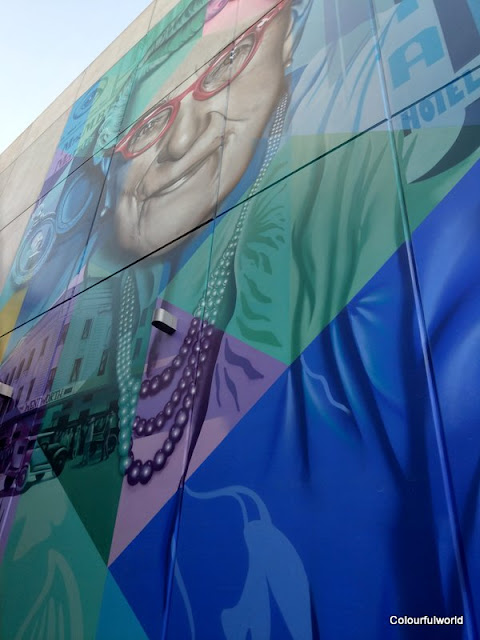 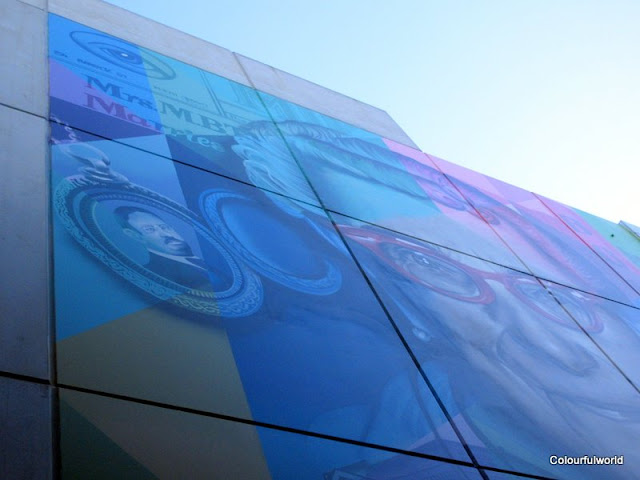 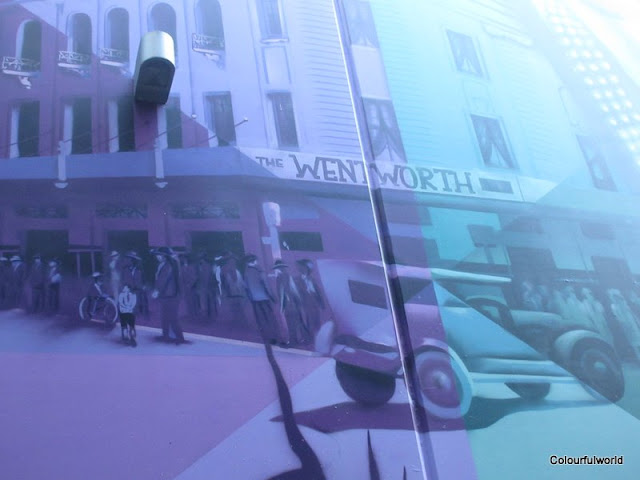