I know I've just finished posting about the month of December, which was crazy busy, and here we are in February already, so before it ends, here is my January.  Luckily a lot quieter...

On Sunday 5th, I picked up two friends - Vina who is 84 and Idalia who is 87, and drove to the northern suburb of Quinns Rocks, about 1 hour's drive from my home, and 20min from the most northern suburb of Two Rocks. (Perth is a very long city, approximately 125km (78mi) and about 50km (31mi) from the coast to the east.

The occasion was an afternoon Tea for ladies only, held at the Quinns Rocks Surf Club and organized by the Portuguese Australian Women's Association (PAWA) of which I am the treasurer.

Ladies were encouraged to bring a cake to share and tea and coffee was provided.
When I got there, we had to set up the tables and chairs for the guests (luckily two husband's were present to help out) and put out all the cakes being brought in.
Considering that it was the first event organized by the Association it was very well attended by about 50 ladies. The Mayor of the City of Wanneroo (to which those northern suburbs belong to) the lovely Tracey Roberts was invited to the event, gave a beautiful and uplifting speech and even became a member of the Association.

We had a few things gifted to us to be raffled and the money collected was to be donated to a women's refuge.

Thursday 9th I restarted my French lessons. Not sure if I made any progress, during December, I tried my best to speak in French to the in-laws once in a while, but there were a lot of missing words in between. I still find I can read and understand what I'm reading a lot better than speaking.  For the time being I will continue as it's also good for the brain.

On Friday 10th, I invited two Portuguese couples for dinner. One couple was visiting  their daughter, who with husband and baby daughter stayed in my house for a month when they moved to Perth about 7 or 8 years ago, and the other couple are our oldest Perth friends.

In the morning my friend, the very sprightly 97 year old Idalia called me to go and fetch an apple cake she had baked me to thank me for my help with some paperwork a few days before. It came in handy to serve to my guests with their coffee after dinner. 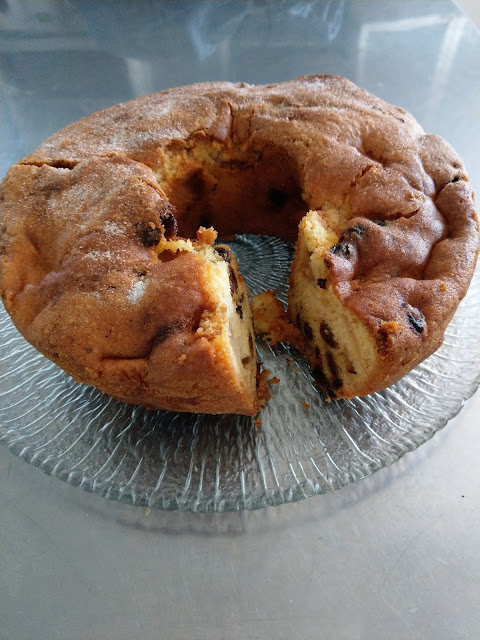 It was almost dinner time on Saturday 11th, when it suddenly dawned on me that it was the 13th anniversary of our arrival in Perth.  So I quickly rustled up a tray with snacks and we opened a small bottle of (real) French champagne, which had been given to me by Dr Y as a Christmas present when I returned to work on the 6th.  No dinner then of course.

The next morning when I woke up my daughter Karina had sent the family a message on WhatsApp to inform us that the Taal volcano which is 30km from where they live in the Philippines had erupted.  People were being evacuated in a radius of about 10km, ash was blowing in their direction and they had to wear masks, but they were ok.
She was confident they would be ok and luckily they would be evacuated in case of danger by the company she and Thomas work.
Luckily the massive eruption that was predicted hasn't yet happened.


Saturday 18th, Jose and I and friends W and L attended a concert at the Crown Casino Theatre - The Beatle Boys - a young Sydney band who played Beatles songs.  The "rheumatic brigade" was there in force...not us of course, we were part of the younger ones there 😉.

The boys were fabulous singers, the crowd participate, sang and danced. We loved it! 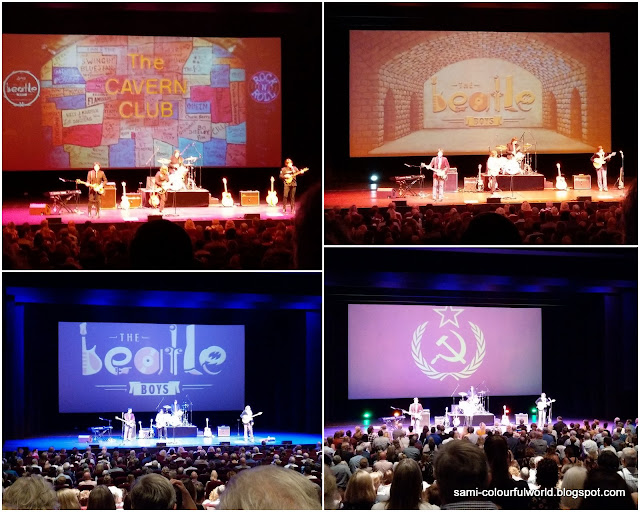 After the concert we went to the Casino to have a coffee and found the pop-up Crown Cabana Lounge, decorated in pink, blue and white, bringing a touch of Summer indoors. 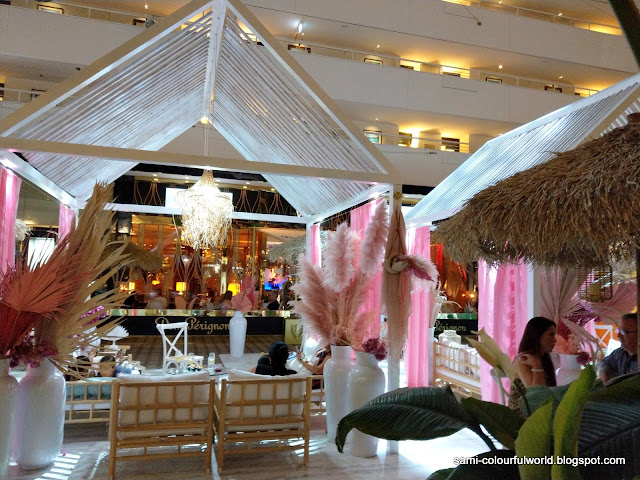 For the first time since we arrived in Australia I didn't attend Australia Day's celebrations on the 26th, but just not keen on going out in the heat.

Monday 27th,  was a public holiday because of Sunday's Australia Day, and somehow I managed to accept two invitations for the same day, as I didn't write one of them down in my diary.
Anyway, we solved it by attending a barbecue lunch at our friends W and L's house by the Canning River.  The ducks were out in force, but no black swans this time.

Around 4pm we left and went to the other "late lunch" at Idalia's house, where we arrived in time for dessert and stayed until 8pm.


And so ended January :)


https://www.crownperth.com.au/summer-at-crown/cabana-lounge?fbclid=IwAR0mUCqv9EmjTM17X9MYJsN94tupiFvP4TLlVZVFKV9QtB_GnWJ2cpjLVy8
Posted by Sami at 00:02