After my long day of walking around the Botanic Gardens and visiting a couple of Museums, Jose met up with me after work at Wharf 5 at the Circular Quay (ferry and train terminal).
We decided we would go to the Botanic Gardens to see the lights festival, so we walked towards the Opera House which was the nearest entrance to that area. 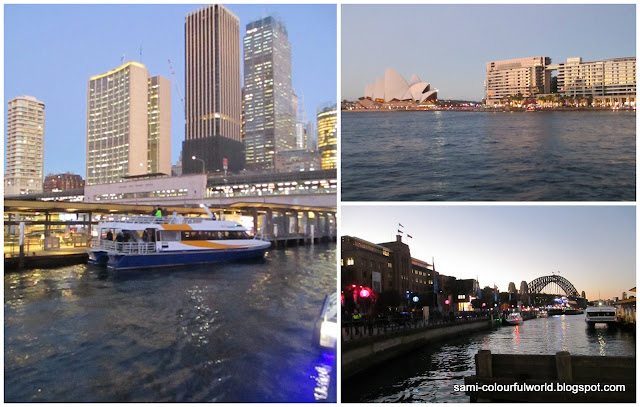 There were thousands of people in line to go into the park, and they had made it so that after seeing the show people came out through another gate, so it all flowed pretty well.
Of course at the other end people were upset they weren't allowed in and had to walk further down to the other gate! Someone at the door had a click counter so I wonder if there were more than the 450 thousand visitors they had in 2017!
The lights didn't disappoint of course, you can see some of these photos I took on my morning walk without the lights on my previous post.

The 8 metre wide crocheted Hyperweb 6 metres up in the air, the sails of the Opera House, the city buildings... 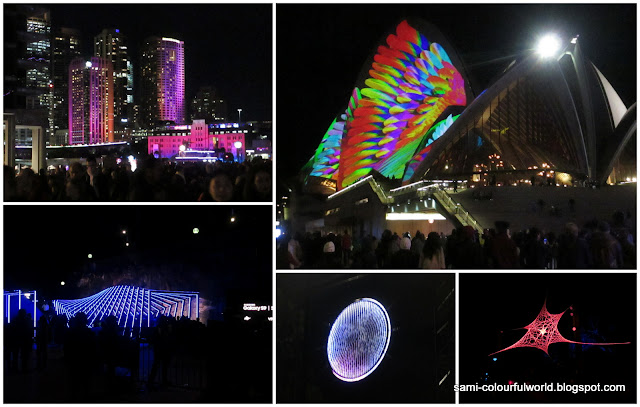 The Nautilus Forest with 24 "trees" and 40 thousand lights came alive with the changing colours. 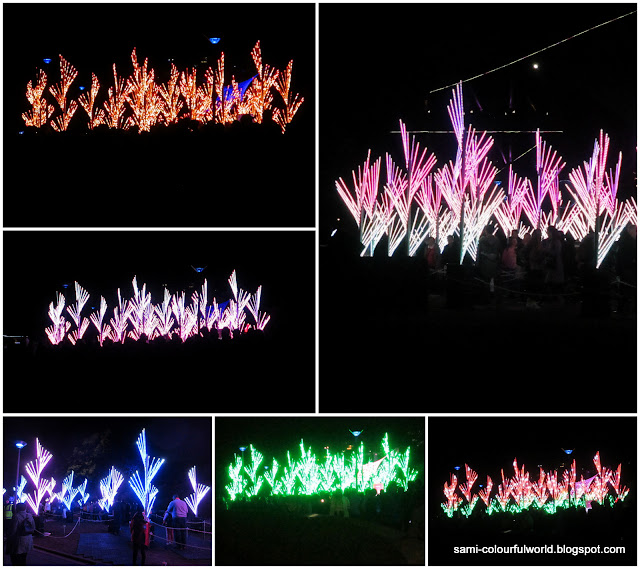 A lot of families were walking around with kids who were having a great time interacting with some of the displays, like the Aqueous (bottom right) where they could jump on the pathways and enjoy the changing colours and light intensity.
The 5 metre wide Bloom  (top left) illuminated with over 1000 bulbs could also be used to take a photo with your face in the middle, and Snugglepot and Cuddlepie, the May Gibbs book characters were also present. 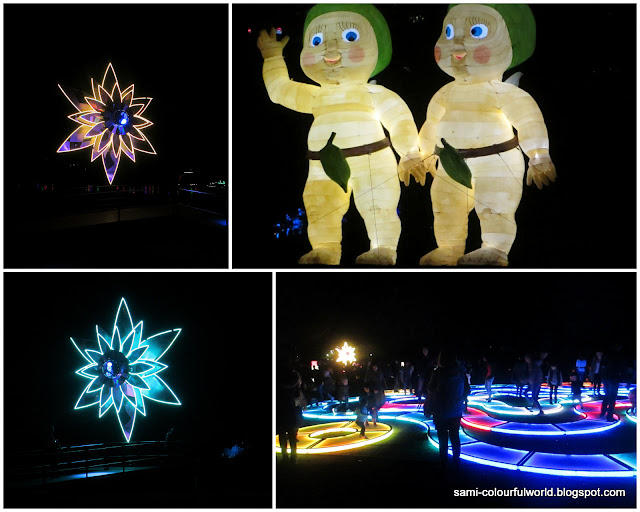 Government House was the highlight for me, with the facade constantly changing with various motifs that celebrated Australia's art and cultural iconography. Sadly my photos don't do it justice. 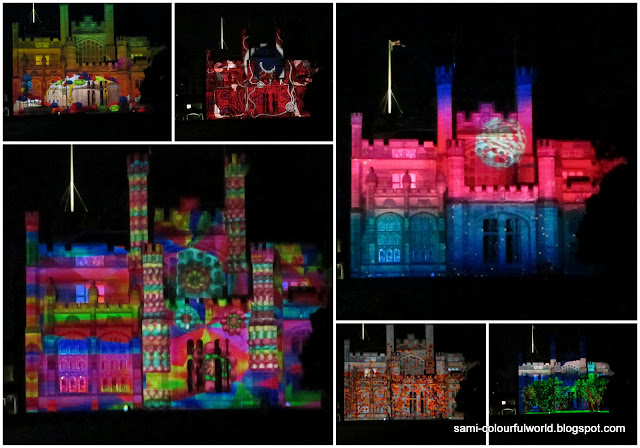 When we left the Botanic Gardens at the other end we walked towards the Rocks area to have dinner.
On the way, just behind Circular Quay was Customs House where we stopped briefly to see the story of "Snugglepot and Cuddlepie" unfold on the facade. Written by Australian artist and illustrator May Gibbs about 100 years ago, Snugglepot and Cuddlepie are two little gumnut brothers who set off on an adventure to see a human, and on the way encounter other creatures.
If you have 10 spare minutes you can watch the whole show that a very patient person posted on youtube 😉.

The Rocks also had buildings on the main street lit up, plus other fun installations and a few trees with either white, purple or blue lights - magical. 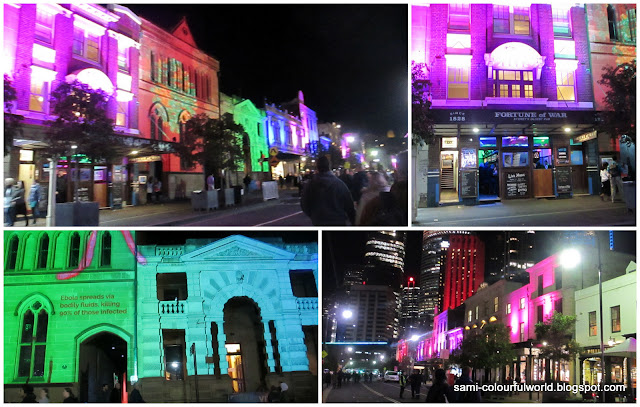 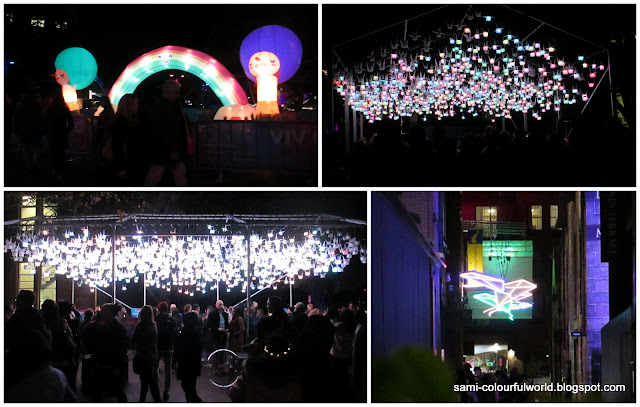 We decided to have dinner at Shiki Japanese restaurant, on the Clocktower building and were given a great table right by the window, from where we had the view below.
The food was fabulous, the service very good and professional, prices were above average but in keeping with the suburb.

A short Youtube video of the Vivid Sydney Lights festival of 2018.