You might remember when back in October I took Shelley to the vet, and he suggested I put her on a diet. As my other two cats were also on the heavy side, I decided to put all three on a diet, as it would be easier having them all eat the same food.

This was also part of a competition at the Lynwood veterinary clinic, to bring awareness of pet obesity.
They started their diet on the 5th of October and I used to weigh them every 3 weeks at home, and would send an email to the vet clinic to update them on their progress.

Eventually the competition came to an end and the vet nurse called me to ask if I would bring all 3 cats in for the official weigh-in. So on Wednesday 18th January I managed to take all three cats to the vet,  one by one, as they get very scared and stressed and just howl all the way there. I also only have 1 carry case, so it was easier to take one in, get the cat weighed, bring cat home, get the other one, etc, etc. Luckily the vet is just a 5 minute drive away!

I have noticed one big change in Shelley too, who at her heaviest was unable to jump onto our bed, which is higher than normal, and now she can easily jump.
She's also a lot more confident and is able to stand up to Fluffy when he bullies her, which is amazing. What a bit of weight loss can do to your confidence!!

Before:  From left to right - Shelley, Fluffy & Twiggy 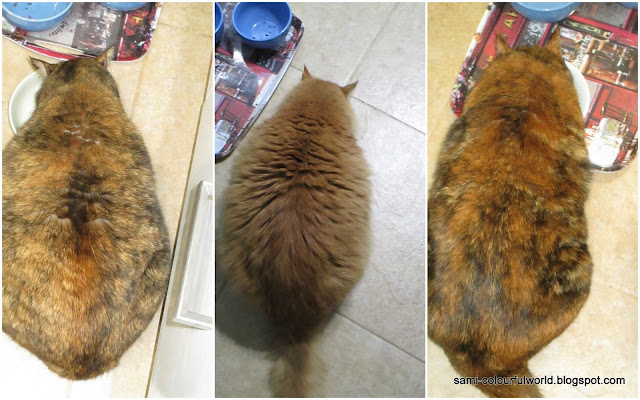 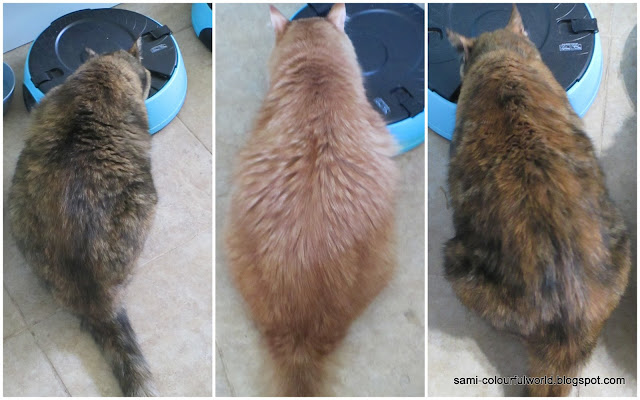 There was also a prize for the winning pet - a cat and a dog - that lost the most weight and guess what?  Fluffy was the overall cat winner!!

And what was the prize?  I was hoping my beautiful Fluffy would win me something like a round the world trip....half a million dollars....but no, he won a 3,5kg bag of Royal Canin weight management dry food.
Oh well, I have to be happy, it's worth just over $50 and it saves me about 4 to 5 weeks on their food costs. 😉

And here is Fluffy with his prize!  😻 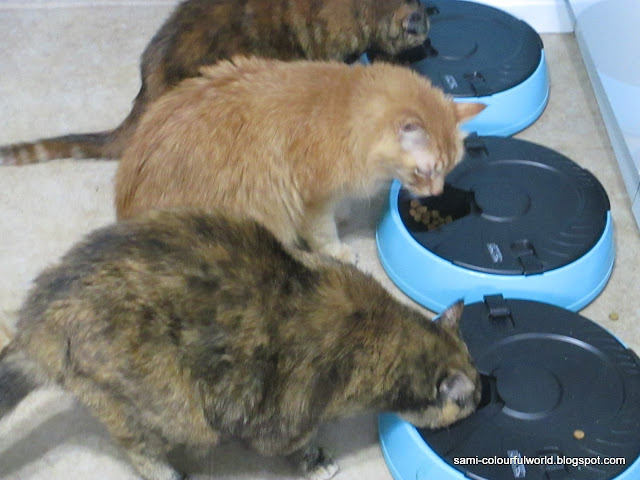 And on a sad note, today marks 2 years since we had to put our cat "Baby" to sleep due to her advanced liver cancer. She was the mother to one or two of our cats and a very loving cat.