I was thrilled to be able to get tickets to attend the only Perth concert of  "Queen" and Adam Lambert, at Perth Arena on Friday 22nd.
I say thrilled because I only bought the tickets the night before!
On my way home from work I heard on the radio about their concert, and as soon as I got home I went online and managed to get two tickets from the very few still available.
Luckily we even got tickets on the second tier, which were great, right in front  the stage. 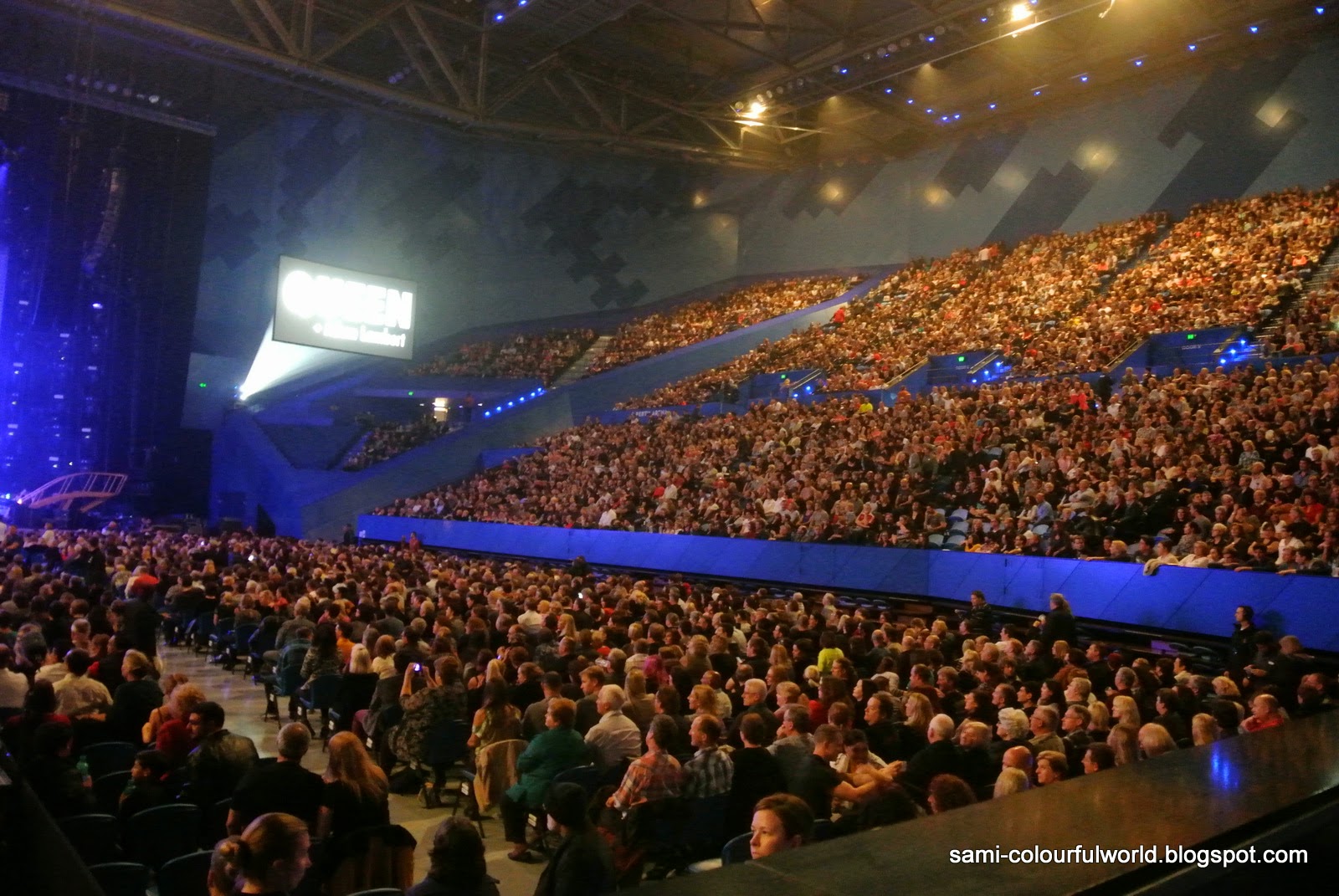 A few "Freddy" lookalikes popped up in the audience before the start of the show drawing applause from the crowd.
The Arena, which seats just over 15,000 thousand people was packed.
I would hate if I had to climb right to the top row on the fourth floor, as looking from below they looked as if those balconies were just hanging there... 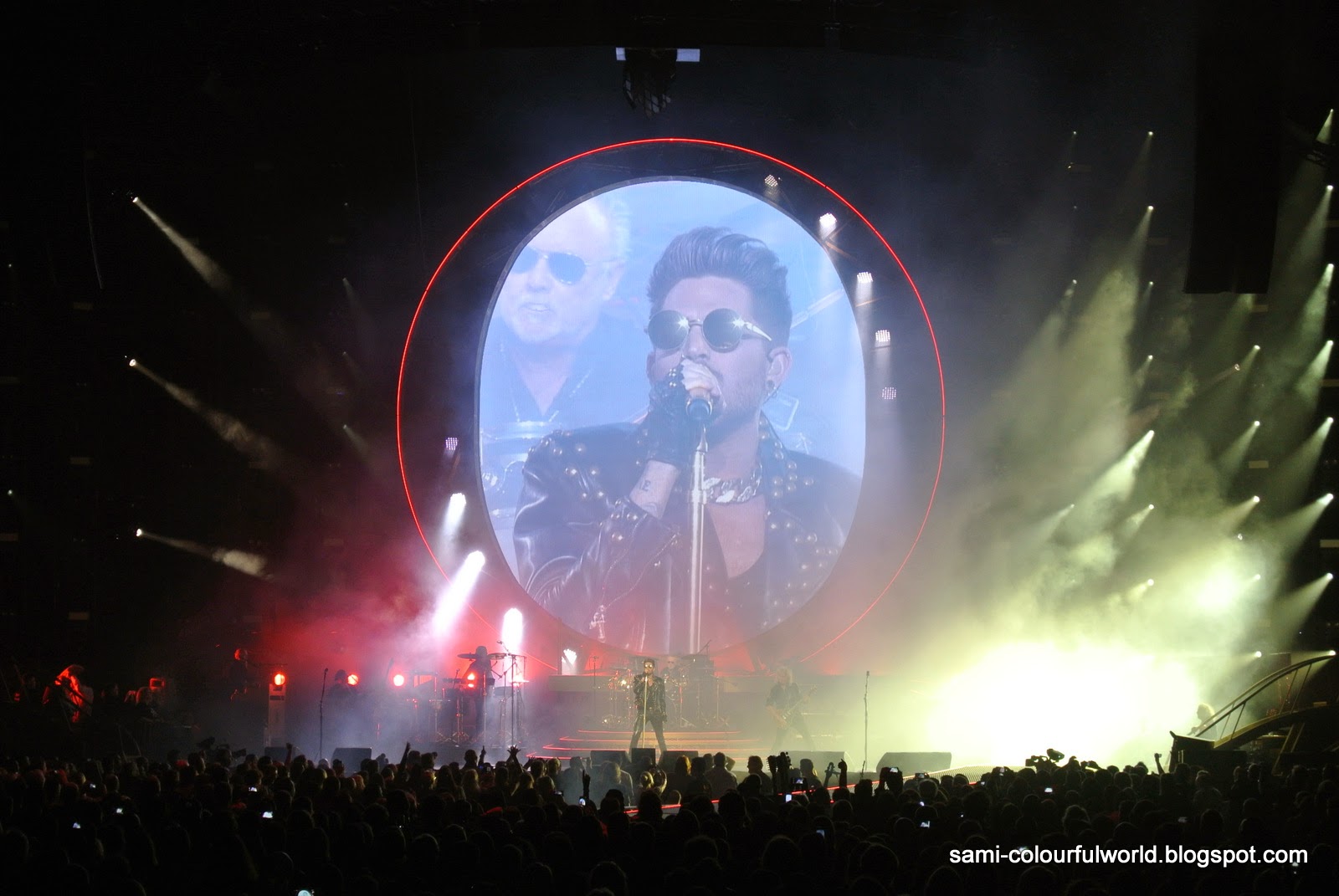 The show opened up with "Now I'm here" , and Adam, who was a runner up in the 2009 American Idol, a confident, flamboyant and energetic young man fits in well with the rest of the band, which now only has two of it's original members - Brian May and Roger Taylor -and for two hours they went through the usual Queen repertoire, in Adam's powerful voice.

Brian May delivered a guitar solo playing "Love of my life", and started by saying "Let's do this for Freddie". Later on screen they showed Freddy on screen singing the vocals. The crowd cheered... 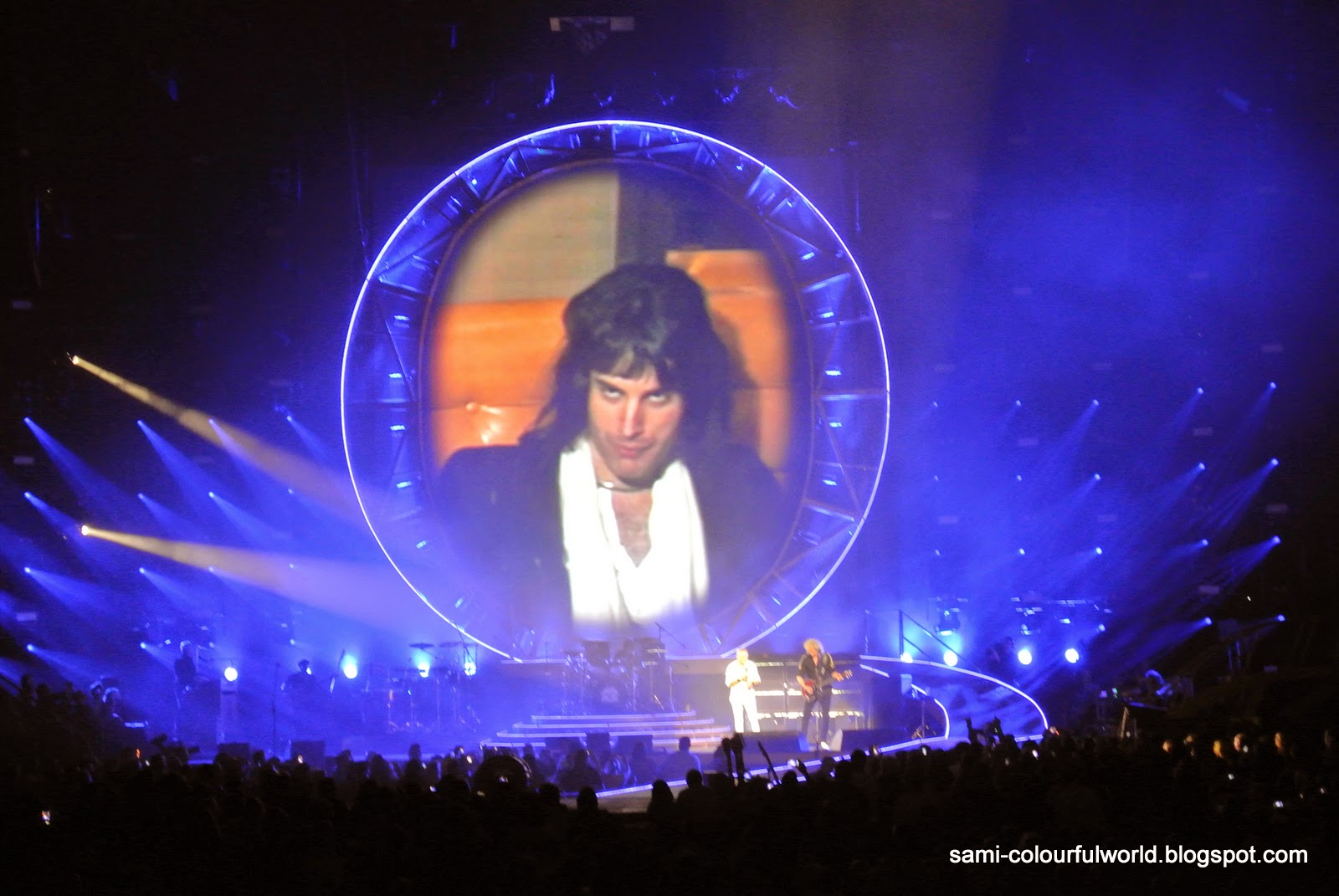 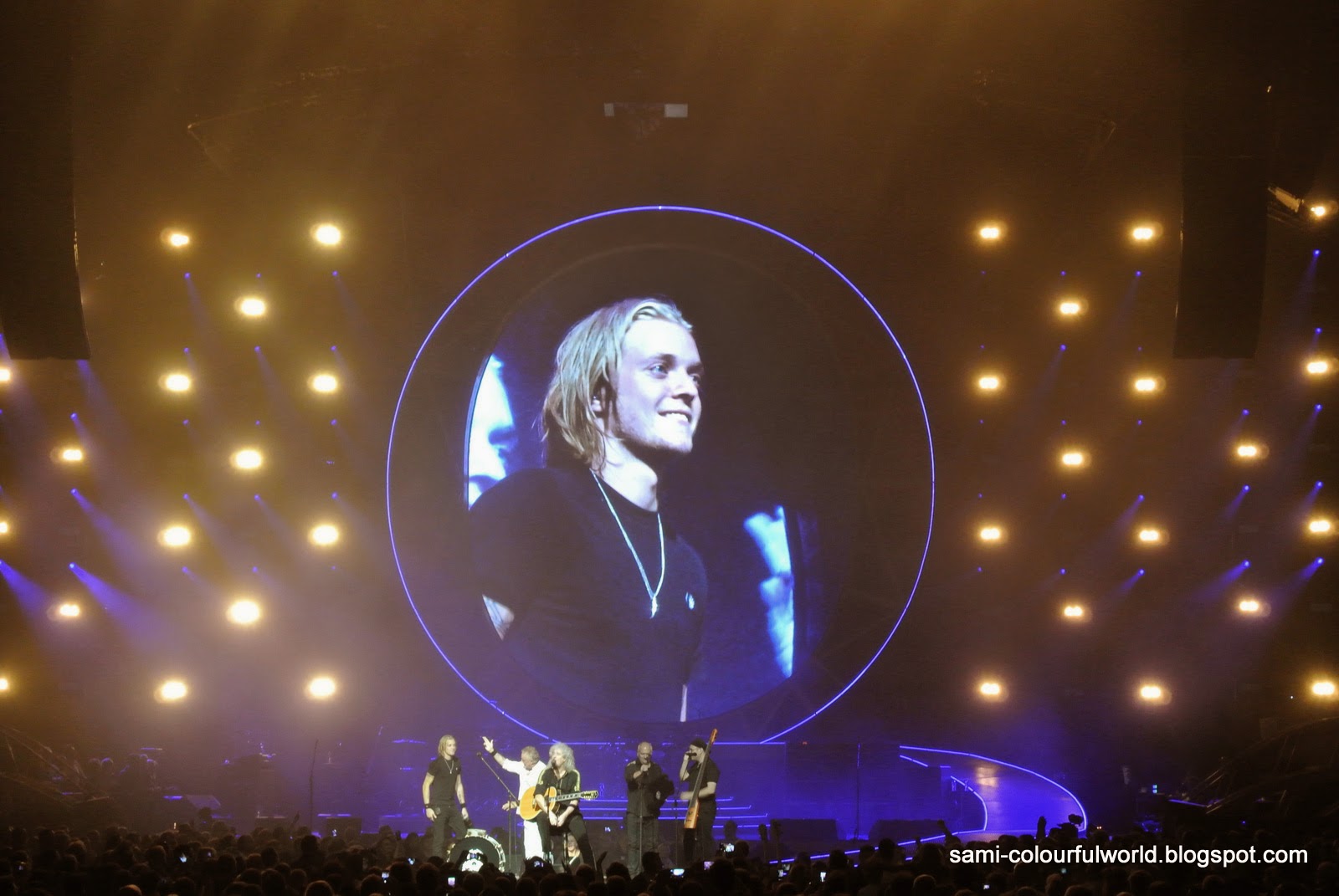 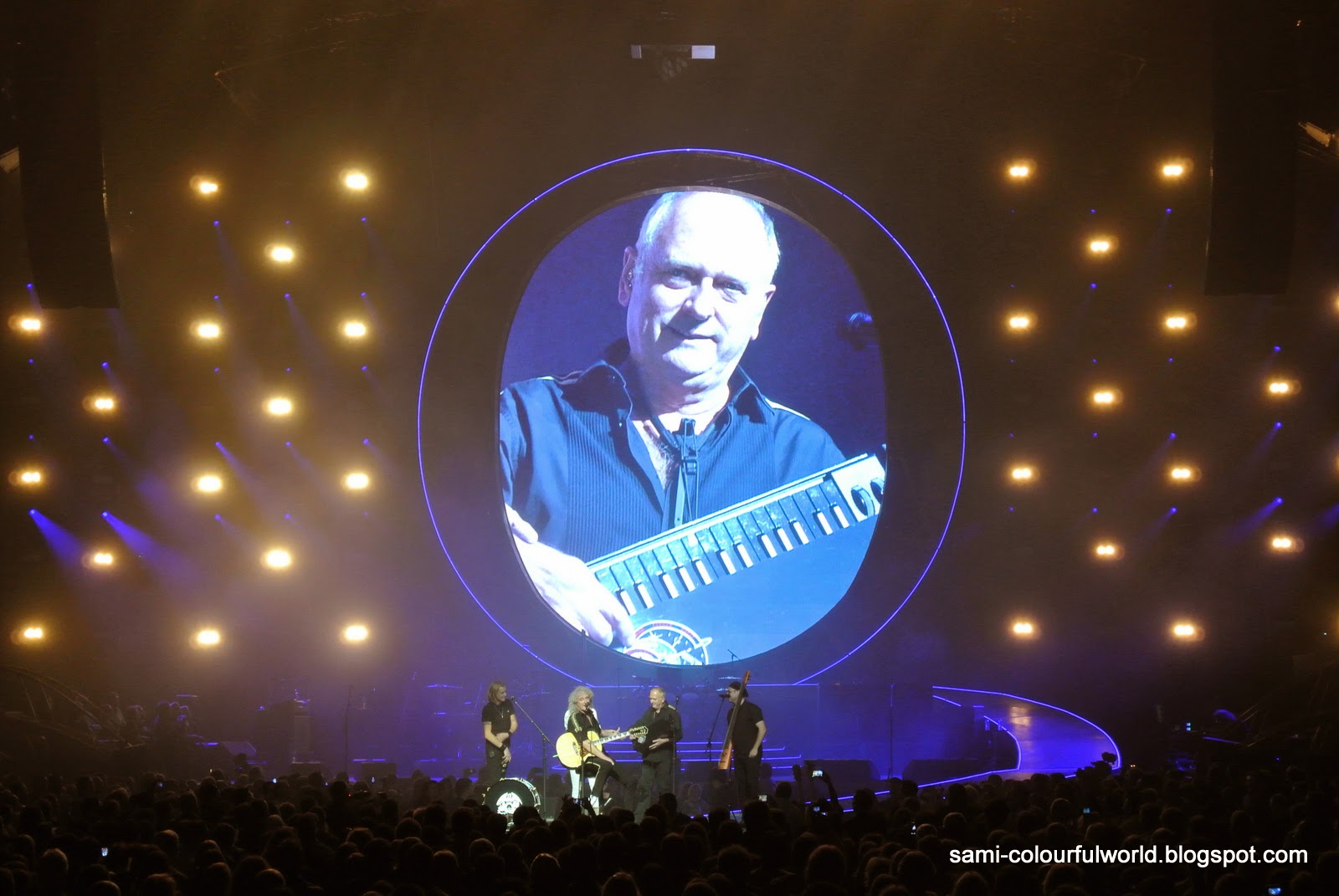 A father and son drumming battle between Roger Taylor and Rufus Tiger Taylor was also one of the highlights. 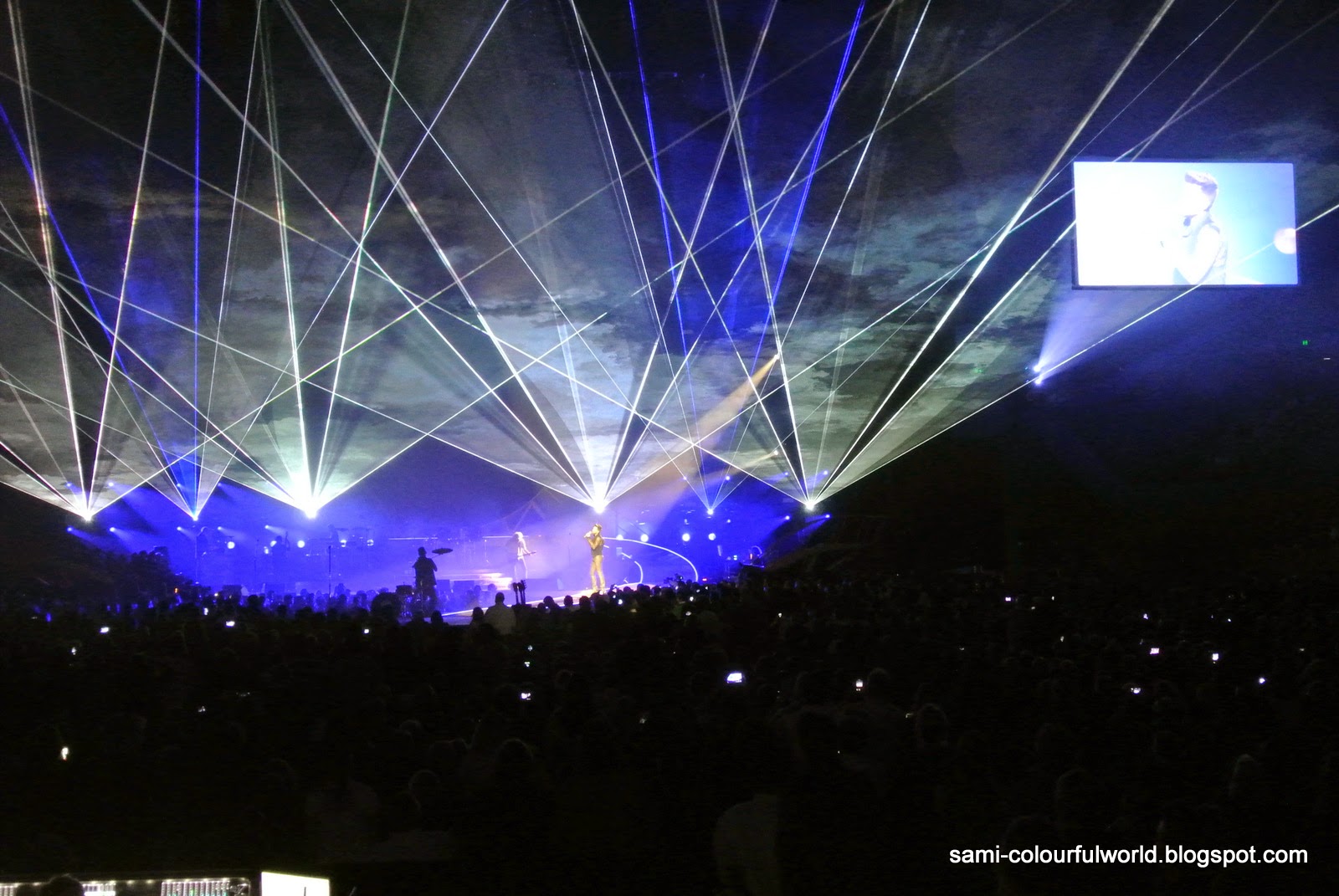 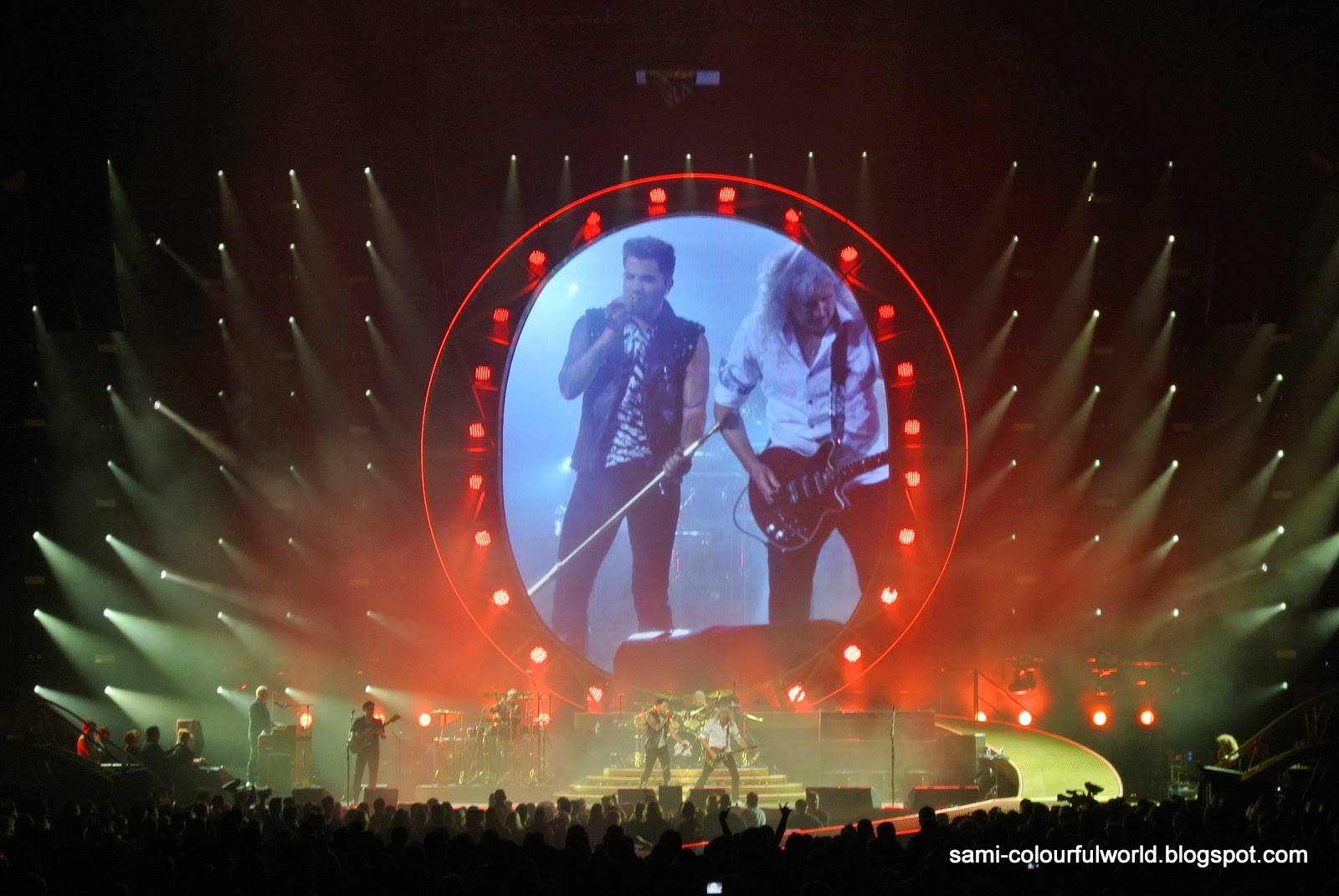 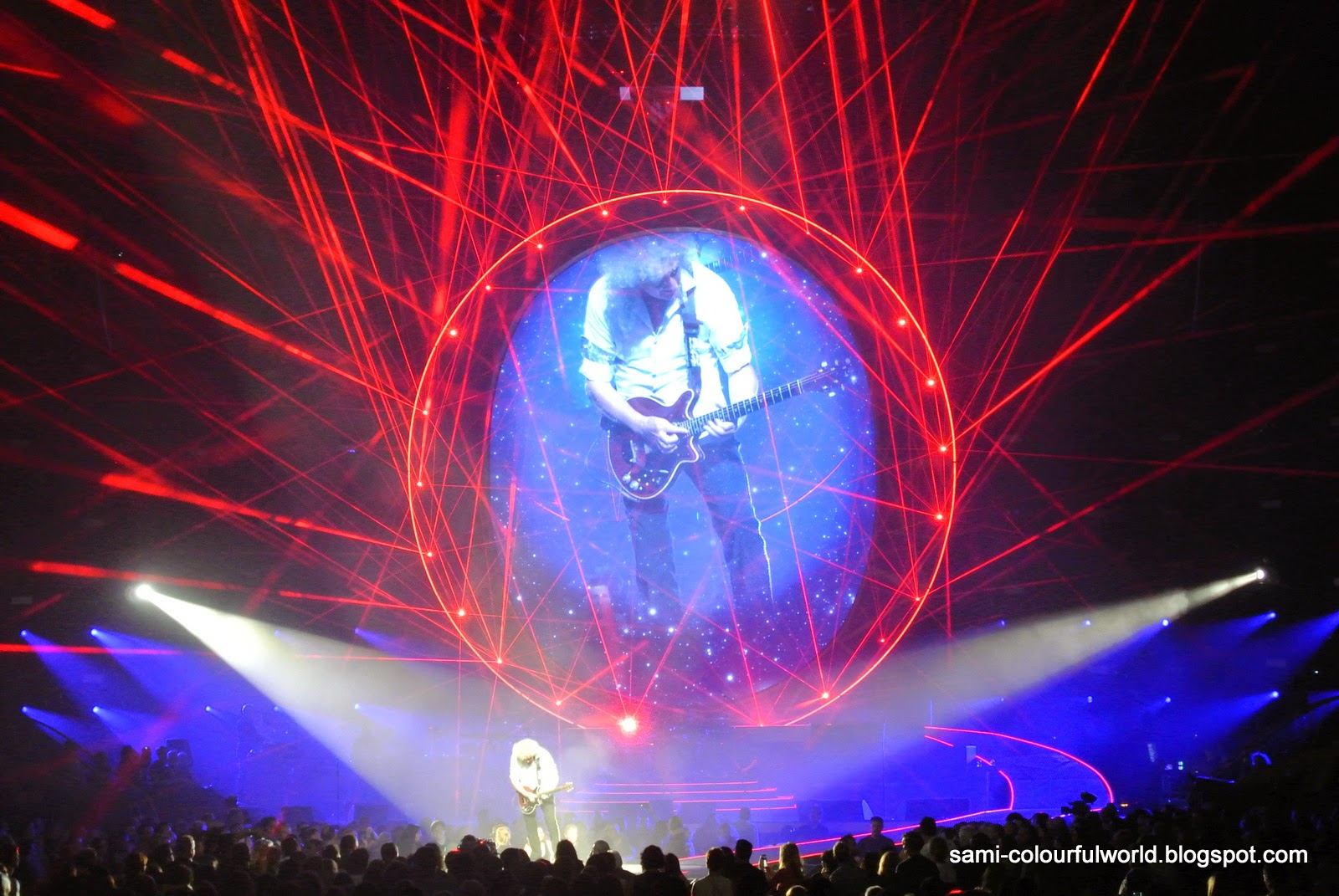 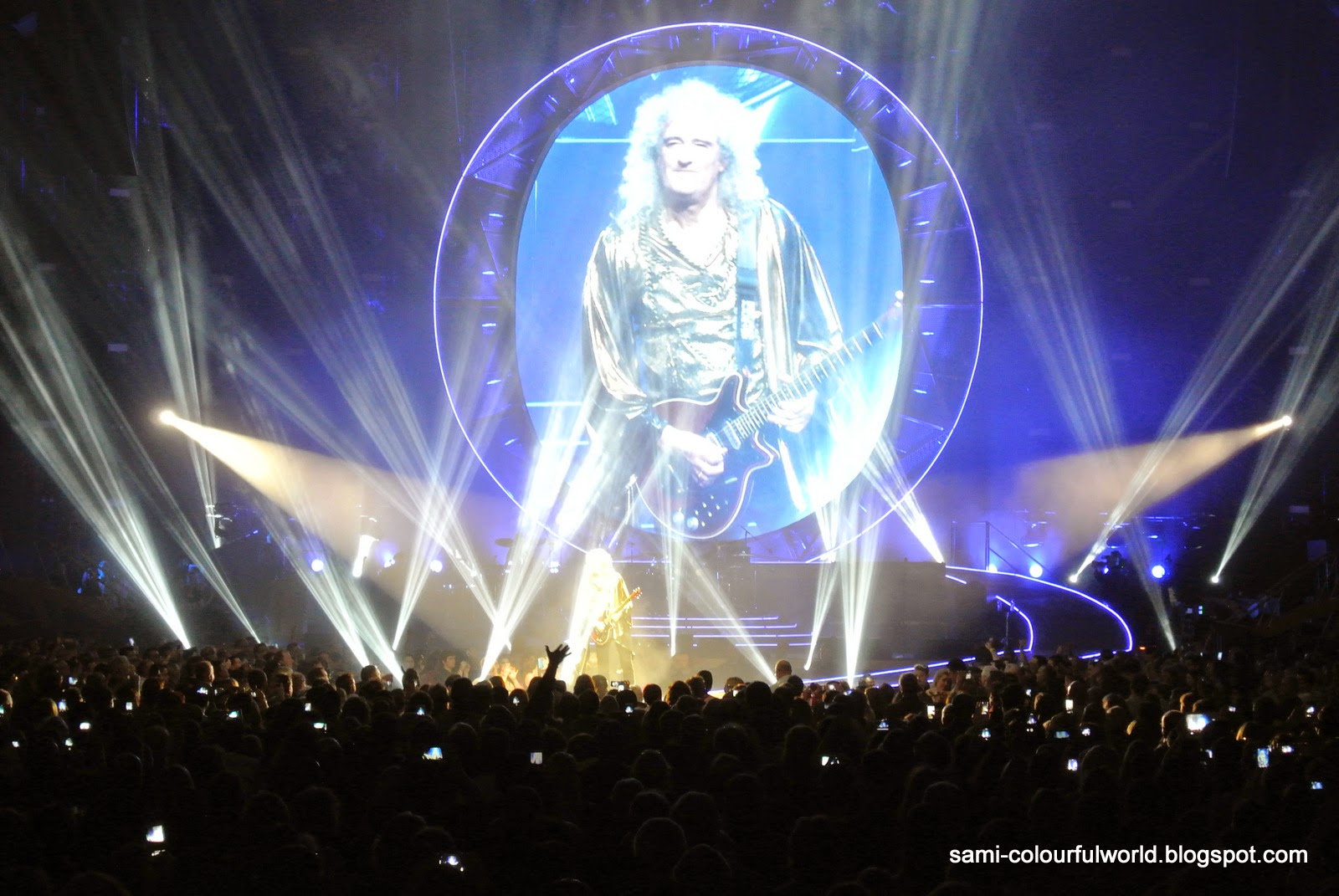 Roger May dressed in a gold cape sang "Bohemian Rhapsody"  with Freddy Mercury once again appearing on screen to sing parts. 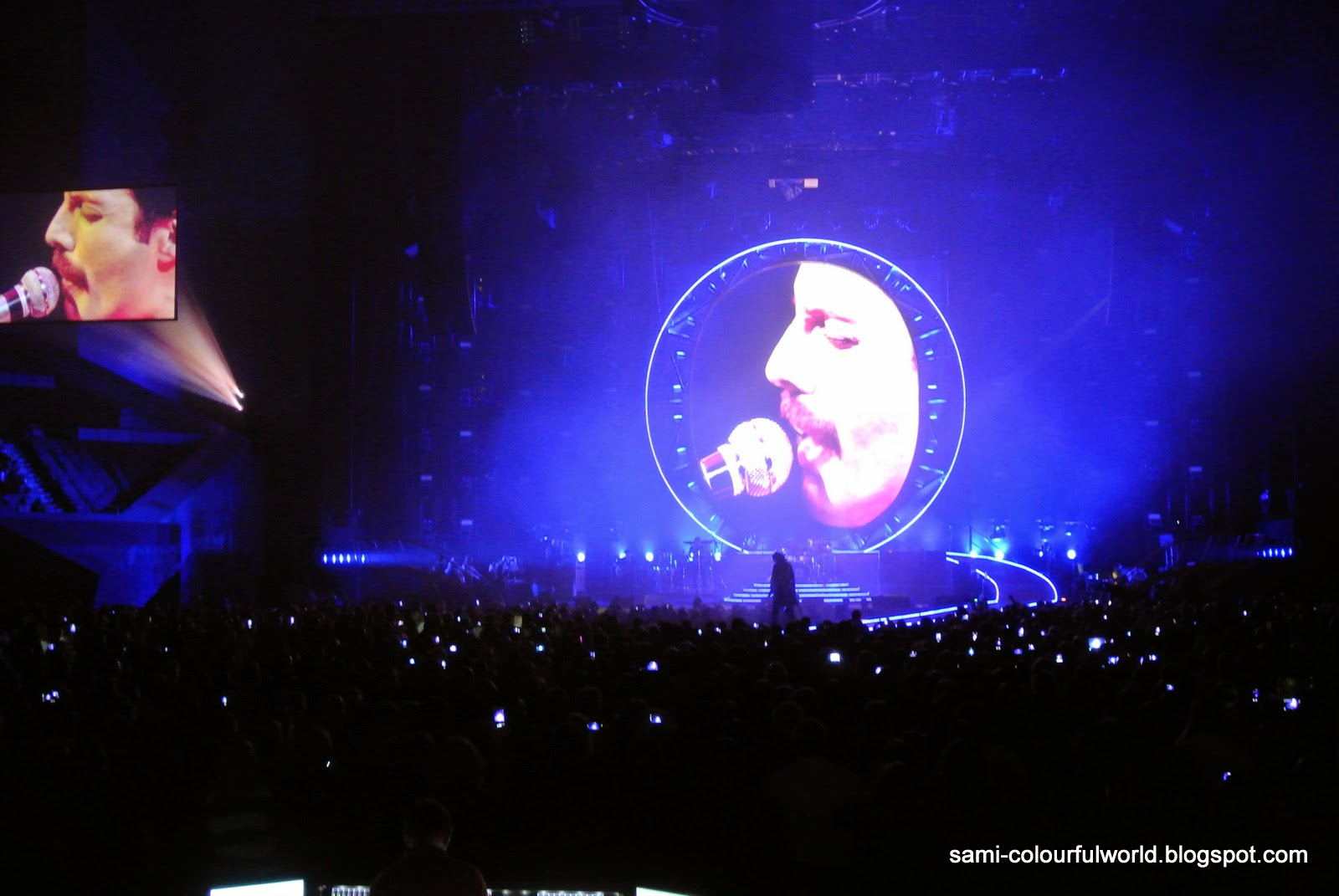 The show ended with "We will rock you" and "We are the champions", with the whole band on stage,  with Adam Lambert appearing on stage with a leopard print suit and chunky gold crown.
Gold streamers were thrown over the crowd, and that was the end! 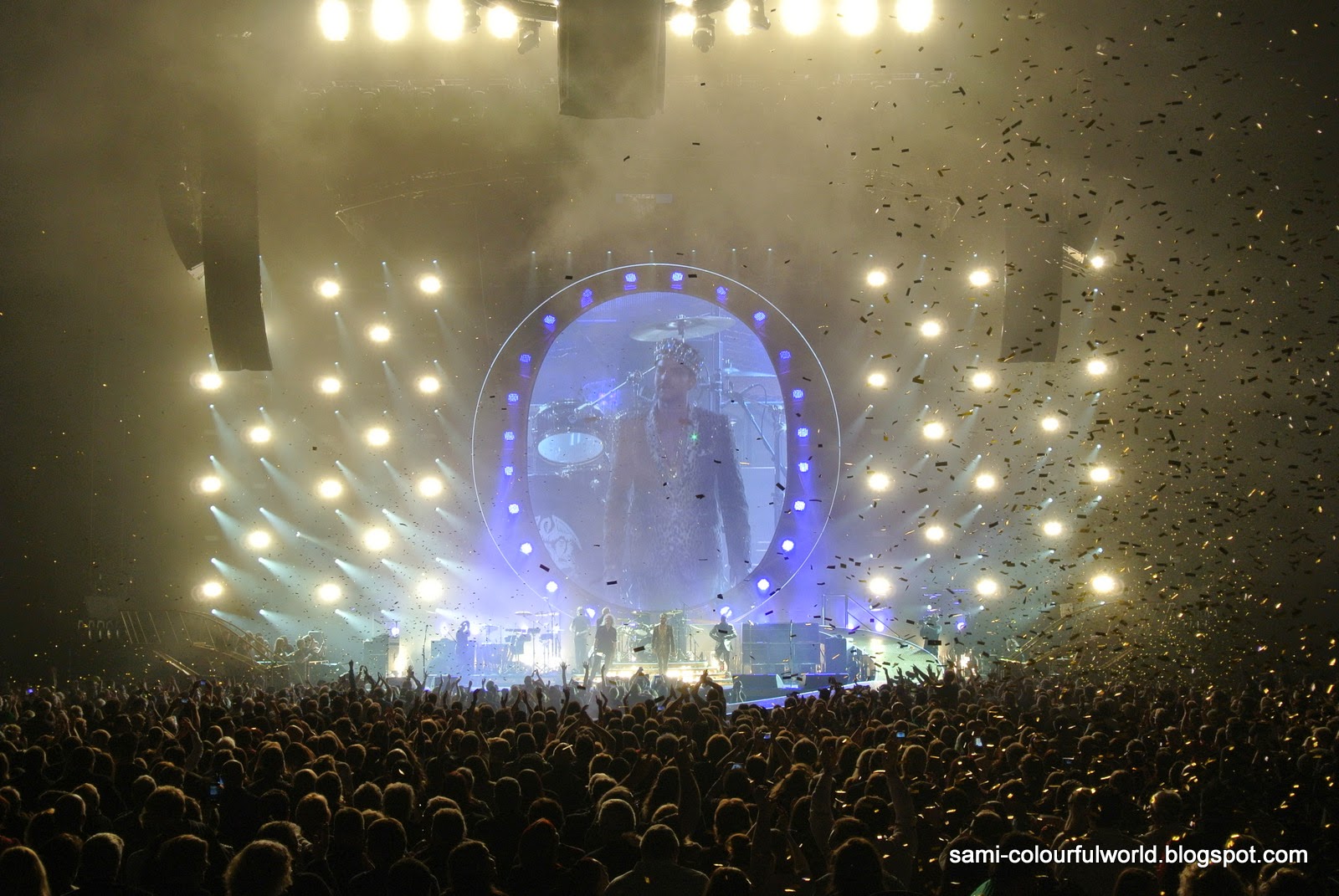 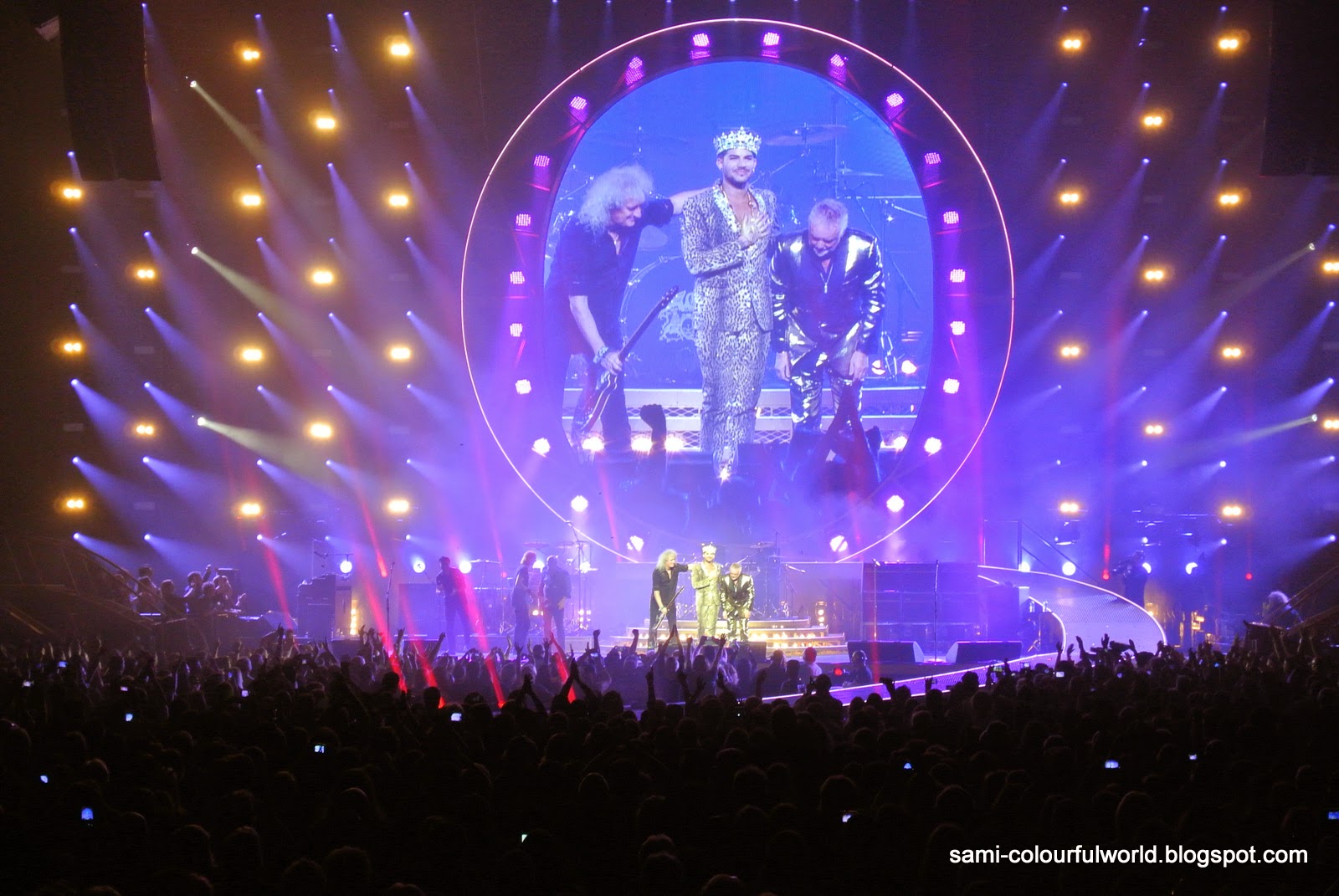 Slowly the crowd exited the Arena...

I loved the show, the costumes, the music, although at times I thought the sound was a bit too loud for me and some of the lights were a bit blinding too, but it could have just been me and my "old ears and eyes"! 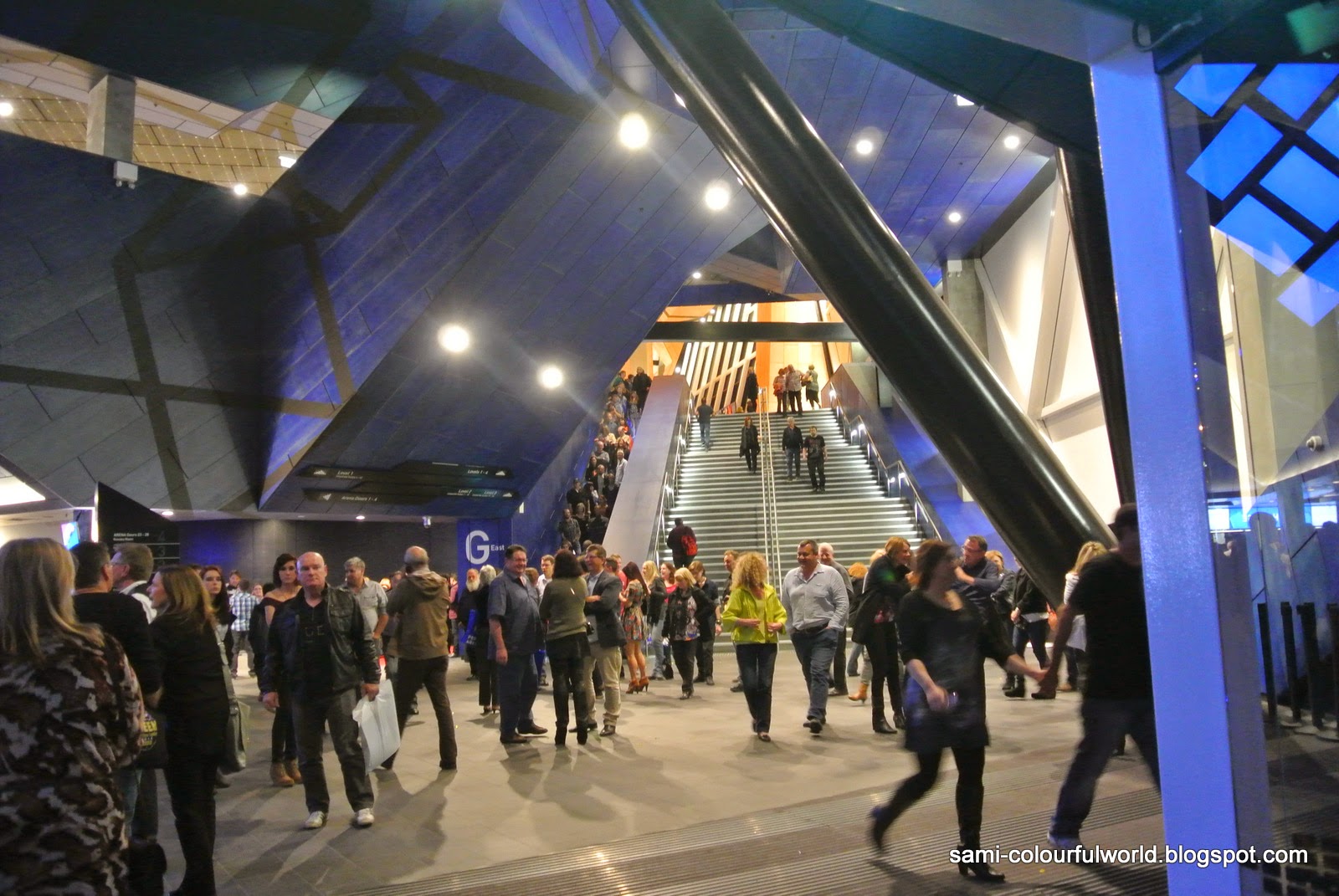 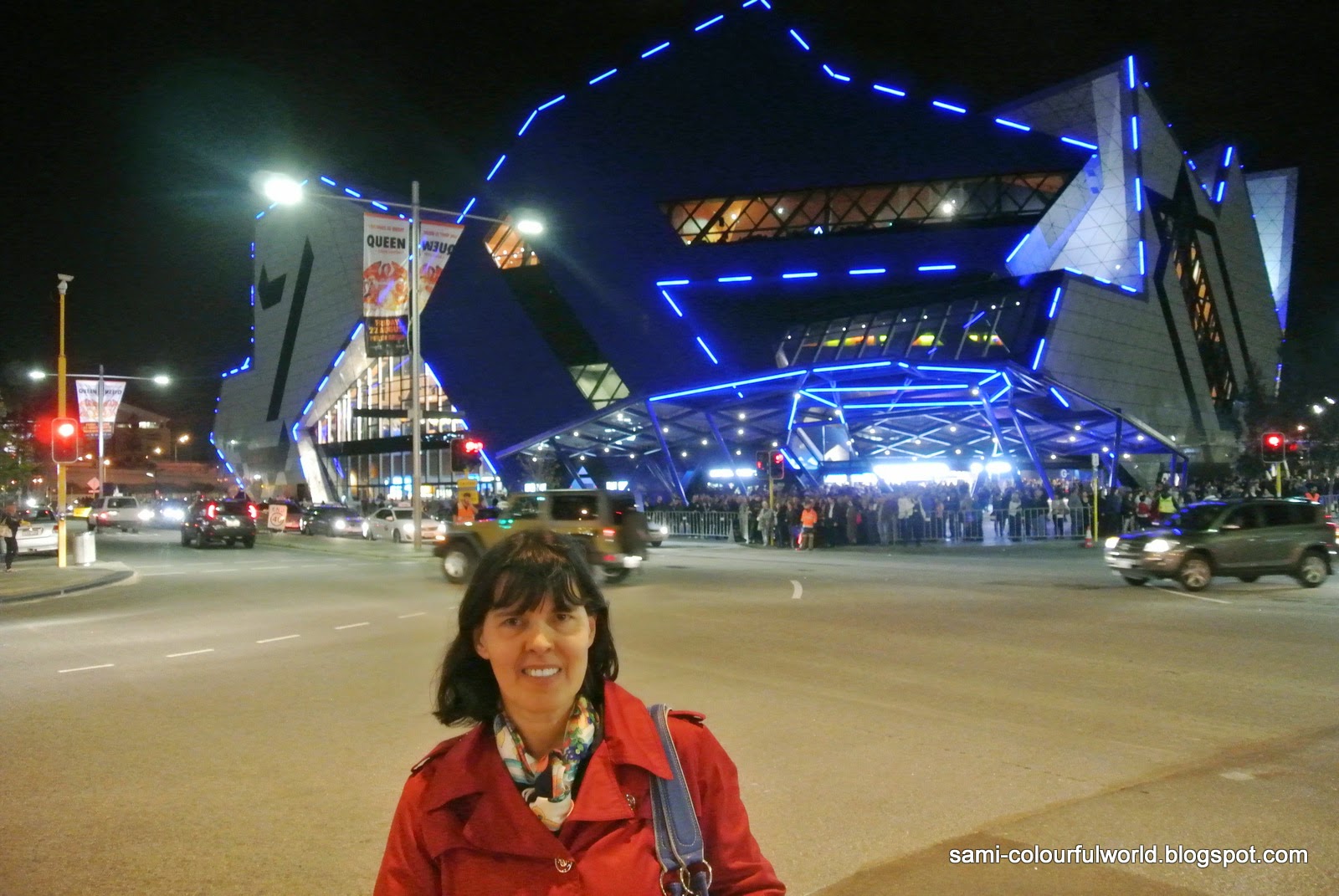 Set list (22 August 2014)
Now I'm Here
Stone Cold Crazy
Another One Bites the Dust
Fat Bottomed Girls
Lap of the Gods
Seven Seas of Rhye
Killer Queen
Somebody to Love
I Want It All
Love of My Life
'39
Days of Our Lives
Under Pressure
Dragon Attack
Who Wants to Live Forever
Tie Your Mother Down
Break Free
Radio Ga Ga
Crazy Little Think Called Love
Bohemian Rhapsody
We Will Rock You,
We Are the Champions

The video of the last two songs sung at Perth Arena:

PS : My son and daughter in law arrived tonight from their European holiday and I'm glad to have them safely back home.

Email ThisBlogThis!Share to TwitterShare to FacebookShare to Pinterest
Labels: Movies Music and Books